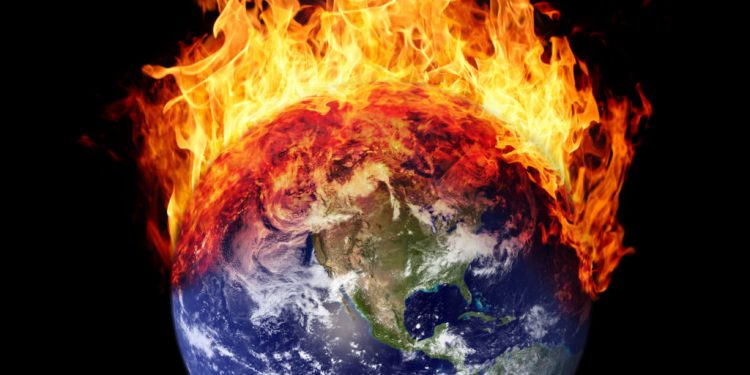 Ever since I was a small child, I have listened to people talk about global warming and climate change. Back then I had no idea what it meant. Was our planet going to catch on fire? Were we all going to die? And why did no one seem to agree if it was fact or fiction?

I come from a family of old school sheep and beef farmers that believed it to be a myth, or at least an over-exaggerations by scientists. As I grew up, I became increasingly more inquisitive, always asking how could something as large as our planet be warming? And what could be the cause?

Many of my questions were left unanswered until I started high school and discovered science. Straight away I fell in love with its explanations for how everything functioned. Everything from the stars in the sky right down to the soil beneath our feet (and even further down to the centre of the earth).

Global warming quickly became a topic that piqued my interest. The more I learnt, the more obvious it became that it was a very real, very serious problem. What exactly is global warming? Thankfully, the planet isn’t going to literally catch on fire like I once thought (although fires will be more likely). The temperature of our planet is slowly increasing each year due to ‘dirty industries‘ pumping pollutants, called greenhouse gases (GHGs), into the atmosphere.

These gasses end up trapping heat from the sun, rather than it being reflected back into space. This heat warms the atmosphere, resulting in extreme weather events becoming more frequent . This means more forest fires, droughts, floods and heatwaves, which combined have disastrous effects on the environment and negatively affect many peoples’ lives.

Studying environmental science at university has taught me all of the main contributors to this problem. A major issue for New Zealand (NZ) is the gas methane. Methane makes up the majority of NZ’s agricultural GHG emissions, and it often comes from farm animals, such as sheep and cows. These animals produce methane during their digestive process and release it into the air by burping! Scientists have estimated that 40% of the total warming effect generated by human activities is due to methane.

Under the Climate Change Act, NZ must reduce methane emissions from agriculture by 10% by 2030, and within the range of 24-47% reduction by 2050 (NIWA). Hence finding methods to reduce the amount of methane produced by animals is particularly important.

The paper by K.T. Rangubhet and colleagues in the Journal Animal Feed Science and Technology found that by adding spent mushroom substrate (SMS) to cow food, that their methane emissions were significantly reduced.

Mushroom substrate refers to the waste generated from mushroom production and is usually found in abundance after a mushroom harvesting period. The chemical composition of the mushrooms affects an animal’s fermentation and ecology. A useful byproduct of this is reduced amounts of methane burped into the atmosphere. Applying SMS to the feed of dairy cows could reduce the amount of emissions that animals contribute to greenhouse gases.

Fungi – an image by Adrian Paterson

Adding spent mushroom substrate uses diet and nutrition as a method to reduce GHG emissions throughout NZ. It is an approach that could allow our country to achieve the reduction goal set by the climate change act. Since this is in the next 8 years, SMS may be able to help NZ achieve these goals, especially as it is cost-effective and easy to apply. Other approaches are herd management, where animal breeds are selected that can utilise food more efficiently, and emit less methane. The strategy also includes reducing the number of unproductive animals in a herd to improve profitability.

If these methods continue to show promise by substantially reducing methane emissions from dairy cows, this could be applied to farms throughout NZ. SMS could make a real difference to this country’s effort to prevent climate change due to GHG. This could then be part of a global solution to help to mitigate climate change and slow down our planet’s increasing temperature.

The author Polly Cavanagh is a postgraduate student in the Master of Science -Environmental Science taught at Lincoln University. This article was written as an assessment for ECOL 608 Research Methods in Ecology.

Effective engagement with Africa: Capitalizing on shifts in business, technology, and global partnerships