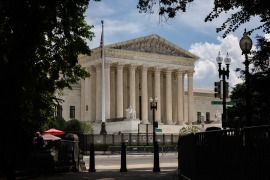 For much of U.S. history, frequent Supreme Court appointments by popularly elected presidents meant that Court decisions rarely countered, at least for very long, what one scholar referred to as “policy views dominant among the lawmaking majorities of the United States.” But justices’ lengthening tenure and aberrations in the appointment process have upset that analysis: two Clinton, Bush and Obama appointees, each in eight year presidencies, for example, then three Trump appointees in his four years in office.

Those Trump appointees created the majority in Dobbs v. Jackson Women’s Health, which overruled Roe v. Wade. It did so in the face of majority sentiment, but the Dobbs majority opinion said: “[W]e cannot allow our decisions to be affected by any extraneous influences such as concern about the public’s reaction to our work.” It quoted Chief Justice Rehnquist’s call for overruling Roe in 1992: “the Judicial Branch derives its legitimacy not from following public opinion, but from deciding by its own best lights whether legislative enactments of the popular branches of Government comport with the Constitution.”

Rehnquist was no fan of judging by Gallup, but he appreciated the importance of “putting a popular imprint on the federal judiciary.” Judges, he said in a 1996 lecture, are put in office by presidents “elected by the people of the entire nation” and senators “elected by the people of their respective states. Both . . . have felt free to take into consideration the likely judicial philosophy” of prospective judges. “Thus,” he said, “there is”—and by implication should be—“indirect popular input into the selection of federal judges.”

A recent op-ed claimed that “popular input” for Dobbs: “The court’s composition was effectively on the ballot in 2016 as Justice Antonin Scalia’s unexpected passing meant that only Donald Trump’s victory would prevent Democrats from cementing a 6-3 majority of their own.” The Court was on the ballot, but the balloting hardly signaled a popular mandate for the 6-3 anti-Roe majority.

Roe was overturned by what another pro-life columnist acknowledged was “a somewhat accidental supermajority.” Trump owed his three Court appointments to federalism’s peculiarities in both the Electoral College and the constitutionally malapportioned Senate. He lost the popular vote by nearly 3 million. And the Senate—with 51 Republicans (2017-18) and 53 (2019-20)—confirmed all three nominees by the votes of senators representing less than half the U.S. population—from 44% for Kavanaugh to 47% for Barrett, based on the rough calculation of ascribing the total state population to the “aye” column where both of a state’s senators voted aye, and half of it in split delegations.

But things might not have been much different had Hillary Clinton won a 2016 Electoral College majority as well as the popular vote. She still would have faced a confirmation process in which presidents will usually need party control of the Senate to appoint justices.

Here’s some speculation about the Court’s composition had the 2016 popular vote winner been in the White House the next four years.

It’s plausible that a Clinton nominee—even a pro-Roe nominee to replace the anti-Roe Scalia—would have gotten a floor vote, given Majority Leader McConnell’s elliptical 2016 statement denying a vote to Obama nominee Garland: the Scalia “vacancy should not be filled until we have a new President.” In 2019, he allowed—postulating a Republican-majority Senate and Democratic White House, albeit in 2021—“I can’t imagine any scenario under which in the early part of any president’s term you would not have a vote.”

He added that a vote “doesn’t mean the person will necessarily be confirmed.” But in the case of an early 2017 Clinton nominee, it’s conceivable that at least one Republican would have joined 49 Democrats to create a 50-50 tie that Vice President Kaine could break. On the other hand, Clinton was a polarizing figure, and Trump—who insisted in 2017 that he “won the popular vote if you deduct the millions of people who voted illegally”—would no doubt have maintained a drumbeat of fraudulent election charges that could have forestalled confirmation.

With a Democrat in the White House, would Kennedy have retired at age 82 (recent justices have hung on longer) or waited until at least 2021? If Kennedy did retire during the hypothetical Clinton administration, would the Senate have confirmed another pro-choice nominee? Or might McConnell, after allowing a vote on Clinton’s “early-term” nominee, then insist that the Senate consider no one else until after the mid-terms, which could (and in fact did) produce a larger Republican majority? (In June 2021, McConnell was noncommittal about even giving a Biden 2023 nominee a hearing in a Republican Senate.)

Unless Kennedy took a “retire-when-my-successor’s-confirmed” posture (as Breyer would in 2022), a stalemate might have produced a short-handed Court. (The Court had eight members for almost a year after Fortas’s May 1969 resignation; the Democratic Senate rejected well-qualified Nixon nominee Clement Haynsworth and decidedly unqualified Harold Carswell before confirming Blackmun—even though he was then perceived as a conservative.)

After Ginsburg’s death, the Republican Senate confirmed Barrett as Trump was being voted out of office but would not have considered a Democratic president’s nominee—not because of some informal rule but because they could. Roles reversed, ditto for Democrats. (McConnell’s repeated claim that “you have to go back to the 1880s to find the last time an election-year vacancy was filled during divided government overlooks not only the fact that from the 1880s to 2016, all election year vacancies occurred during unified government—except Eisenhower’s 1956 recess appointment of Brennan, which the Democratic Senate surely would have confirmed, and Kennedy’s 1988 confirmation after two failed Reagan candidates in 1987.)

So, at the end of President Hillary Clinton’s first four years, this is a possible situation:

(Had pro-choice Kennedy stayed in office, he still likely would have joined the conservatives on other questions—Second Amendment, administrative agencies.)

From 2021 on, speculation gets even iffier. If re-elected in 2020 and facing continued divided government, would Clinton have submitted compromise nominees or seen stalemate? Or would she have Biden’s razor-thin Senate majority (even without Trump’s outgoing rantings that many believe caused the two Georgia Senate victories that created the 50-50 Senate)? Or would the voters, tired of three successive Democratic administrations, have elected a Republican in 2020? That president would have filled the Ginsburg vacancy and any Kennedy vacancy that was either left-over from a stalemate or that Kennedy would have created once a Republican was in the White House?

It’s conceivable—had Clinton been elected in 2016—that the Court in 2022 with a Republican in the White House and Dobbs on the docket, would have had one Hillary Clinton appointee (instead of Gorsuch) and thus a four rather than three-member “liberal bloc.” And, rather than six justices to sustain the Mississippi statute and five to overturn Roe, five-members to sustain the statute but only a four-member plurality to overturn Roe. Or with a 2020 re-election and a Democratic Senate, three Clinton appointees joining the liberals already there.

The bigger picture, however, is that in divided government, a hypothetical president with an almost 3 million popular vote margin in 2016 would probably have needed a second term to preserve a pro-Roe majority despite three vacancies.

In reality, a 2016 popular vote loser with a malapportioned Senate majority profoundly reshaped the Court.

Public respect for the Court has been sinking over the last decade or more. In June, after the release of the Dobbs draft and just before the Court confirmed it, Gallup reported that confidence in the Court, which had been averaging 47% between 1973 and 2006, was now at 25%, in the ballpark with other institutions. The abortion decision isn’t helping, with Pew reporting 57% disapproving of Dobbs (82% for Democrats and Democratic-leaning Independents).

Time will tell how much the current majority’s apparent interest in revisiting other areas of settled law will further weaken its public standing, and with what consequences.

Improving international regulatory cooperation in an age of trade skepticism