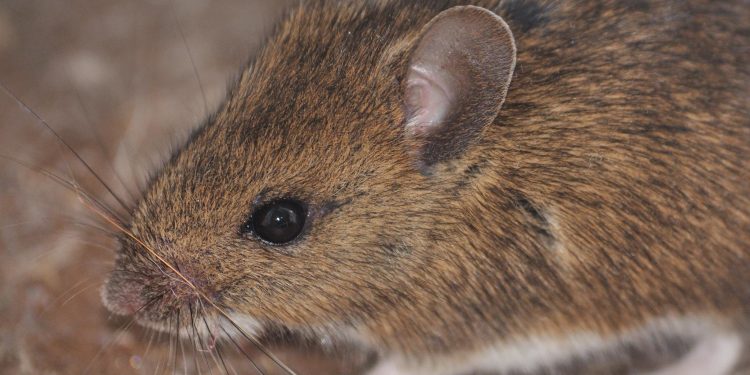 Depending on who you ask, mice are cute and cuddly, or they are demonic beings sent to torment humanity. Personally, I think it’s a bit of both. They are cute, but not when they are eating their way through our native lizards and insects. But either way, they are a pest species in New Zealand: great at both invading new lands and in avoiding capture once they are there.

This was the case with Ōtamahua/Quail Island. A small island in Lyttleton Harbour, Quail Island has an interesting history. Its English name comes from the New Zealand Quail that lived there until 1875, when it went extinct. Its Māori name, Ōtamahua, means “the place where children collect seabird eggs,” also referencing its abundant wildlife. During the early 1900s it was used to quarantine people with dangerous diseases, including the Spanish Flu and Leprosy. It was later used as a training ground for dogs going to Antarctica for some of the early expeditions.

Although cleared for agriculture in the 1800s, today much of the island is being restored, with native plantings returning large parts of the island back to a more pre-European, forested state. Alongside this, various pest control operations have been undertaken to remove the invasive mammals from the island. Overall, this has been very successful, with hedgehogs, feral cats, stoats, rabbits and even rats all having been successfully removed from the island within the last 25 years.

That brings us back to the problem of mice. Mice are famously difficult to get rid of, as anyone armed with a single mouse-trap and a severe mouse phobia will probably tell you. Expand that to a project the size of Quail Island, and it can be a real issue. It is possible – mice were completely removed from Antipodes Island as recently as 2018. So, it can be done. The question is: how?

Mike Bowie, Jacky Madi Corodji, Denise Ford, James Ross, Ian McLennan, Rachel Fewster and Elaine Murphy attempted to do just this in 2009/2010. This group represented various organisations, with researchers from Lincoln University, the Quail Island Ecological Restoration Trust and the Department of Conservation. They published their attempt in the New Zealand Journal of Zoology (“Mouse management on Ōtamahua/Quail Island – lessons learned“). This was not the first attempt to remove mice from the island – there were two unsuccessful attempts before it. But the mice were proving to be stubborn.

There are two major problems with attempting to remove mice. The first is that they breed a lot. You only need to miss a couple of them (or even a single pregnant female), and all of your efforts will be for nought. The other problem is that Quail Island is fairly close to the mainland, and mice can swim. There is a nearby island – King Billy Island – that can act as a “stepping stone” for mice (and other predators) to return to Quail Island. The researchers thought about this and trapped on that island, as well as the closest point on the mainland. Unfortunately, some mice managed to survive these attempted eradications.

Mike Bowie, one of the lead researchers involved in attempting to eradicate the mice, believes that they simply missed some individuals already on the island. He told me “[mice] probably just weren’t all eradicated as they started re-appearing at several sites around the island.”

If mice had recolonised from the mainland, you would expect to have detected them at a single site, and they would spread from there. Since this didn’t happen, they likely weren’t eradicated in the first place. Mice weren’t detected on the island for several months after the eradication attempt, but they were not gone. Their numbers were simply too low to be detected. Unfortunately, that was still enough mice to repopulate Quail Island.

So, it didn’t work. What went wrong? What could they do better next time? Not achieving your goals can still be useful if you can learn from your attempts. This attempt was believed to be in line with the guidelines for eradicating mice, suggested by Keith Broome and others (“Mouse eradication using aerial baiting: Current agreed best practice in New Zealand“). However, afterwards, the researchers noticed that the poisoned bait was not dropped close enough together in all parts of the island.

The coastline bait coverage met the standard suggested by the best practice document, but the interior of the island did not. Seemingly small mistakes like this can be the difference between success and failure. A more even spread of the bait will likely be necessary to eradicate mice for good. This will be helped by improved technology, so it will likely be easier to achieve now than it would have been 10 years ago.

So what is happening on Quail Island in the present day? Mike Bowie lists deer and mice as the two largest issues facing the island today. Deer are an issue due to their browsing on plants, which works directly against the replanting efforts of volunteers. Mice remain the only mammalian predators on the island, largely due to the intensive trapping on King Billy Island and Moepuku Point (the part of the mainland closest to the island).

New Zealand is a world leader when it comes to pest eradications, but this project shows that you can often learn more from failure than from success. These types of research will be necessary as New Zealand attempts to achieve the ambitious milestone of Predator Free 2050. Although mice are not one of the target species of that goal, techniques used here will still be invaluable for learning more about controlling mammalian pests.

With the removal of their predators, mice numbers will likely increase if the Predator Free 2050 goal succeeds. Learning from these attempts to remove mice is even more crucial to safeguard our native lizards, beetles and wētā, all of which are favourite prey of mice.

There is always more to learn, but, at least for Quail Island, hopefully the next attempt will be more successful.

This article was prepared by postgraduate student Ben Ryan as part of the ECOL 608 Research Methods in Ecology course in his Master of Pest Management degree.