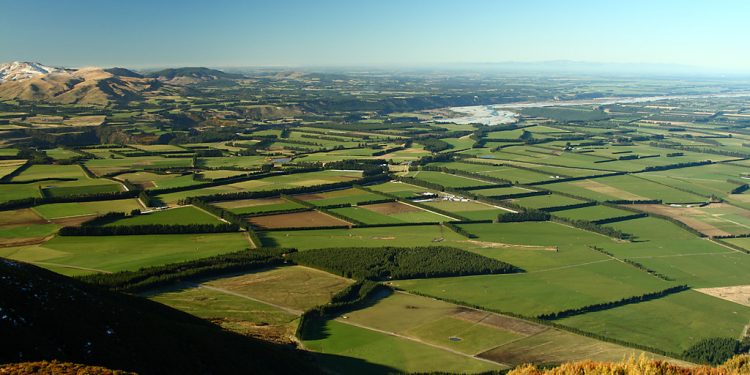 My definition of social science is that it makes things you thought were simple, very complicated. After all, it’s about culture, and that in itself is a total labyrinth.

But that labyrinth is crucial territory to explore if we want to change our current environmental trajectory. The weird messes we’ve gotten ourselves in to by how we’ve treated the natural world and seen our place in it is increasingly recognised as a cultural conundrum.

One way of approaching this conundrum is through the idea of landscape. In human geography, it’s not simply a noun – it’s a construct (what did I say about social science?). Here, different landscapes – that is, different organisations of natural forms like lawns, forests, and parks – are not innate material things, but rather products and representations of how we (specifically the Western world) understand ourselves, the world around us, and social relations within it.

In other words, we’ve made ‘nature’ all about us. And that can get a bit troublesome if we want to change things – for example, to restore native ecologies or make the way we produce food a bit less catastrophically destructive – because what’s good for the environment doesn’t fit very well with how we like to see ourselves (and therefore, it).

This is the launchpad for Shelley Egoz’s ‘Clean and Green but Messy: The Contested Landscapes of Organic Farms in New Zealand’ (2000). Using organics as an example of non-normative farming, Egoz draws on interviews with a mix of conventional and organic Canterbury farmers to unveil the humble New Zealand farm as an ideological scrum, refereed by mythologised national identity.

This hybrid, Egoz proposes, represents a dominant land ethic that we must understand and acknowledge in conversations around how we do, can, and could farm in this country.

To quote Michael Pollan in his similarly-framed analysis of American lawn culture: ‘there is more at stake here than a patch of grass’.

Egoz takes statements from her conventional (chemical-using) farmer interviewees such as ‘if you gonna [plant trees], they’re only two types of trees and that’s fire wood and lambing shelter ‘, ‘[weeds] are just untidy brutes… we declare war [on them]’, and, (in reference to trimming trees, mowing, and spraying) ‘I do it to clean up the mess’ as the legacy of settler society’s distaste and fear of the nature that met them in New Zealand.

Egoz notes that even prior to the operation of organised settlement of British citizens in New Zealand in the mid nineteenth century, Christian missionaries, led by Samual Marsden and his ‘civilisation before conversation’ mantra strove to ‘tidy up’ the landscape cultivated by indigenous Māori tribes (whose decidedly non-geometric methods of land management are now, incidentally, being recognised for their potential to inform climate change adaptation).

In 1835, when the environmental bigwig of the time Charles Darwin visited a mission farm during a sojourn to New Zealand, he viewed the mission farm of Marsden’s efforts as ‘the one bright spot in a gloomy and disordered landscape’. Marie Kondo eat your heart out…

In the later organised settlement, reforming the landscape to match the dapper, green-paddock-rolling-hill pastoralism of Europe was pretty do-or-die: beliefs, livelihoods, and, of course the capacity of the British Empire to master nature and everything in it, was at stake. If New Zealand bush was a dense, desolate, threatening mess; they, the forerunners of a new society, would craft its antithesis.

The Victorian ethic of material progress, the ‘belief that material betterment stimulates moral growth which in its turn produces more material growth and so on in an everlasting upward spiral’ was vigorously applied via fire and axe, carving and stacking NZ in to rectilinear property markers. D.I.Y: it’s in our DNA!

As pastoral New Zealand took up a global identity as ‘Britain’s pantry’, it was easy enough to rally up those orderly little blocks and salute the post-war(s) need to feed (and, to a certain extent, clothe) the world. Progress-orientated settler farmers took well to what Egoz calls the ‘ultra-geometric rational productive landscape’ required to mechanise and scale, such that a tightly managed, ordered farm became even further suffused with ideas of morality and social responsibility.

In this world, practising other ways of farming that gave rise to different landscapes were viewed as laziness. Egoz outlines an example of how, in a spectacular two-for-one, deferred grazing techniques in which the hay is left on the ground rather than being piled into bales, were referred to as ‘Māori Hay’: though technique had nothing at all to do with indigenous farming methods, its passiveness and the ‘untidy look’ it rendered required it be stringently separated from association with a Pakeha work ethic.

So, some rather forceful aesthetic preferences were at play. By the time a more ecological organics gained enough of a footing globally to permeate to the bottom of the world, it follows that what farming was supposed to look like in this country was pretty well set in stone. It was what we watched out the window on the classic Kiwi road trip. It was the background of many of our books, the subject of our longest running TV series, and central to our politics.

Thus, Egoz concludes, it is not surprising that one of the concerns that conventional New Zealand farmers have when adopting organic agriculture methods is the untidiness of organic farms. Constrained by the lack of chemical sprays to control weeds, and use of mulching and composting practices, the organic appearance in the landscape represents an ‘untidy and messy’ aesthetic, and messiness in the landscape carries social signals embedded in moral values.

An ‘organic order’ is therefore disturbing to the conventional New Zealand farmer. Asked for their views on various organic methods, such as letting grasses grow high to attract pollinating insects, Egoz’s conventional interviewees, however unconsciously, synthesised aesthetics and identity in their responses: ‘’The longer they do it, [farm organically] the dirtier the place gets… weeds just taken over ‘; ‘just untidy…not the way we farm.’

Indeed, Egoz’s organic farming interviewees had actively re-orientated their beliefs and relationship to the New Zealand landscape in order to continue their practises, prioritising function over form and ‘working with nature’.

Still, they remained highly aware of the judgement, real or perceived, from ‘conventional farmers’ (neighbours and passerbys): in reference to the long grass and mixed-specie, un-topiarised trees, one of the interviewees stated her belief that ‘a normal farmer would come through [my farm] and have [an] absolute fit, whereas I don’t mind’, while another emphasised the effort her and her husband put in to keeping their farm tidy as a means of communicating its viability to ‘skeptical’ neighbours, who looked upon their venture ‘humorously’.

In the context of building a more sustainable relationship with our natural environment, the point, then, is how deeply our cultural values are intertwined with our aesthetic values in natural landscapes. We cannot, therefore, expect to change this aesthetic and its ramifications without attention to those cultural values and how they have developed.

With this in mind, it’s interesting to digress slightly and consider Egoz’s paper, written in 2000, in today’s context, where ‘regenerative’ is the big buzzword in agriculture.

Regenerative farming is all about mess, and some of its biggest proponents, who originate from within the conventional way of farming, call it ‘such a relief’. Certainly a lot has happened in the past 20 years, not least of which has been a turn on views around conventional farming from ‘proud back-bone of the nation’ to locating a large part of our environmental degradation to what goes on within the rectilinear scapes of agriculture.

Given the hard line of, well, lines, in communicating diligent farming practices, and how this has both built on colonial legacy and beat out other ways of farming, that ‘mess’ could be the new landscape of social respectability in agriculture opens up a whole other chamber in the cultural-environmental labyrinth.

Social science: the gift that keeps on giving…

This article was prepared by postgraduate student Eugenie Van Passsen as part of the ECOL 608 Research Methods in Ecology course.