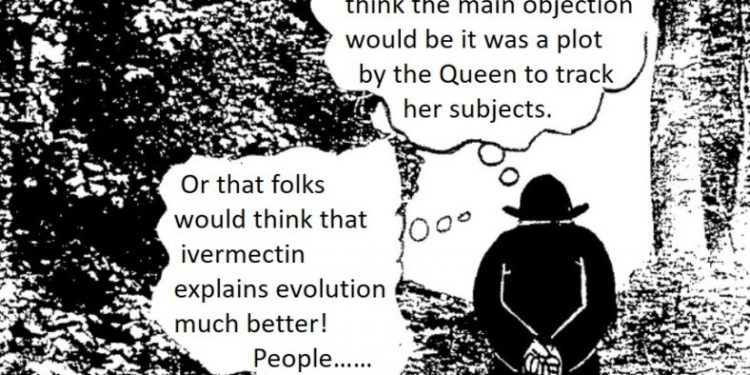 If there is one thing that we have learned over the last 18 months of the pandemic it is that people will believe the darnedest things, even when their health is on the line.

Darwin was a firm believer in facts, and that enough facts would sway any argument. He spent so long on collecting facts that he was almost scooped by Wallace. When Darwin published the Origin he effectively rained a deluge of facts down on the reader as he argued for natural selection. And in Victorian England this kind of worked. Sure there were plenty of people who weren’t convinced, but they were generally people of faith and and facts were trumped by faith. The facts themselves were not generally doubted. Most people that read the Origin knew that Darwin, conceptually, was onto something.

How would Darwin have coped today with releasing his ideas?

Darwin didn’t have to contend with seemingly bright people arguing that selection was actually caused by space lasers zapping individuals, that standing near the Origin increased your telegram service, that he was in the pocket of Big Evolution, or that 4.5 billion years wasn’t really long enough to have tested his theory.

What we have learned, in this shiny modern age, is that a teaspoon of opinions can outweigh a mountain of facts. I’m not sure that Darwin would have approved. And I’m not sure how his ideas would have made any headway if he had published today.

The debate on overpayment in Medicare Advantage: Pulling it together