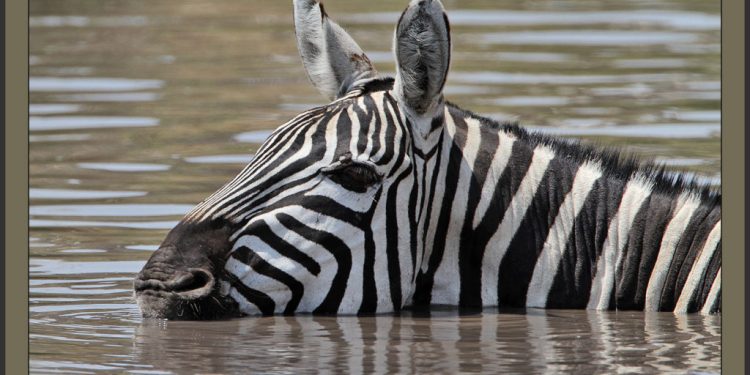 Islands represent a tiny portion of the worlds land mass, so, at just 5%, why are they home to a third of the worlds threatened terrestrial species?

These alarmingly disproportionate figures can be explained by specialist traits typically found in island species. Migration to islands can’t happen unless a species can overcome oceanic barriers. Can you imagine a zebra, panda or, more realistically, an otter crossing the seven seas? Even sea otters will not venture more than a kilometre from the shore. Instead island migration is often more accidental than purposeful.

While birds and invertebrates can actively fly to islands; spores, seeds, and invertebrates are carried by wind or birds, and other larger species can travel ocean currents on vegetation rafts. Islands present new environmental niches for colonisers. Colonising species have to interact with new food resources and habitats, eventually evolving into distinct species. Because of such localised adaptations, species develop specialised traits unique to that specific island. This explains why the endemic richness of an island’s flora and fauna is typically 9.5 times higher than mainland regions.

When types of predators are missing from islands, defensive traits for those predators become obsolete, expensive to maintain and are usually lost. A classic example of an evolved island species, now with only a poor ability to defend itself against mammalian attack, is a peculiar bird with no wings, no tail, and nostrils on its beak; that’s right, the kiwi! Unfortunately, the uniqueness of island biota leaves species vulnerable to external pressures and prone to extinction. Islands already make up a colossal 80% of known species extinctions.

Conservation efforts to protect island biota have concentrated on eradicating mammalian predators. The sub-Antarctic Campbell Island once had the highest population density of Norway rats in the world and, with much effort, in 2006 it was declared a pest free island. This had fantastic benefits for the biodiversity on Campbell Island, vegetation and invertebrates have been recovering and the world’s rarest duck, the Campbell Island teal, could soon be reintroduced. Snipe and pipit have re-introduced themselves! That’s excellent, isn’t it?

Unfortunately, introduced predators are just one of the factors threatening island biota. Global environmental change also can have devastating consequences. It’s important that we understand the effects that climate change has on island ecosystems to prevent future extinctions of many endemic species.

Cate Macinnis-Ng , from the University of Auckland, together with colleagues including Tim Curran from Lincoln University, published a study using New Zealand as a case study to highlight the interactions between threats to biodiversity and a changing climate. Like many islands, New Zealand has a high degree of uncertainty in future climate change projections. What is known is that extreme weather events will increase in intensity and frequency, and coastal zones will experience storm surges, rising sea levels, and an increase in water temperatures.

Most New Zealand species during the glacial and interglacial cycles were resilient to climate change, but interactions between species and climate are very different now. The Earth’s temperature has risen 0.08° C every decade since 1880 and, alarmingly, that rate has more than doubled in the last 40 years to 0.18°. By the year 2090 global temperatures are predicted to be 3° higher, which will drastically affect cold island environments.

Areas currently grow alpine vegetation will become too warm and unsuitable, forcing the vegetation to shift upwards 500 m in elevation just to match their preferred temperature. However, arctic/subantarctic islands are too low in elevation and won’t have escape routes for vegetation. Plant species on these warming islands will experience fragmentation and habitat loss. Warming climates will benefit non-native species that are better suited to warmer temperatures, typically growing and reproducing faster than native species, giving them the competitive edge and ability to take over entire habitats.

There are barely any studies that detect the direct effect of climate change on New Zealand’s biodiversity. Too little data is a big problem. How can we fix a problem if we don’t know much about it? Macinnis-Ng (2021) went about identifying those knowledge gaps and compared the amount of data available for several ecological topics that interact with climate change.

Important contributors were the ancient tuatara, that once lived amongst dinosaurs, and the sooty shearwater, that flashes its silver underwings as it flies by. Data was summarised for stunning alpine tarns excavated by glaciers, the thankless soil biota that every single living thing benefits from, as well as the home to humankind, urban environments. Now we know where research falls short, we can go about filling those knowledge gaps so that future losses can be avoided.

For example, currently Australian brown tree frogs are invading alpine tarns in the South Island. Tarns are an understudied ecosystem and we don’t know what will happen to the aquatic invertebrates that live there. We can only assume, as each frog arrives to a tarn, that they will be setting out their plates and cutlery, ready to dine on whatever species diversity the tarn has to offer.

Islands unique and endemic species are already vulnerable to hungry rats, sun-loving greedy weeds, and mountaineering frogs, but when paired with increasing temperatures thanks to global climate change, island natives don’t stand much of chance. It’s important that knowledge is gained on these types of indirect interactions with climate change, so that maybe we can give the funny looking island natives a fighting chance.

The author Ruby Ross is a postgraduate student in the Master of Science – Conservation and Ecology taught at Lincoln University. This article was written as an assessment for ECOL 608 Research Methods in Ecology.

The Reshuffling Report No. 8: New career patterns of the post-1970s generation leaders