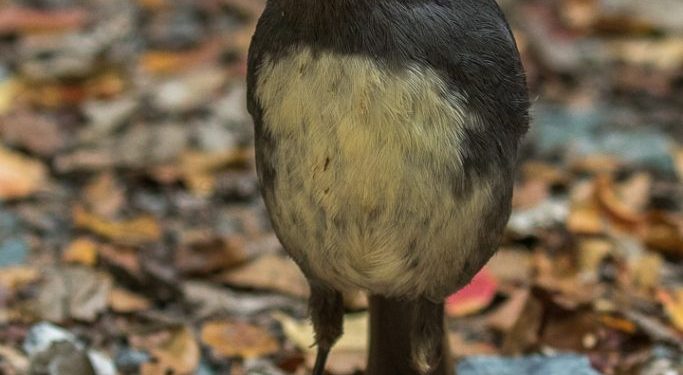 These too-cute-to-handle balls of spines are commonly seen snuffling around the garden. They are not only round and spiky, but have an appetite that could win any eating competition. Hedgehogs (Erinaceus europaeus) munch away at night on the bugs in your garden. Some might thank hedgehogs for protecting you from invading creepy crawlies in their yard, but, as they snuffle around in the undergrowth, hedgehogs are eating more than just garden pests. New Zealand’s unique insect species are high on their menu too! Weta, earthworms, and beetles are favourite choices. Who wouldn’t want a crunchy beetle to chew on with a juicy worm to follow?

Unfortunately, this creates a major concern for our native endemic species. They evolved without having to worry about mammals munching through the forest. You might be still asking why this is a concern, and I can understand that.

Insects aren’t everyone’s cup of tea, but they are the snack of choice for many of our unique native birds, such as the fantail (Family Rhipiduridae) and the South Island Robin (Family Petroicidae). Many of these birds we do enjoy watching in the same gardens that hedgehogs are dining in.

Insects provide ecosystem services that are important processes that keep the environment in motion, in essence assisting with the circle of life. Ecosystem services that insects regulate include pollination, nutrient cycling, pest control, and soil regulation. Hedgehogs also feed on lizards, bird eggs, chicks, and roadkill.

The hedgehog isn’t the only introduced mammalian predator looking for an insect buffet. Rats (Rattus species) and mice (Mus musculus) also enjoy an insect snack. Other predators, such as stoats (Mustela erminea), ferrets (Mustela furo), and feral cats (Felis catus), tend to prefer larger meals, like birds and rabbits. However, these larger predators have been known to feed on large insects too, including the Wētā.

New Zealand insects were once carefree, or at least the kiwi snuffling through the undergrowth was their biggest problem. This carefree upbringing has led to insects being poorly adapted to avoid mammalian-styles of predation, as they evolved without mammalian predators. Many species are flightless, slow-developing, and have a slow reproductive rate with a small number of offspring. All of these traits contribute to making NZ insects an easy meal. The impact of mammalian predation is more often associated with birds and overlooked with respect to insects. It is, however, the same story on a smaller scale and shouldn’t be dismissed.

But not all has been lost! It’s easy to get wrapped up in the doom and gloom but New Zealand’s ecologists have been working to fight back against this threat. Pest control methods of trapping, poisoning, and fencing protect our local fauna from these introduced predators that cannot defend themselves. Despite this intensive work, some species are at risk of extinction from predation due to low abundance and vulnerable habitats. New insect species are being discovered frequently, and not knowing the distribution of these will further limit our knowledge of the threat of predation.

Emily Fountain, Andrew Pugh, and Mike Bowie looked at the diet of predators in the Mackenzie Basin in a 2011 study. A significant species that was highlighted in the report was the Canterbury knobbled weevil, (Hadramphus tuberculatus). The weevil species was thought to be extinct in the late 1990s, after it had not been seen for decades. It was rediscovered in 2004 at one site at Burkes Pass in the Mackenzie Country by Laura Young, a University of Canterbury postgraduate student. Young was doing her master’s research on the reproductive ecology of Spaniard grass, the host plants of the knobbled weevil.

Fossil and museum collections show that this species was once found all across the Canterbury Plains and hills, but is now restricted to a small population in a subalpine tussock habitat. What caused such a dramatic decline? It is hard to know for sure but experts consider the main reasons to be habitat modification and introduced predators.

Fountain, Pugh, and Bowie trapped hedgehogs, ferrets, stoats, and cats from the basin and hand-sorted through their stomachs for insect remnants – a job not for the faint of heart. It was found that 20% of 58 hedgehogs trapped had insect parts in their guts, which was the highest percentage of all the mammal species in this study. These insect parts were identified as grasshoppers, weta, carabid beetles, cicadas, manuka chafer beetles, and earthworms. The range of invertebrate species identified shows that most large invertebrates are at risk of hedgehog predation. This report is an excellent starting point for looking deeper into the diets of hedgehogs.

The Canterbury knobbled weevil was not recorded in the stomachs in this report. However, this doesn’t mean that the weevil is not being eaten, just that this method of sampling didn’t detect it (the weevils are very rare, after all).

Hand sampling of stomach contents has many advantages as it only needs a microscope. There are disadvantages to this method too as it only identifies hard insect parts. Many insects experience a soft-bodied stage (like a caterpillar) and lack a hard exterior to survive long enough in stomach contents.

Another sampling method that has shown an improvement in our knowledge of animal diets is through DNA analysis of poo. This is another job with lots of handling of less than pleasant animal products that is again not for anyone that easily becomes queasy. A study by Adrian Paterson and PhD student Arsalan Khoyi Emami used DNA analysis of seal scats to reveal the full diet of the New Zealand fur seal. A whopping 84% of the species eaten by the seals had been previously undetected by past hand sampling studies. What an upgrade to a menu!

With a lot still unknown about hedgehog diets in New Zealand, DNA analysis has the potential to survey uncommon species in hedgehog diets. It is important to know the diet of the mammalian pests introduced into New Zealand in order to understand what the full impact is on the ecosystem.

It is possible that hedgehogs are feeding on many rare and endangered insects, like the Canterbury nobble weevil, and we don’t even know about it! Hedgehog appetite could drive these species to extinction. It is also possible that hedgehogs are feeding at a rate that is not driving such a dramatic outcome and their generalist feeding behavior has a neutral result. After all, insects in New Zealand have had to contend with native bird predators all their life (and the many generations before them). For example, the kiwi eats a range of insects, from worms to spiders, at a rate that doesn’t decrease the population of insects.

If hedgehogs aren’t targeting particular species then a few individuals eaten from a lot of insect species may not harm abundant species. However, this occasional snacking is likely to be harmful to rare species already suffering other disturbances, such as habitat change.

In the end, our native insects are at risk from a wide range of predators. It is our responsibility to restore ecosystems as best as we can. To do this right, we must understand how each species is influencing the other, who is on the menu of introduced mammalian predators, and what is the best action to take? With the topic of conservation becoming more mainstream and people caring more for the ecosystem around them, it is exciting to see this understanding continue to grow and to see what might be next on the menu.

For more reading, check out the report by Fountain, E., Pugh, A., & Bowie, M. H. (2013). What do predators eat for supper? Burkes Pass Scenic Reserve predator stomach content analysis for 2010-2011. In: Lincoln University Wildlife Management Report No. 51. Department of Ecology.

The author Maryanne Walker is a postgraduate student in the Master of Science – Conservation and Ecology taught at Lincoln University. This article was written for an assessment for ECOL 608 Research Methods in Ecology.

African governments are turning to cryptocurrencies but can they team up?