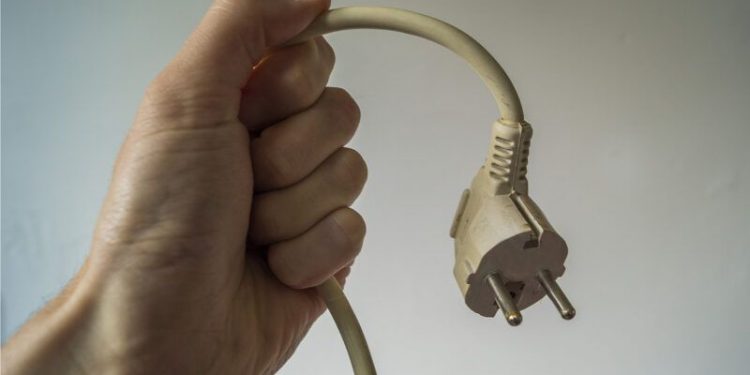 By now, only the most dishonest or intentionally ignorant observers deny the existential crisis facing higher education. Universities no longer even maintain the pretense of dispassionate rational and free inquiry, focusing instead on a particularly toxic and frankly absurd form of “social-justice” activism, increasingly even in the hard sciences.

Why does this situation persist? Here, I can contribute to our understanding, having had a front-row seat to perhaps the most spectacular failure of a higher-education reform effort in recent memory: the “Liberty Institute” at the University of Texas at Austin.

No other recent effort that I know of has boasted the same combination of ambition, near success, and, ultimately, abject and total failure. The effort was undone not through the machinations of the campus Left but through weakness on the part of supposed conservatives, a lesson that anyone else wading into reform efforts should learn.

Our story starts with a small group of faculty in the business school at UT-Austin, who recognized the need to push back against the growing dominance of left-wing social-justice activism on campus. One of us, Carlos Carvalho, was given an opportunity to lead a small, policy-focused center within the business school. Over a few years, we built the Salem Center for Policy into one of the most active centers on campus.

As these activities built up, we developed an increasing network of supporters who encouraged us to pursue more ambitious goals. This was the genesis of what became known as the “Liberty Institute.” We drafted a brief proposal for an independent academic unit that could house faculty with perspectives and research agendas that would disqualify them from employment elsewhere on campus.

What we saw at UT-Austin was a huge gap in the study of the fundamentals of how free societies function, as well as the relationship between freedom and human flourishing. Virtually all other areas on campus where such ideas were explored effectively required that teaching or research take a perspective that such societies are, in fact, oppressive; that radical social change is necessary; and that activism designed to undermine the traditional foundations of free societies is a moral imperative. Beyond the obvious inappropriateness of presupposing such conclusions, such criteria were also clearly at odds with easily observable facts. Thus, effort was needed to restore sensible analysis to UT-Austin.

The proposal we developed gained significant positive attention, and potential supporters reached out to UT President Jay Hartzell to express their enthusiasm. The president begrudgingly acceded to the idea of pursuing the plan.

At this point, the university, potential donors, and Professor Carvalho further developed a plan that called for an independent academic unit (thus, a college or a department) with the ability to hire tenure-track faculty. This unit would offer a significant number of classes, along with a major (Politics, Philosophy, Economics, and Evidence), a minor, and a master’s degree. We would also be tasked with significant outreach to high-school students throughout Texas.

This plan, as agreed to by the UT president and the chairman of the Board of Regents, gained support at the legislature, and funding for the project was added to the 2021 budget. We thus prepared to implement the plan. Carvalho proposed to the president an initial committee of UT faculty to work on the project, but we never heard back from him.

Instead, many months passed as we worked with other interested faculty on developing ideas for classes, curriculum, and potential hires.

We now know that, during this time, UT’s president put a critical race theorist in charge of developing the Liberty Institute. That administrator, Richard Flores, belonged to the almost exclusively CRT-focused Mexican American Latino/Latina Studies Department. An initial attempt to place the Institute in the business school, under our far-left dean, failed when she refused to cooperate. Having previously removed from her office portraits of previous deans and of our naming benefactor, Red McCombs, because there were too many white men, she obviously did not embrace our project.

Then, in late August, The Texas Tribune ran a hostile article on the project, which led to a continuing sequence of hostile Faculty Council meetings in which UT professors attacked the idea, opposing anything even potentially conservative coming to campus. This Tribune article was explicitly used as an excuse to default on the original plan that had been agreed to with the state.

After the article appeared, Professor Carvalho was called to a meeting with President Hartzell about how to move forward. Unbeknownst to Carlos, Richard Flores was also included in this meeting, and he laid out how the Institute would proceed. Flores’s directive, with the full support of President Hartzell, was that Carlos could proceed with the Institute only by finding people whom existing departments wanted to hire and providing those departments with the funds appropriated by the state.

This was clearly a complete default on what the university had agreed to with the legislature. The entire purpose of the project was to bring a set of ideas and approaches that existing departments filtered against because of their extreme political biases.

At this stage, Carvalho rejected the Flores plan and insisted on continuing with the one agreed to with the legislature. He then communicated what had happened to potential donors, which apparently led them to contact people in government who had backed the plan. To our chagrin, the outcome of this communication was that the chair of the Board of Regents, Kevin Eltife, banned Carlos from any further involvement in the Institute.

Here was the moment when the project could have been saved. Either the government could have come in and insisted that the original plan be followed, or potential donors could have presented a united front to demand follow-through and the creation of a meaningful institute. Instead, everyone caved completely to the university.

Carlos was unceremoniously disinvited from a planning meeting between him and donors, apparently at the insistence of the UT President, who attended the meeting instead. Two out of the three core donors fully assented to his exclusion from all further involvement, effectively ending any say on the part of faculty who had brought the plan together.

There was then a successful campaign to impugn Carlos’s character, exactly in line with the efforts (notably also led by Richard Flores) to undermine Rob Koons, the last faculty member at UT-Austin to attempt such an endeavor.

We continued to fight for the original vision, laying out exactly why the Flores plan would be nothing more than a counterproductive fig leaf, but all of our support evaporated as the university dug in. Ultimately, it was conservative politicians and donors, not Marxist faculty, who brought it down out of their unwillingness to confront a supposedly prestigious Texas institution.

At this point, President Hartzell began his campaign to maintain the illusion of progress on the Liberty Institute. He established a faculty committee that included Loraine Pangle, who was brought in as a professor at UT specifically to kill the previous attempt to do something along these lines.

Subsequently, a secret committee, apparently run by William Inboden, started a “search” for a director. This search immediately focused on a single name, Justin Dyer, who had established the Kinder Institute at the University of Missouri, taking conservative donor money but coordinating with a leftist to create something that could be used to shield the university from further criticism without actually challenging campus orthodoxy.

Dyer and Inboden apparently have a long relationship. Dyer was even reporting information about the faculty who worked on the UT project to Inboden and the President’s Office. We never saw a posting or learned about the search until it was basically concluded, giving us no opportunity to bring in alternative candidates who would actually support the plan.

Remarkably, Dyer received a favorable tenure vote despite clear misgivings about his quality as an academic. Academic standards and the objectives of the state were sacrificed to avoiding conflict with leftists while creating the appearance of activity.

Thus, we now have the beginnings of an institute that will both be intellectually mediocre (at best) and have no ability to fulfill its mission to bring underrepresented but important ideas to campus. The extreme hostility of the faculty toward this project shows the desperate need for something serious along these lines. However, with the current administration at UT-Austin, nothing will be possible without far more direct state intervention.