Just how ‘Trumpy’ is the Republican Party? Lessons from Republican primaries so far 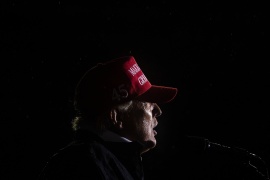 Ever since Donald Trump came down that escalator the entire nation has been either elated or appalled by him. He’s an addiction we can’t seem to shake. But such outsized attention tends to inflate his importance. A look at the Republican primary candidates for Congress reveals some interesting facts about those who hope to lead the Republican party in the future and it’s not all about Trump. First of all, there is Donald Trump and there is “Trumpism.” So far in the 2022 primary season both are doing well—although Trumpism is more widespread than Trump’s endorsements. But forgotten in all the attention to Trump is that, amazingly enough, there is still another non-Trump Republican Party out there.

Let’s look at formal endorsements first. So far 10 states have held primaries. Most of those states are ones that Donald Trump won and that lean Republican—only one state, Oregon, is a Democratic leaning state and Pennsylvania is very much a swing state. So, while they do not represent the totality of the Republican Party, primaries in those states can give us a pretty good first look at what’s going on within that party.

To date, 405 people have run for the Republican nomination for a House or Senate seat. Of these, Trump has formally endorsed 63. However, most of these endorsements (54 out of the 63) have been of incumbents and/or uncontested seats. Incumbents have such a high re-nomination rate (98%) that it is impossible to attribute victory to an endorsement.

The other thing that jumps out from the data is that, of the endorsements Trump has made in House primaries so far, 90% are in districts that are either likely or solidly Republican.[1] As he did when he was in office, Trump’s strategy is to double down on his base and forget about expanding his coalition.

Thus, if we discard the candidates who are incumbents and in uncontested seats, Trump has only endorsed nine candidates for open seat primaries that have taken place so far. Of those, eight candidates (excluding the Pennsylvania Senate race which has no winner as of this writing) have won their primaries. The only incumbents Trump endorsed who had serious opponents were Madison Cawthorn of NC-11, who lost, and Alexander Mooney of WV-2, who triumphed against incumbent David McKinley after they were forced into the same primary due to reapportionment.

While our database does not code for Gubernatorial candidates, it is worth mentioning that in those races Trump had an equal number of wins and losses. In Idaho, Trump backed the losing candidate, the Lt. Governor who challenged the incumbent governor. Trump’s endorsed candidate for Governor of Nebraska also lost. But in Pennsylvania, an open seat, Trump’s gubernatorial candidate Doug Mastriano won, as did the incumbent Governor of Texas, Greg Abbott.

If we look beyond the wins and losses of the candidates who were formally endorsed, we find a more nuanced picture of the Republican party circa 2022 than we get from the headlines. Many candidates ran as Trump “wannabees,” or candidates who didn’t have Trump’s endorsement but ran on his name and platform. They plastered their campaign materials—usually their websites, their Facebook pages and their twitter account—with images or favorable mentions of Trump. Eighty-nine (or 21.98%) of the Republican candidates fell into this category. If you then add in the candidates formally endorsed by Trump—63—that percentage increases to 37.54% of all the Republican candidates. That’s nearly 40% of Republican candidates running tied firmly to Trump even though most of them failed to get a formal endorsement. In the marquee Senate races in Ohio and Pennsylvania, we saw that candidates attacked each other for not being loyal enough to Trump or they tried to paint themselves as the best example of Trumpism even when they did not get the formal endorsement.

Other candidates adopted some of the Trump rhetoric, stating that they were MAGA or believed in America First on their websites without mentioning Trump by name. Thirty-seven candidates fell into the “Trump light” category, or just 9.14% of the candidates. We expect that as the primaries move into more Democratic states there will be more candidates like this—who send a wink to the Trump voters but don’t wrap themselves in Trumpism.

And finally, and most surprisingly, 216 or 53.33% of the Republican candidates put out campaign materials on their websites that were devoid of either Trump or Trumpism—even though often some of their issue positions such as immigration, hewed pretty closely to Trump’s positions.

In other words, more than half of the Republican candidates running so far in these mostly deep red states and deep red districts stay away from Trump.

These preliminary data suggest two things. First, the emergence of Trumpism without Trump marks the maturation of a movement. As Josh Mandel, one of the Ohio Senate candidates who did not get Trump’s backing and lost put it: “they [his opponents] think America first is a slogan. It’s not a slogan, it’s a governing philosophy. And I’m the only one who gets that.” Although it’s early and there are many more primaries to come, it’s clear that while Trump is a major player in the Republican Party, so far he is a factional leader—not an absolute leader. (As I’m sure he would like to be and probably believes himself to be.) As many have noted, Trump’s endorsements do not clear the field of other candidates—candidates have stayed in races even after Trump endorsed their opponents.

Second and of even more importance is that, contrary to conventional wisdom, there are a substantial number of Republicans who have stayed clear of both Trump and Trumpism. We can expect that number to grow as the primaries move from solidly Republican states to Democratic and swing states. With Trump sucking up all the attention it’s easy to miss the fact that there still is a sort of normal Republican party out there. For some Republicans, Trump’s shambolic[2] approach to politics (and life), makes him a flawed and vulnerable leader.

Just as Florida Governor Ron DeSantis and others are jockeying to inherit the Trump faction of the Republican Party, there are others, chief amongst them Rep. Liz Cheney and former Vice President Mike Pence, who are lining up to lead the non-Trump Republican party. On the weekend before the primaries when we witnessed yet another horrendous and racially motivated mass murder, Cheney called out the Republican leadership for enabling “white supremacy and anti-Semitism.”

The non-Trump political party is still there.  We’ll keep watching.

The new global tax deal is bad for development

The End of Ukraine – The Cyclical View

From subsistence to disruptive innovation: Africa, the Fourth Industrial Revolution, and the future of jobs