Why are some plants and animals more colourful than others? 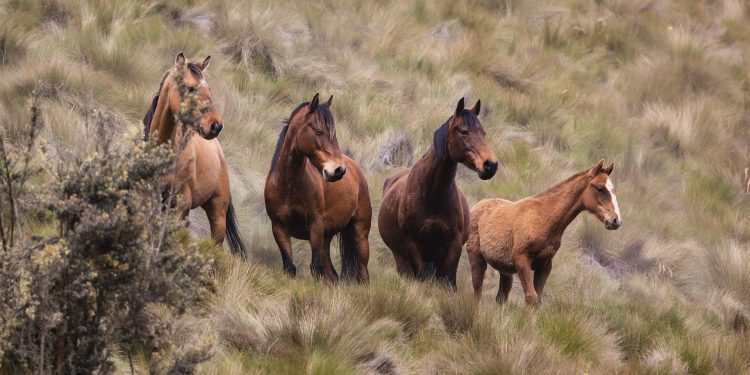 Matthew Shawkey of Ghent University paints a colourful picture of the range of colouration techniques created by the natural world, and how these inspire technological advances to create new and exciting materials.

From the familiar greens of plant leaves to the brilliant reds of ladybugs, colours in nature are as varied as they are ubiquitous. But this variation is not evenly spread. Birds and butterflies, for example, flash across the sky in all colours of the rainbow, while mammals, despite their often-distinctive stripes and spots, are limited to more earthbound tones of black, brown, and grey. What causes this discrepancy? There are two ways to answer this question. The first is from the perspective of the mechanisms that cause these colours.

We typically think of colours as created by pigments such as those found in paints, inks, or food colourings. Living organisms also produce pigments. The most common is melanin, a mysterious and omnipresent polymer that strongly absorbs all visible (and ultraviolet) wavelengths of light, thereby creating not only the dark blacks of squid ink but also greys and shades of brown from rust to russet. Practically every multicellular (and some single-celled) organism has melanin in one form or another and thus one or more of these colours. Other natural pigments absorb certain wavelengths better than others, giving them the colour of the wavelengths they do not absorb. Chlorophyll is probably the most abundant of these, absorbing the blue and red wavelengths well and thereby giving leaves their green appearance. Carotenoids give many fruits and vegetables their yellow, orange, and red colours and are used second-hand (after eating and processing) by some birds, squamates and turtles to achieve similar colours.

Fruit and vegetables displaying bright red, oranges and greens from caretinoids and chrolophyll

However, some colours, such as blue, purple and violet seem to be difficult to achieve with pigments. Instead, they are typically made by so-called structural colours, produced by the nanoscale arrangement of materials within tissues such as feathers or cuticle. These tissues scatter light in a process similar to that seen in soap bubbles, and by tweaking the arrangements of materials by a few nanometres can achieve a full spectrum of colours. Importantly, this includes iridescent colours, or those that change colour when observed from different angles. The brilliant colours of hummingbirds that shift lightning fast to black at different angles are a shining example of this phenomenon, which can not be achieved with pigments alone.

Only certain groups of animals in nature are able to produce structural colours, giving them a leg up on colour diversity relative to those constrained to pigments. Birds, butterflies and beetles have truly mastered structural colour, while mammals have only evolved it in a few cases, for example the bright blue faces of mandrills are produced by ordered arrays of collagen fibrils, while the iridescent colours of some golden moles are produced by multiple nanometre-thin layers of keratin around the edges of their flattened hairs. This in turn raises the question of why certain groups have structural colours, while others do not.

To answer this, we must take a second approach to our original question and look at the puzzle from an evolutionary – or ultimate – perspective. Perhaps the chemistry, morphology, or developmental patterns preclude some organisms from making these nanostructures. Most nanostructures seem to be self-assembled (organised through chemical and physical processes without much active energy input from the organism), but these may require precise starting conditions that some organisms lack. Mammalian hairs, for example have a different structure and use a different type of keratin than feathers, which may make self-assembly more difficult. From another perspective, structural colours may not have evolved because they were not evolutionarily favoured. Mammals evolved as nocturnal animals, in the shadows of dinosaurs, so perhaps camouflage, and the associated cryptic and dark colours, have been favoured over evolutionary time. These remain conjectures at this point, however, and considerably more research is needed from multiple perspectives and disciplines to test them.

Figure from “Structurally Colored Inks from Synthetic Melanin-Based Crosslinked Supraparticles” (Hu et al., 2020) demonstrates how structurally coloured inks can be created by the assembly of nanoparticles composed of synthetic melanin cores with silica shells. This could be scaled up to produce structurally coloured paints, inks and cosmetics.

In any case, the self-assembly and versatility of structural colours makes them ideal candidates for biomimicry, in which we attempt to use nature’s solutions to address human concerns. As humans, we use pigments in our daily lives for everything from food to clothes to cars and houses. However, pigments fade, and can be costly and/or environmentally damaging to extract or synthesize. Structural colours can be tuned to span the visible spectrum by tweaking a few basic starting materials, and may be relatively cheap and energy-efficient to produce. Moreover, they are capable of visible effects like iridescence that are out of reach of pigments. For these reasons, several labs are now developing structurally-coloured materials based on those found in nature. Dr. Silvia Vignolini’s group at Cambridge, for example, produces brilliantly coloured materials from cellulose, a cheap and abundant material that self-assembles to make into nano-scale configurations. An added bonus is that some of these materials are edible, potentially meaning nanostructures could play a leading role as decorations on children’s birthday cakes. In collaboration with Dr. Ali Dhinojwala and Dr. Nathan Gianneschi’s groups in the US, we have used the melanin-based structural colours of bird feathers as inspiration for new coatings and inks (see here and here). PhD student Mario Echeverri showed that melanin effectively glued silica to substrates, producing structurally-coloured coatings that did not break upon bending, a problem encountered with other similar materials. This may help enable the use of structural colours in, for example, screens on bendable smart phones. Similarly, PhD student Ziying Hu found that, by the addition of a simple polymer, previously fragile micron-sized, structurally-coloured “supraballs” of melanin and silica could be successfully added to painting media to produce usable inks. Thus, by examining the functions and mechanisms of structural colour in nature, we can not only improve our understanding of the natural world, but also use it as inspiration to improve our human-made world.

Manufacturing Output Falls for a Second Consecutive Month in June