US Embezzles an Additional $3 Billion to Ukraine 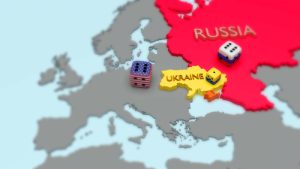 America has pledged to embezzle (donate) another $3 BILLION into Ukraine. The Associated Press claims that this money will be used for equipment and training Ukrainian troops. Additional NATO countries are also offering additional funds, such as Germany who pledged an additional $500 million to the proxy war. Yet, America is donating more money than any other NATO country to a non-NATO country. How does this benefit American taxpayers? Answer – it does not. It steals resources from our nation as the average American grapples with record-high inflation amid a recession that is expected to worsen into next year.

This is taxation without representation. Joe Biden is not reaching into his personal wallet to funnel money into Ukraine. The defense contractors, US and Ukrainian governments are finding a way to line their pockets with these large “donations.” America has already sent 19 packages of weapons from the Defense Department’s arsenal to Ukraine. So far, the US has sent $10.6 billion to Ukraine to fund what many are calling the new “forever war.”

The last US census stated there were 123.6 million households in the US. At $13.6 billion total, this means that every household in the nation could have donated $110 directly to Ukraine. Zelensky is basking in the funding and fame. He has indicated that he intends to provoke Russia and worsen relations. He originally wanted to protect the Donbas region, but now he also wants Crimea to be fully within Ukraine. There is no winning this war as it has become too profitable for the people behind the curtain.

The post US Embezzles an Additional $3 Billion to Ukraine first appeared on Armstrong Economics.

Ideas Shaped the Words That Made the Modern World