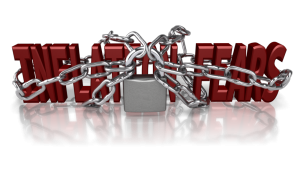 President Biden agreed to waste billions on the Democrat-supported Inflation Reduction Act. According to a survey of 1,500 Americans as presented by the Epoch Times, neither Democratic nor Republican citizens believe this expensive act will combat rising prices.

Respondents were asked if they believed that the bulk of the package, the $369 billion set aside for climate change initiatives, would reduce inflation. Only 13% said they believed fighting climate change would combat inflation, while 26% admitted they had no clue. Yet, 38% replied by saying it will increase inflation, and an additional 22% think it will have no impact.

This leads one to believe that the measure would never have passed if the taxpayers had the opportunity to vote on how their money was spent. The Congressional Budget Office admitted that the measure would have a negligible effect on inflation. Currently, American households are paying an additional $717 per month due to inflation. This act will only cause Americans to be treated as criminals by the growing and armed IRS, which is training to use lethal force against civilians. Audits will soar, small and medium businesses will suffer, and no one besides those supporting the Green agenda will benefit from the Inflation [Expansion] Act.

The post The Inflation Reduction Act – A Change We Don’t Believe In first appeared on Armstrong Economics.

The Future of Mining in Latin America: Critical Minerals and the Global Energy Transition