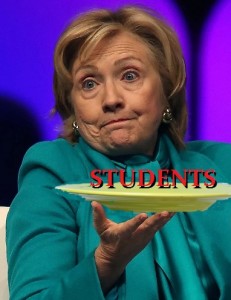 While many are praising Biden for maintaining his campaign promise to cancel student debt, others are furious that the costs will be passed on to the taxpayers. Even Mitt Romney accused Biden of bribing voters before the midterms. “Biden’s student loan forgiveness plan may win Democrats some votes, but it fuels inflation, foots taxpayers with other people’s financial obligations, is unfair to those who paid their own way & creates irresponsible expectations,” the perhaps most liberal Republican senator wrote on Twitter.

Under the plan, borrowers earning under $125,000 annually will receive a $10,000 debt cancelation, while Pell Grant recipients will see a $20,000 reduction. The Penn Wharton School conducted a study in which they believe this program will cost the average taxpayer $2,000. The study found:

“We estimate that a one-time maximum debt forgiveness of $10,000 per borrower will cost around $300 billion for borrowers with incomes less than $125,000. This cost increases to $330 billion if the program is continued over the standard 10-year budget window. Eliminating the borrower income limit threshold produces a 10-year cost of $344 billion. Increasing the maximum amount forgiven to $50,000 per borrower increases the total cost to as much as $980 billion.”

Yet, this does nothing to prevent predatory lending, albeit dismissing some interest on loans. This does not reinstate Glass Stegall, the provision that Bill Clinton erased to make student debt non-dischargeable in the case of bankruptcy. In fact, Clinton’s top financial advisor, Larry Summers, believes that this measure will increase inflation. “It consumes resources that could be better used helping those who did not, for whatever reason, have the chance to attend college. It will also tend to be inflationary by raising tuitions,” Summers wrote on his Twitter page. He also warned against continuing the moratorium of benefits expected to last until the end of the year.

Some state that we should be happy for those who are receiving relief, but the true culprits are the predatory lenders offering asinine interest rates and the universities that continually raise their fees. It also causes a disconnect between classes as those who chose trade school or blue-collar roles to avoid college fees will not be too fond of this initiative. It certainly will not help America’s plea to recruit more military personnel either. This is a temporary solution to a deeper problem.

Healing Democracy from the Bottom-Up