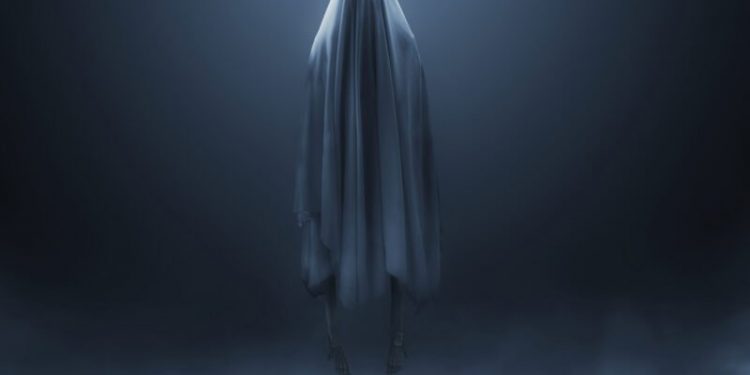 Higher education suffers from a multitude of flaws. University marketing departments habitually over-promise the benefits of their degree programs to unsuspecting high-school students. Mandatory “general education” classes extract sizable tuition fees from students while delivering little discernible benefit in knowledge or critical thinking skills. A student-debt crisis leaves college graduates in the financial hole for decades as they work to pay off degrees of arguably marginal value. An oversaturated job market plagues faculty ranks due to decades of self-serving professors pumping out graduate students with few job openings to employ them. The traditional classroom functions of the university exist in near-perpetual budgetary strain, even as administrative ranks explode and seemingly endless resources are redirected to on-campus amenities such as lazy rivers, rock climbing walls, and luxury dormitories.

Rather than tackling the bad incentive structures that create these problems, much of academia has chosen to place the blame on a poltergeist called “neoliberalism.” A vast and growing academic literature—particularly in the humanities and Critical Theory journals—purports to have identified this ghostly troublemaker on campus. Like the havoc-wreaking spectres of horror films, the neoliberal poltergeist allegedly moved into the university system over the last 30 years and made a mess of things. Higher-education commentators now routinely call for full-blown exorcism rituals to drive “neoliberalism” out of the university system.

But there’s a fundamental problem with this line of attack. Poltergeists aren’t real, and neither is the neoliberal takeover of higher education.

First, “neoliberalism” is as ill-defined as the mischievous spirit itself. The body of supposedly neoliberal tenets is like the labile substance of a ghost, briefly appearing on the ritualist’s call and disappearing again into oblivion by the end of the seance. Sometimes, the tale goes, it manifests in Western, market-oriented democracies in the form of “laissez-faire” non-interventionism of the government in the economy, globalism, internationalism, and free trade. But other times, the spirit possesses autocratic regimes in the developing world and takes the form of a welfare state, economic nationalism, trade protectionism, and government stimulus packages.

Secondly, there is hardly anyone walking around the campuses identifying themselves as neoliberals. In fact, there are few self-described neoliberals of any type in any profession. With few adherents, the term’s use is almost exclusively pejorative. Accordingly, in addition to the elusive form—an array of excessively broad and often self-contradictory beliefs and concepts—the obscure face of the poltergeist maps onto the present political milieu. Sometimes it morphs into economists such as Milton Friedman, Ludwig von Mises, and Alan Greenspan, or novelist Ayn Rand. Other times, into political figures like Ronald Reagan, Margaret Thatcher, Al Gore, and Tony Blair. When those are not spooky enough, the ritualists cast the faces of rival candidates such as Donald Trump and Hillary Clinton or even the Chilean military dictator Augusto Pinochet.

In other words, it might be easier to detect an actual ghost than to identify the alleged followers of whatever particular mishmash of neoliberal beliefs supposedly infect universities at the moment.

Yet many academics are untroubled by the inability to pinpoint their target. The lack of precision allows applying “neoliberalism” as a derogatory term to anything the person happens to dislike. Usually, the disfavor extends to something vaguely “of the right” or at least the center of the conventional political spectrum. But if “neoliberalism” were running amok and gutting universities, we should expect to find a growing number of individuals in the faculty and administration expressing values from the political right.

When we turn to data, however, we find the exact opposite of a “neoliberal takeover” (not that empirical evidence will convince the exorcists of “neoliberalism,” who explicitly defy the “imposed” epistemic virtues such as validity, consistency, and accuracy). More than 60 percent of college faculty self-identify on the political left, while just 12 percent call themselves “conservative” or “far-right.” Administrative ranks in higher education are even more skewed. 71 percent of university administrators identify with the left, according to the most recent survey data. If higher education has somehow turned neoliberal—whatever that means—it could have done so only under the watch of explicitly left-leaning administrators and faculty currently enjoying near-hegemonic levels of power and influence on campus.

We should also expect to see signs of “neoliberalism’s” influence on how administrators think about their jobs. When speaking of neoliberalism, the higher-ed press often depicts a culture of severe budgetary austerity and profit margins. We hear about obsessions with metrics and viewing students as “customers” who come to learn a set of marketable job skills instead of acquiring an education. Surely then, “neoliberal values” should pervade the professional ranks of the university administration.

To test this theory, one of us analyzed a recent conference program of the American College Personnel Association (ACPA), the leading professional association for student-facing bureaucrats on college and university campuses. Among some 500 presentations, the dominant themes had little to do with alleged neoliberal values. Instead, 28 percent of session topics pertained to identity politics, and another 10 percent focused on advancing “social justice” causes. Most of the remainder focused on professional development and curricular issues. Assessment, measurement, and metrics—often presented as distinct signs of neoliberalism—accounted for only 4 percent of presentation topics. In short, student-facing administrative professionals prioritize values and interest areas more strongly associated with the political left than any purported neoliberal ideology.

What about the faculty ranks? The same higher-education writers tell us that “neoliberalism” prioritizes job-centric disciplines with marketable skills, while devaluing holistic education in the humanities. If this is true, we should expect to see STEM fields (science, technology, engineering, and mathematics) and professional degree programs such as business, accounting, and finance dominating the ranks of faculty employment.

The data tell a very different story. Between 1999 and 2015, faculty employment in the humanities grew faster than in most STEM disciplines. The social sciences and fine arts also added faculty to their ranks. Business and engineering showed modest growth by comparison. The natural sciences (with the exception of health sciences, particularly nursing and pre-med programs) briefly spiked in the early 2000s before flatlining about 2004, where they’ve remained ever since. The “devalued” humanities and social sciences have posted continuous growth in their faculty ranks despite the neoliberal poltergeist’s alleged grip. According to a survey of 2015 PhD graduates, recent humanities PhDs accounted for 19 percent of reported academic job commitments. Social science PhDs accounted for 17 percent. Math and computer science trailed at 6 percent, engineering at 5 percent, and physical and earth sciences at 3 percent. The answer to the question of which disciplines employ the most faculty in a typical university is seldom a STEM field—it’s usually the English Department, which enjoys an outsized presence on the mandatory General Education curriculum.

Admittedly, another problem on campus has concealed much of this growth. Even as humanities and social-science faculty ranks continue to expand, the number of faculty job applicants in these fields has expanded even faster. But there’s no evidence that neoliberalism is to blame for the glutted job market. The blame falls squarely on decades of PhD overproduction in these fields, often pursued to increase the department’s prestige and service its tenured faculty ranks with teaching assistants.

There is nothing to be found when looking for empirical evidence of the neoliberal poltergeist’s reach. The dystopian story of the invisible cadre of “neoliberals” who seized the ranks of faculty or administration and displaced the humanities and social sciences with market-oriented disciplines is hollow. Instead, data strongly suggest that universities are filled with left-wing faculty and administrators who sustain an outsized curricular presence for the most left-leaning disciplines, even though student demand for the same majors is in sharp decline.

A poltergeist-theory proponent could respond that neoliberalism hasn’t yet infiltrated the insides of academia. Instead, it operates on the outside through some incarnation of a market-based economy, making higher education “commercialized.” Some form of profit-motive supposedly puts students and faculty at odds with administrators who respond to mysterious forces of the “market” at the expense of education. But this interpretation reads more like a futile rationalization than a scholarly analysis of present-day higher-ed problems.

Although university administrators certainly respond to the incentives and constraints of their institutional frameworks in prioritizing spending, adopting hiring practices, recruiting students, deciding the curriculum, and designing campus amenities, there is nothing uniquely “commercial” about their behavior. Colleges and universities do not sell their product—a credential confirming a student’s demonstrated proficiency in a specific subject or set of subjects—for profit in any traditional sense. Quite the opposite. The institutional features of universities prevent the work of a profit mechanism. Nearly all higher-ed institutions (public or private) function less like for-profit corporations and more like government agencies.

First, the students are not direct buyers of the product. Instead, their tuition payments are usually covered by indirect funding sources such as scholarships, public aid and subsidies, student loans, or parents. Thus, the producers are insulated from the feedback mechanism of consumers’ responsiveness to price.

Second, faculty—the producers of education—are not the sellers of the product (the credential). Faculties’ productive incentives and students’ demands in the classroom often misalign. For example, given the academic hiring and promotion schemes, faculty often prioritize their research and prefer niche, higher-level specialty courses that serve their own rather than students’ intellectual interests and direct budget expenditures away from the university’s core educational products.

Finally, a gap exists between administrators tasked with the daily operation of higher-education institutions and the legally empowered owners (boards), often political or philanthropic appointees, who check in only occasionally when a severe problem or political pressure arises.

The clearest evidence of higher-ed bureaucratization is the administrative bloat of non-education roles that appear to consume an ever-larger portion of tuition payments. Compared to 1976, the number of non-instructional personnel, primarily involved in campus-life activities, counselling services, admissions, student organizations, intramurals, noncredit workshops, and dozens of other small non-education functions, has quadrupled. Against only a 10 percent or less increase in instructional expenses, spending on services per equivalent full-time student increased by 22.3 percent in public and 29.9 percent in private research universities between 2003 and 2013.

Thus, even when the ills of higher ed are correctly identified, we don’t need to call Ghostbusters to hunt down a “neoliberal” poltergeist. The cause is neither a secret conspiracy nor the nonexistent “profit” motive or influx of private-sector concepts. Instead, a more real culprit is institutional designs that make regular people react to bad incentives, fostering bureaucratic growth accompanied by inefficiency.

Editor’s note: This essay was expanded and adapted from Cracks in the Ivory Tower: The Moral Mess of Higher Education by Jason Brennan and Phillip Magness (Oxford University Press, 2019).

Walter Williams: A Legacy of Liberty