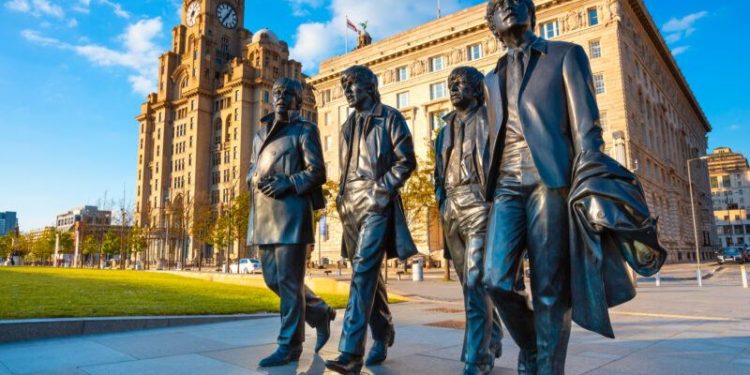 In 1925, President Coolidge famously said “After all, the chief business of the American people is business. They are profoundly concerned with producing, buying, selling, investing and prospering in the world.” In terms of its pragmatism, this declaration is true of Americans even today. So, in the spring of 2020 I designed and oversaw an upper division seminar at the University of Arizona entitled “the Arts, Economics, and Entrepreneurship.” As a philosopher and art historian, I was interested in exploring the relationship between artistic expression and the business world.

Art’s importance to society and citizenship has diminished considerably since at least the 1950s. I hoped to address this well-known situation by connecting it to the workaday lives that everyday people experience. I asked students to think about how visual art and classical music can contribute to the world of business, and conversely, how economics and entrepreneurship could be helpful in aesthetic training.

The course reflected upon ideas of culture, creativity, beauty, and human agency while reviewing the basic principles of economics, the formal elements of art, and how one approaches a real-world entrepreneurial venture. It looked at the history of free markets, the development of museums and auction houses, and the role of morality within all these spheres.

These are rich areas of econo-aesthetic intersection. Interestingly, however, the most responsive topic in the class was a discussion on the distinction between high art and low art— between art cultivated principally through an elevated sense of enculturated “taste,” and that produced commercially for a popular audience. All of the final papers addressed this subject, to one extent or another.

The dichotomy was introduced through a discussion of Tyler Cowen’s book In Praise of Commercial Culture. Cowen argues that monetizing artistic creativity and output is a positive force for culture. He believes that artists “pursue a complex mix of pecuniary and non-pecuniary returns.” The argument here is that commercial/popular culture actually works closely with, and even generates, high culture. This line of argumentation cites artists such as Beethoven, Mozart, Rembrandt, Shakespeare and other well-known high art figures as market-oriented, popular art figures. His optimistic view on the role of commercialization in the artistic sphere is set against what he articulates as a widespread “cultural pessimism” that sees the commodification of art as a degenerate force.

The argument is fair, as far as it goes. Much like how, in a capitalist society, the poor can become rich and the rich can become poor, holding a hard and fast line between socio-economic and cultural realms is hardly a productive way of looking at the arts. The subjectivity of aesthetic opinion makes such an ossified, almost Platonic, separation between high and low art workably untenable.

On the other hand, being paid or having popular support for art is not the same as what we know today as pop commercialized culture. Pop culture as we understand it today only really materialized with the proliferation of recording technologies, or “the work of art in the age of mechanical reproduction,” to use Walter Benjamin’s famous turn of phrase.

This is not to say that the distinction between the high and low arts is completely fabricated or relative. Some things we ingest are indeed better than others. I think the metaphor of nutrition is most appropriate here (there is a reason we use the word “taste” in high art settings). Just like some foods are better/more healthy for an individual, the same thing applies to what one consumes mentally and emotionally.

One can eat junk food because it tastes good, is immediately available, and fun. But, if that is all one ingests then that would be bad and health problems would inevitably follow. One must primarily consume things that nourish and aid in growth and regeneration. Nutrition that advances the body toward health and happiness is better for a person in that regard. Likewise, if one’s aesthetic inputs consist only of pop or rock music, horror movies, gangster rap, hip hop, death metal, album covers, graffiti art, and the like, then he is not doing what is best for his heart and mind. High quality art has the ability to promote mental and emotional growth and to elevate one’s spirit, a major reason why it is called “high art.” Economic activity is one of exchanging things considered valuable, and proponents of high art argue that its heightened experiential exchange is inherently valuable.

Enter The Beatles. During the seminar, I showed students a graphic from the internet that placed various names and works of art on a hierarchical scale using a skyscraper tapering upward as a visual aid. For example, Howard Stern and soap operas were on the wider low art ground floors; ballet and Hamlet were in the narrow high art top floors. I asked students to name a contemporary musical or visual artist that they thought could or would be considered high art. Many answers ensued, but all thought that The Beatles should be considered high art.

I found this fascinating, because none of the individuals in the class were older than twenty-two years of age. So, nostalgia for youth was not a factor in their determination. Admittedly, the notion of high art seemed antiquarian or outdated to many of my students. They grew up watching YouTube videos that immediately juxtaposed many types and generations of music together. The idea of a generational music that exclusively defines one’s identity is now a thing of the past.

Cultural critics such as Charles Murray and Daniel Asia believe that it takes about fifty years (two generations) to determine whether an artist or work of art can be considered an enduring addition to humanity’s cultural heritage. As The Beatles disbanded in 1970, precisely fifty years before the seminar began, the time seemed to be ripe to determine whether the band could fall within the ranks of high art.

In truth, I have never been that taken with the group, and so it was not hard for me to push back on the claim for argumentative rigor. I pointed out that The Beatles were a part of the 1960s counterculture, which at its root stood against “establishment” concepts such as high art across the board. They joined with the hippies in trying to create a world where “All You Need Is Love.” How could a band with such subversive cultural ties be considered culturally elevated? It seems preposterous by definition.

The rebuttal is that The Beatles are widely acknowledged as the best group in history. Indeed, according to CBS, their songs are some of the most covered by musicians old and new, they have the most singles (21) ever to reach the Billboard Hot 100, they received eight Grammy Awards, an Academy Award, and were listed in Time Magazine’s 100 most influential people of the twentieth century. Their appearance on The Ed Sullivan Show in 1964 was a turning point in American cultural history, watched by seventy-four million people.

How could such enduring commercial, emotional, intergenerational, and popular success not be tied to aesthetic excellence, I was told.

The answer, I think, lies in what it means to be culturally elevated by art. According to Roger Scruton, there is a difference between art and entertainment. The former is concerned with ideas. The artwork is what matters, and how its presentation brings one into the “more exalted realm” of beauty. Conversely, entertainment is all about the effect. If one is not entertained then the experience is considered a failure. This is not true for high art. A painting or musical piece can be successful and enduring even if it is “challenging” or unappealing (see Francisco Goya’s work, for instance). The Beatles are entertaining (think of all the screaming women we see in TV clips). Their music can be touching at times (Yesterday and Blackbird come to mind). They may inspire others to copy their songs. But, in the end these are effects, not ideas. Thus, I do not think they can be considered high art in the traditional way we understand it.

This, however, brings us back to the beginning. We must admit that “elevated art” may be a fading standard. The high arts of classical music, literature, painting, and sculpture used to comprise a shared culture that most everyone recognized and appreciated. To a great extent, they represented both a benchmark and a hallmark around which we could unify ourselves. The high arts were not the only thing that connected us, but the value in knowing and experiencing such classic works of creativity seemed to be universally acknowledged. For those of us who teach cultural history, we need to be honest with ourselves that this no longer seems to be the case.

Ultimately, though, The Beatles are just the tip of the iceberg. The Beatles are a problem because they open the door for other non-traditional but influential artists and works to be thought of as high art. Students in my seminar pointed to Pink Floyd, Banksy, Les Misérables, The Godfather, Celine Dion, and others as high art contenders as well. Could these artistic entities, like the dung beetles (or scarabs, pun intended) of Ancient Egyptian symbolism, emerge out of the lower earth of commercial success and be associated with the heightened realm of the socially sacred? Perhaps we will know more in fifty years.

What Do We Mean by Liberal Education?

What Do We Mean by Liberal Education?

Can protests lead to meaningful changes in government policy, particularly around economic redistribution?

Russia Disconnecting the Internet to Prevent US Cyber attacks