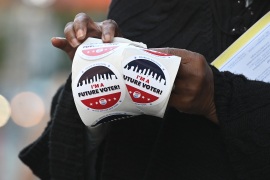 Each year, more than 150 million U.S. households file their income taxes; what if they could simultaneously register to vote or update their voter registration? While the immediate prospects are dim for federal legislation to improve voter access, states can take action to allow their citizens to register to vote while they are filing their state income tax returns. Implementing such a policy would reduce the paperwork burden imposed on the citizenry while helping to ensure the accuracy and comprehensiveness of the state voter registration rolls.

This report therefore focuses on the 40 states, plus the District of Columbia, that collect a state individual income tax and require voter registration. All of these localities would have to collect some additional information on their state tax forms to make voter registration feasible. But, particularly to allow already-registered voters to update their registration, these changes are small and achievable. Twenty-three states already collect most of the data they would need, and eight states collect nearly all of the required information. The states most ready to implement tax-time voter registration updates are Alabama, California, Colorado, Georgia, New Mexico, New York, Vermont, and Virginia. To implement full-scale registration would require a larger change; to accommodate new registrations, the most efficient approach would likely be a separate “Schedule VR” voter registration form included with the standard tax form.2

A Path for University Reform

The Insanity of the Biden Administration – Decline & Fall of the West