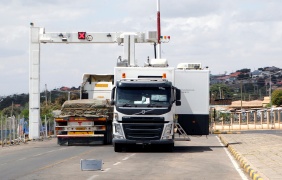 Hardly a presentation is made (or a paper written) on the topic of the African Continental Free Trade Area (AfCFTA) without starting with a lamentation about how intra-African trade is “abysmally low” compared to other continents, with the commonly cited figure of around 16 percent of total exports, compared with 59 percent in Asia and 69 percent in Europe. This paper argues that intra-African trade has greater economic significance than commonly believed.

To make its case, the paper starts with a theoretical and empirical review of the drivers of trade growth globally, highlighting the role played by regional trade agreements. Because of econometric and methodological errors, earlier studies purportedly showing that previous regional integration efforts on the continent were ineffective are wrong: Recent research points to these agreements boosting intra-African exports by 27 to 32 percent on average. Moreover, contrary to received wisdom, there is nothing out-of-the-ordinary in the existing levels of intra-regional trade; indeed, by some metrics, parts of Africa display a stronger degree of trade integration than comparable regions elsewhere in the world.

Finally, the paper provides a recalculation of the intensity of intra-African trade, taking into account structural economic differences and the prevalence of informal cross-border trade, to arrive at a set of new estimates. For non-oil resource-intensive and landlocked countries, the average share of exports already destined to the African market is as high as 38 to 42 percent of total trade, respectively. The paper ends by arguing that, as AfCFTA implementation begins, it is time to change the narrative and to start to ‘talk up” intra-African trade.

The pandemic showed why social and structural determinants of health matter. Now it’s time for policymakers to act.

How to Think about Inflation