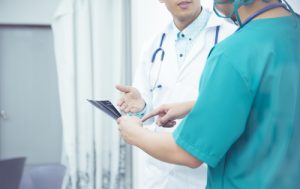 The Biden Administration declared a public health emergency over monkeypox. This is not an airborne virus, and it is fairly difficult to catch as skin-to-skin contact is the primary method of transmission. The woke media does not want this fact released, but the Centers for Disease Control and Prevention (CDC) has found that 99% of all cases were found in men, and 94% have had male sexual encounters.

This is more of a sexually transmitted disease and should be presented to the public as such. CDC guidance:

“Public health efforts should prioritize gay, bisexual, and other men who have sex with men, who are currently disproportionately affected, for prevention and testing, address equity, and minimize stigma, while maintaining vigilance for transmission in other populations.”

There is no need to stigmatize people for their sexual preferences or repeat problematic misinformation that spread during the 80s during the AIDS epidemic. However, there is no need to scare the general public into thinking that monkeypox is easily transmissible. If they care about health (they don’t), then they should be honest about the virus and educate the demographic mainly at risk.

The post Monkeypox is Not the Next Pandemic first appeared on Armstrong Economics.