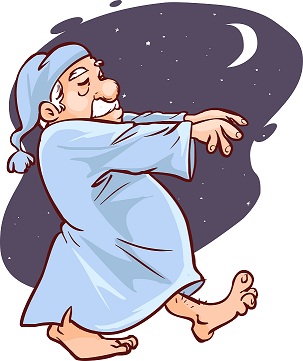 COMMENT: I was there on the staff of _____________ when you were on Capitol Hill. It was Dick Army who told you he could not support Bill Archer’s retail sales tax because when the Democrats gained power we would have a retail sales tax and an income tax. I found your piece on Europe sleepwalking into its own demise. I’m sure you remember me, but it was Dick Army who said you knew about cycles and the tax reform would fail. You have been saying longer than I can remember that the euro would fail and that the WEF’s dreams were unrealistic. Now with the raid on Trump, it seems that the conspiracy theories that the DOJ, FBI, CIA, and NSA all conspired to make sure he would lose in 2020 are perhaps once again surfacing. When do the cycles point to this madness erupting?

Been reading you for years.

Thank you so much for your views.

REPLY: Nothing is ever permanent. There is a cycle to everything. These people who think that they can remove Xi in China and Putin in Russia and the people will rejoice and celebrate American troops marching down the streets of Moscow and Bejing in some ticker-tape parade are not just unrealistic, they are the instrument of our destruction. This was the same theory behind removing the dictators in the Middle East. They just talk to each other and convince themselves that their ideas are correct and then act on them. I warned back then that it was a different culture and deeply divided in religion. They wanted to believe they were right and refused to listen to any opposing view. This is the very same thing. Anyone familiar with history knows that there will be no smooth transition and you cannot control the advancement of technology. Only CURIOSITY and FREEDOM provide that key element and Klaus Schwab is a control freak and he thinks he can direct his 4th Industrial Revolution. He will destroy the world economy just as the central planning did in Russia.

We have entered a very dangerous era. There is no better example from history than that of the fate of Julius Caesar. I explore you to read Anatomy of a Debt Crisis. This is the key to the background of even why Caesar crossed the Rubicon and why they assassinated him. He too was draining the swamp. This is also why they are attacking Trump everywhere they can. You have democratic AGs in states trying to put him in prison. This is all about desperately trying to prevent his return. What they do not understand, was the fact that I had been asked to try to talk Trump out of running in 2024 and if I would advise DeSantis. I declined. But the point was that the Republicans did not want Trump to run for they thought he was too controversial. This raid on his house has now caused a rally to his side. Now the people KNOW he is not one of them in Washington. Even many Republicans have been silent about this raid.

It is true that Julius Caesar crossed the Rubicon on January 10, 49 BC (49.02) to purge the corruption in the Republic, but corruption resurfaced. Because he forgave his enemies, they conspired and assassinated him on the Ides of March 44 BC (44.20), just 4.82 years later (250.6 weeks, 62 months). That resulted in another civil war. Even Brutus issued coins announcing roundly that he killed caesar on the Eid Mar (Ides of March 15th). This shows his delusion that he really thought the people would cheer him, but he was wrong. He and the other assassins fled Rome for the people did not support the Senate which was too corrupt as we now have in Washington.

Following the defeat of Mark Antony and Cleopatra at the Battle of Actium in 31 BC, because Cleopatra was trying to use sex to conquer Rome, the people even turned against Mark Antony. Octavian became emperor officially with the title Augustus on January 16, 27 BC (27.04) after the defeat of Egypt. The coins issued by Octovian proclaimed Egypt was Captured – not that they defeated Mark Antony since he was a Roman.

The Julian Claudian dynasty ended with the death of Nero on June 9, 68 AD (68.43), lasting 95.47 years in its entirety. Thus, there is never a permanent new era. There are cycles to everything, and forming the EU was also not something that would endure for 1,000 years and more than the Julio-Claudian Dynasty of Rome. This is also true of the United States. We have run the course for a Republic and we will face tremendous upheavals in the years ahead into 2032. There is even a risk that there may not be a 2024 presidential election. That would mean a collapse of the Constitutional government. Yet there are also people suggesting that Pelosi flew to Taiwan because Biden will step down and Harris would step aside meaning that Pelosi would become president until the end of the term in 2024.

There are many fools who really think this New World Order will magically unfold and the dreams of Schwab will be realized at last. There is absolutely NO evidence one may find from history that would EVER suggest that there will be an orderly transition to some new economic system. It has NEVER happened even once in 6,000 years of history. The sanctions imposed on Russia that justified confiscating private assets have not just violated international law, it has divided the world economy and put an end to globalization. By any way we slice this, the foundation of Western ethics and economy has come to an end. We must begin to prepare for a new form of government post-2032. We are indeed sleepwalking into our own destruction of everything that was built post-WWII.

The post Sleepwalking into Our Own Demise first appeared on Armstrong Economics.

A Note on the New Russian “Gold Standard”