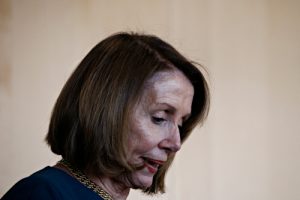 Speaker Nancy Pelosi landed in Taiwan on Tuesday night despite warnings from both Washing and Beijing. The nature of her trip was so secretive that it was not on her official itinerary. Now, the true nature of her visit is coming to light. “We take this trip at a time when the world faces a choice between autocracy and democracy,” Pelosi said. “We cannot stand by as the CCP proceeds to threaten Taiwan — and democracy itself,” Pelosi said in a statement. “Our congressional delegation’s visit should be seen as an unequivocal statement that America stands with Taiwan, our democratic partner, as it defends itself and its freedom.”

Her statements blatantly disregard the One China policy and all but confirmed that the US would support Taiwan if China invaded. In fact, her tone was so forceful it seemed as if she may be pressuring Taiwan to break away from China. China did not shoot down her plane as some Chinese commenters speculated, but they did flex their military muscles by conducting military exercises near the Taiwan Strait before Pelosi arrived. China does not want a war – but will they be pushed into one?

The nature of Pelosi’s visit has finally been disclosed. She will meet with President Tsai Ing-wen on Wednesday, and some news outlets are reporting that she plans to meet with activists who are outspoken about China’s human rights violations. Pelosi seems to be pushing the nation to liberate itself from the One China policy. One must wonder if Washington expressed dismay publicly while secretly endorsing Pelosi’s monumental trip. China has already punished Taiwan by banning it from exporting 100 food items, which will certainly hurt Taiwan’s fishermen and farmers. They are likely calculating their next move against the US. Expect tensions between the US and China to reach new heights, all due to Nancy Pelosi.

Klaus Schwab – How to Rule the World – Maybe!

Will West Virginia v. EPA cripple regulators? Not if Congress steps up.

Most Democrats Do Not Want Biden to Run in 2024