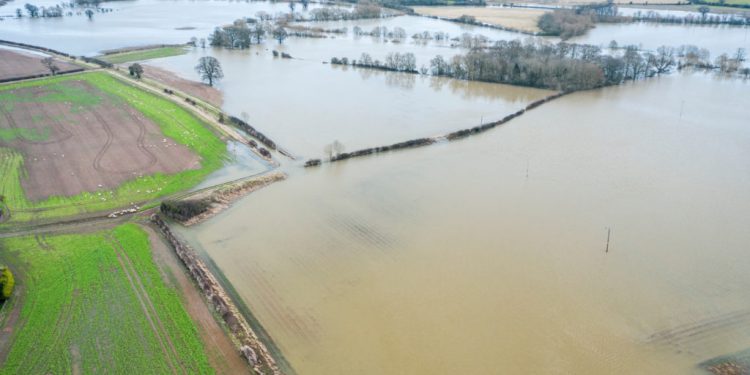 Climate change, greenhouse gas emissions, nitrate leaching… a climate crisis! With the frequency of how these phrases are used today, it does not require a vast imagination to connect the dots and find some sort of a global catastrophe lurking around the corner. And who could be blamed when just last year, the World Health Organisation labelled climate change as the “single biggest threat facing humanity”. They frequently used terms like ‘crisis’, ‘catastrophe’, and perhaps most daunting, ‘inevitable’ within their annual review.

While this is all clearly alarming, a big question that we must ask is how this will affect New Zealand?

Climate change has been felt throughout the world, and New Zealand is no exception. The current New Zealand government declared a climate emergency in 2020. While some may consider its declaration to be reactionary, it is nonetheless a powerful statement.

In the face of climate change, the single biggest challenge is how to sustainably and effectively reduce global greenhouse gas emissions. Everyone seems to be trying to find an answer while simultaneously passing the blame onto someone else. Delving into the rabbit hole of climate change mismanagement, I found a tangled mess of political bureaucracy, tied up with industrial and economic intrigue. But most importantly, I discerned that the question on how to best solve climate change is much too hard to answer within this short blog post.

Since a significant proportion of greenhouse gas emissions is owed to increases in agriculture, reducing agricultural emissions can help alleviate this issue. Let’s look at one tiny corner of agriculture. As climate change triggers higher rainfall and more flooding events, an increase in nitrous oxide (N2O) emissions will occur, due to the loss of oxygen in the soil.

N2O has been estimated as having 300 times more global warming potential than carbon dioxide (CO2), and yet has been largely ignored as a greenhouse gas. Agricultural soils, being highly fertile with a high nitrogen content, contribute massively to the amount of N2O produced annually throughout the world. Understanding how to control and limit N2O production from agricultural land could result in major reductions of greenhouse gas emissions globally each year.

With this in mind, researchers from the University of Copenhagen in Denmark and Lincoln University in New Zealand examined the relationship between flooding events and N2O emissions on fertile farmland. The study occurred in Canterbury New Zealand and found periodic flooding resulted in greater N2O emissions while the amount of gas released could be reduced if liming had occurred recently. Liming is the process where crushed limestone is applied as a soil additive to directly increase soil pH and occurs frequently throughout the world. The significance of this result is not be understated and results in at least two implications for the future of agriculture and climate change as a whole.

This research shows the importance of having good drainage in agricultural areas, but also represents concern for the future as high rainfall events become more common, particularly in wetter areas of New Zealand.

Are we going to experience greater N2O emissions in the future as climate change results in more extreme weather events? Will liming be sufficient at reducing N2O emissions from farmland? Research seems to always create more questions than answers, but as I said earlier, this is much too hard to answer in a blog post.

What can be concluded is that since N2O emissions appears to reduce by regularly applying agricultural lime to farmland, this could allow New Zealand to lower its global climate change impact. But perhaps most importantly, it shows us that if we are going to solve the issue of climate change, proactive research followed by successful implementation is often the best answer.

For additional details regarding this article, please refer to the research paper below:
Flooding-induced N2O emission bursts controlled by pH and nitrate in agricultural soils.

The author Cameron Hilliard is a postgraduate student in the Master of Science taught at Lincoln University. This article was written as an assessment for ECOL 608 Research Methods in Ecology.

Why members of Congress choose not to run for re-election