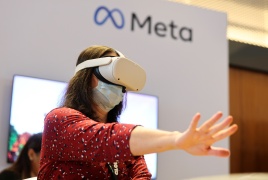 On October 21, 2021, the day after Facebook changed its name to Meta, the company agreed to acquire Within Unlimited, a virtual reality development studio that designed and built the popular virtual reality fitness app, Supernatural. But on July 27, 2022, the U.S. Federal Trade Commission (FTC) filed a complaint and request for preliminary injunction in the U.S. District Court for the Northern District of California to halt the transaction.

The FTC’s attempt to stop this acquisition transaction is widely seen as a risky attempt to push the envelope of antitrust merger enforcement. “It’s a riskier case, but one they think is worth bringing because if they succeed it will help bring the frontier of enforcement outward,” said William E. Kovacic, a former chairman of the FTC and a well-respected antitrust specialist.

The case is novel—and risky—because antitrust agencies typically seek to block mergers and acquisitions in well-developed markets where a company seeking to merge already holds a dominant position. It is true that Meta’s Oculus division is the market leader in VR hardware with its Quest headsets, and that Meta operates a key VR app distribution hub through its Quest store. But Meta is not the leader in VR apps, even though it produces some apps on its own. The agency is targeting Meta’s attempt to expand in the virtual reality app market through acquisition rather than through its own internal development work.

The FTC does not accuse Meta of leveraging its position in VR headsets and VR app distribution to dominate the VR app market. It also does not allege that Meta is using its position to disadvantage competing apps or to favor its own, nor to force Within to sell itself to Meta. Further, the agency does not claim that Meta has a dominant position in headsets or VR app distribution. The FTC’s complaint says that Meta’s acquisition is anticompetitive because Meta could have developed a fitness app to compete with Supernatural which would have provided an additional alternative to users and spurred other developers to work harder to improve their own apps. “Instead of competing on the merits, Meta is trying to buy its way to the top,” said FTC Bureau of Competition Deputy Director John Newman.

Meta reasonably asks how Meta’s acquisition of Within could threaten VR app competition when even after the acquisition Meta would not have a strong VR app market position, not even in the smaller “relevant market for VR dedicated fitness apps.” It also argues that VR app start-ups have a greater incentive to develop innovative VR apps knowing that they have a possible off-ramp from the market in the form of a sale to Meta. Moreover, it is hard to articulate the rule or principle that the FTC is implicitly adopting. Is it that big companies should not grow into adjacent markets through acquisition?

But, despite these reservations, which must have occurred to the FTC, the agency has seen this movie before. Meta solidified its position in social media through the strategy of buying companies in the adjacent markets of messaging (WhatsApp) and photo sharing (Instagram), and now holds strong positions in all of these markets. Absent FTC action now, before Meta has a controlling position, the agency fears that the same thing will happen to the VR market.

The FTC is not alone in worrying about a metaverse monopoly. Tim Sweeney, the CEO of Epic Games, which developed the hugely popular video game Fortnite, who has had his own antitrust run-in with Apple over the App Store’s restrictive policies, told reporters in 2016, “If one central company gains control of this, they will become more powerful than any government and be a God on Earth.”

One thing the FTC gets right in its complaint is the importance of early action to shape the development of the emerging VR market. Tech markets are subject to special economic forces, especially network effects that make popular products disproportionately more valuable. These forces tend to create concentration and winner-take-all markets. Time after time, in computer operating systems, search, social media, and electronic commerce, these forces produce a common pattern of vigorous competition followed by the emergence of a market leader that enjoys a durable position of market dominance.

The FTC does not ignore these market realities. It recognizes that a market leader will likely emerge in the VR space. It just wants to make sure that the competitive fight takes place “on the merits;” that is, on the basis of independent development efforts, rather than on the basis of Meta’s deep pockets. If Meta were to become the dominant VR app developer through its own internal innovative efforts, the FTC might have no issue with that market outcome, or so it appears from this complaint.

Whether the courts under existing antitrust law will countenance such an attempt to guide and shape the emerging VR market is not yet clear. The courts might not recognize this forward-looking approach as proper to antitrust’s adjudicatory approach. A strategy of shaping the emerging VR marketplace before it solidifies is typical of what a regulatory agency would do in seeking to protect the public interest in an industry over which it has been given supervisory authority.

It used to be that Congress recognized the need to regulate infant industries to ensure that they emerged in a form that advanced public policy goals. Broadcasting emerged as a business only after Congress in 1927 authorized a federal agency, the Federal Radio Commission, to allocate exclusive rights to spectrum and to ensure that broadcast licensees operated in the public interest. When commercial aviation became a genuine possibility in the 1930s, Congress in 1938 established the Civil Aeronautics Board to govern entry and exit of aviation firms from the industry, allocate routes, and set rates for the emerging industry. The industry grew spectacularly under this regulatory supervision through the succeeding decades.

As late as the 1970s, this pattern of early intervention in emerging industries persisted. When credit reporting agencies began to digitize, maintain, and analyze systems of records relating to people’s creditworthiness, Congress passed the Fair Credit Reporting Act in 1974 giving consumers legal rights to fair treatment and requiring credit reporting agencies to protect these rights. Under the supervision of the FTC, the industry flourished in a way that protected consumers against abuse.

Around the same time, the then-infant credit card industry sought to protect itself against fraud by making consumers liable for fraud losses.  In response, in 1974 Congress passed the Fair Credit Billing Act limiting consumer liability and providing other consumer protections and appeal rights. With consumer confidence bolstered by these protections, the industry expanded rapidly. It even developed sophisticated neural networks (the first ever commercial application of that artificial intelligence approach) to minimize the fraud losses it was unable to pass along to the consumer.

Congress might also have to step in to regulate the emerging VR industry in the same way it set the rules of the road for these other industries. And these rules might have to go beyond preventing the emergence of a monopoly. The measures might need to directly address the industry’s problems of privacy, consumer protection, and content moderation. As venture capitalist Matthew Ball says (p. 17) in his book The Metaverse, “The Metaverse will also render more acute many of the hard problems of digital existence today, such as data rights, data security, misinformation and radicalization, platform power and regulation, abuse, and user happiness.”

Europe seems to have gotten the message about the need to get ahead of industry developments in the metaverse with an agile forward-looking regulatory regime. Recently, the European Commission opined that its new regulation establishing content moderation rules, called the Digital Services Act, and its separate regulation creating new ex-ante digital competition measures, called the Digital Markets Act, cover the metaverse. In a response to a question from the European Parliament, a European Commission official said that the DSA and the DMA “provide the appropriate framework and the necessary tools to tackle issues concerning metaverse.” In connection with competition, the Commission official said the Digital Markets Act would “foster contestability in the metaverse, either because the relevant services are within its scope or through the provisions that ensure future-proofing of the Digital Markets Act.”

Currently, the U.S. is far behind such a forward-looking approach. Bills to promote competition and establish good social media content moderation policies are under consideration in Congress and should be passed. But right now, they won’t reach the emerging VR market. As a result, risky and novel as it is, the FTC’s complaint seeking to halt Meta’s acquisition of Within might be the best policymakers can do with the tools at hand to shape the emerging VR market to protect the public interest.

Apple and Meta are general, unrestricted donors to the Brookings Institution. The findings, interpretations, and conclusions posted in this piece are solely those of the author and not influenced by any donation

Do you Prefer Lies or the Truth?

How to prioritize the improvement of open-source software security