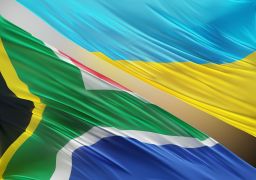 The war in Ukraine is often described by Western analysts as a turning point in international relations that has upended the post-Cold War international order. In the Global South, the war is equally historic, reinvigorating foreign policy autonomy and non-alignment as geopolitical tensions rise between the West and Russia (and China).

The Russian invasion of Ukraine revealed more than Russia’s neo-imperialist vision for a reconstituted empire. It revealed that many countries in the Global South—with market economies and democratic political systems and values like those espoused by the West—prefer not to take sides even in the face of a clear violation of a sovereign state’s territorial integrity.

Many in the West were baffled by the lack of overwhelming support from the Global South. South Africa, for example, vacillated between the Foreign Ministry initially calling for Russia to withdraw from Ukraine, only to within a few days of the invasion withdraw that position. This was followed by an abstention at the United Nations General Assembly and a call for both Ukraine and Russia to negotiate.

South Africa’s response should be understood through two elements: (1) its key foreign policy principles and positions and (2) the continuing importance of solidarity with old “friends.”

South Africa is proud of its independent and non-aligned foreign policy that resists becoming embroiled in great power conflicts. Numerous statements by South African government officials have emphasized this importance. In addition, the government does not consider the war as one between Russia and Ukraine, but as a proxy war between Russia and NATO—a war that has its roots in NATO’s eastward expansion despite Russia’s legitimate security concerns.

South Africa joined the non-aligned movement (NAM) shortly after its first democratic elections in 1994, and the pressure felt by developing countries to support the West’s position on Ukraine has reignited the NAM principles in South Africa and elsewhere.

South Africa’s international relations and cooperation minister has argued for closer cooperation with the other members of the NAM that would “actively contribute to shaping the reform deliberations with the United Nations system, as well as giving new content to the United Nations Security Council.” South Africa, along with other members of the Global South, should resist “becoming embroiled in the politics of confrontation and aggression that has been advocated by the powerful countries.” They should rather seek to “assert their independent, non-aligned views” and promote “peaceful resolution of the conflict through dialogue and negotiation” in the of maintaining independent foreign policies.

However, South Africa faced difficulty in that some of the statements of government ministers belied its professed commitment to non-alignment, even though the foreign minister stated categorically in April that “our non-aligned position does not mean that we condone Russia’s military intervention in Ukraine, which has violated international law” and that “South Africa has always opposed violations of the sovereignty and territorial integrity of member states, in keeping with the UN Charter.”

The peaceful resolution of disputes has been a core principle of South Africa’s foreign policy since 1994, as demonstrated by its efforts to resolve several African conflicts (e.g., DRC, Burundi, and South Sudan/Sudan). These conflicts are not characterized by a full-scale invasion by one country against another as by Russia in February 2022, but are often insurgencies and civil wars—albeit supported by external actors. South Africa’s position on Ukraine has been that dialogue is essential for the war to end. While reasonable and principled on one level, pushing for a negotiated settlement in the early days of the war was probably naive in the context of Russia’s objectives in Ukraine.

Nevertheless, six months into the war, the need for the international community to find off-ramps for this conflict and to push for requisite compromises on both sides is essential. This is more so the case because other more pressing issues on the global agenda have been neglected or compounded by the war in Ukraine—from climate change to the Sustainable Development Goals, to war in Yemen, to energy and food insecurity. The diplomatic challenge for South Africa (and other BRICS countries) is whether there is leverage to bring Russia to the negotiating table and push for a sustainable compromise.

A fairer and more consistent multilateral system is another core tenet of South Africa’s foreign policy. Crucially, South Africa recognizes the U.N. as the apex of the global governance system but advocates for the system and the United Nations Security Council (UNSC) to be overhauled. This latter call was amplified by the U.N.’s inability to respond effectively to the Ukraine crisis.

Lastly, South Africa is generally opposed to the imposition of unilateral sanctions against countries by the West, especially because these reveal double standards in the handling of different conflicts. South Africa also considers the “regime change” rhetoric used by the West—whether in Iraq or Libya—as highly problematic and a violation of state sovereignty. While the West has insisted that regime change is not its aim against Russia, South Africa views this with some skepticism. Ironically, it has not called out Russia for its objective of removing the current government in Kyiv.

A core feature of the African National Congress (ANC) government’s foreign policy is that of solidarity with parties and countries that supported the national liberation struggle against apartheid or that are still fighting for their independence. The Western Sahara and Palestine are both long-standing examples of the latter, while economic support and solidarity with Cuba is a case of the former. The ANC also had a long-standing relationship with the Soviet Union, which supported its armed struggle and where many ANC leaders were educated or received military training. This support contrasts with the U.S. labeling of the ANC a terrorist organization and the Reagan and Thatcher administrations’ opposition to the movement in the U.S. and the U.K. in the 1980s.

The ANC bridles at what it perceives as the West’s arrogance and imperialist behavior—whether in Iraq, Afghanistan, or Libya—or in ignoring the concerns of the developing countries on issues such as vaccine access or the Trade-Related Aspects of Intellectual Property Rights waiver. Migration and the treatment of African migrants—also in the early days of the war at the Ukrainian border—is another sore point.

Soviet/Russian support during apartheid—coupled with the West’s double standards on multilateralism, the use of force, and rule of law and democracy—make many in the ANC, the South African Communist Party (part of the ruling tripartite alliance), and the populist Economic Freedom Fighters (an offshoot of the ANC) be inclined toward Russia’s justification of its “special military operation.”

BRICS ties add another layer of solidarity. Since the BRICS’ creation, the West has dismissed it as an anomaly given the political and economic differences among its members. But the West has underestimated its relevance to its members as a Global South geopolitical grouping (Russia is an “honorary” Global South member). For South Africa, the smallest of the BRICS members, it remains a very important geopolitical body where the country can rub shoulders with the rising superpower, China, and other important leaders in the Global South that share similar views on the need for the reform (or transformation) of the global system.

What can the West learn?

Much of the South African government’s narrative on the Russian invasion focused on the West’s hypocrisy. But it also called the invasion a violation of international law and the U.N. Charter. South Africa repeatedly emphasized that it had a right to exercise an independent and non-aligned foreign policy, and should not be expected to take a side in a conflict in which it had no direct interest, or where it risks its interests by aligning with one side.

Early in the war, the West couched the conflict as one between democracies and authoritarian systems. The voting behavior of developing countries over the course of three votes in the United Nations General Assembly illustrated that this analysis was flawed. South Africa and other developing countries adopted “non-aligned” positions not because they necessarily condoned Russia’s invasion of Ukraine. Rather, this became a proxy for countless examples where the West had failed to deliver or live up to the rules that it expected others to follow. Countries in the Global South are no longer willing to automatically fall into line when pushed by the great powers. This means that the West (and others) should not take the support of developing democracies for granted. The invasion of Ukraine has highlighted that developing countries look at the whole scorecard in determining whose side to take or indeed to take no side at all.

Chinese investment in Afghanistan’s lithium sector: A long shot in the short term

Chinese investment in Afghanistan’s lithium sector: A long shot in the short term