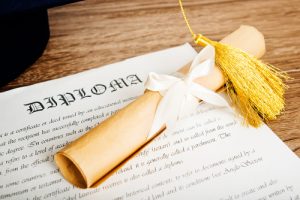 Unemployment among the youth (16-24) in China has reached a record high of 18.4%. Unemployment is drastically more prevalent in this demographic compared to the nation as a whole where unemployment sits at 5.9%. Youth unemployment tends to be higher in most nations, with the US posting a 7.8% unemployment rate for the youth and the European Union reaching 13.9%. While our models indicate that China is on the rise, the strain on the labor force will slow the trajectory.

The Bank of America believes youth unemployment in China will rise to 23% in the coming months. They also believe unemployment for the nation as a whole will continue to rise. Young people flock to the cities for employment, and there are simply not enough jobs to meet demand. The requirements to enter college surpass most nation’s standards and numerous teens have taken to social media to complain about the harsh selection process.

China is now encouraging new graduates to seek work in the less desirable countryside, as over 10 million students are set to graduate in the coming weeks. The government is offering incentives to those who choose to work in the country as well.

“For college graduates who start a business in the field of urban and rural community services, policies such as preferential taxes and fees, one-time entrepreneurship subsidies, and guaranteed loans for entrepreneurship shall be implemented in according with regulations,” The Ministries of Education, Finance, Civil Affairs, and Human Resources and Social Security stated. Businesses in these areas that agree to hire new graduates will receive government incentives as well.

The problem began with the pandemic and lockdowns. The zero COVID policy rule has slowed China’s progress toward becoming the financial capital of the world. Small businesses, and businesses in rural areas, were especially affected by the lockdown policies. Additionally, hiring in the tech field has declined after President Xi placed new regulations on that sector. The primary jobs offered in the countryside include hospitality, real estate, and healthcare. Options for remote work could increase the ability for the youth to live and contribute to life outside urban areas. China must find a way to employ these new graduates with no prior experience before the situation worsens.

New Interview: The Collapse of the Republic