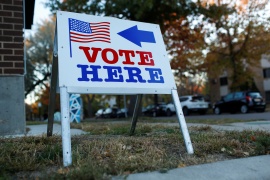 The January 6 committee has demonstrated exactly how close the United States came to a coup last year. But, as we consider the risks facing American democracy, the aftermath of another election is equally worthy of our attention. In the year 2000, the presidential election came down to a single state with serious election administration issues and a margin of a few hundred votes; the election was ultimately determined when the Supreme Court’s conservative majority, surprising many legal observers, decided to stop the recount in Florida. Now consider what it would look like if 2024 is a replay of the 2000 election. It raises the painful question: if the formal institutions of the United States fail to protect the integrity of our elections, what then?

As Justice Stevens wrote in his dissent from the majority opinion in Bush v. Gore:

Although we may never know with complete certainty the identity of the winner of this year’s Presidential election, the identity of the loser is perfectly clear. It is the Nation’s confidence in the judge as an impartial guardian of the rule of law.

Justice Stevens’ concerns were utterly valid then. But today there are even greater reasons to worry that officials would not apply an impartial standard in deciding the rules that determine an election.

The Republican Party is no longer committed to the most basic standard of democratic politics: accepting when you have lost an election. Former President Donald Trump continues to deny having lost to President Biden. While Sen. Mitch McConnell finally acknowledged President Biden’s victory on December 15, 2020, 147 Republican senators and representatives, more than half of the party’s representatives in the legislative branch, voted in January 2021 to overturn the election results. Trump and his allies in Congress met frequently in December 2020 to strategize how to keep Biden from taking office. And then, on January 6, President Trump incited a mob of his supporters to attack the U.S. Capitol as the electoral vote count was being certified, violence that the Republican National Committee has since described as “legitimate political discourse.”

It is in this context that we must consider Republican efforts in 2022 to undermine the nonpartisanship of state election systems in at least 33 states. In Wisconsin, for example, Republicans have attempted to dismantle the bipartisan Wisconsin Elections Commission. In at least 19 states, election deniers are running for offices with oversight of election administration. In the battleground state of Pennsylvania, the Republican nominee for governor, Doug Mastriano, was personally involved in efforts to overturn his state’s 2020 election results and in organizing protestors to come to Washington on January 6. Efforts to undermine apolitical election oversight are also occurring at a local level. Coming on top of more than a decade of politically motivated voter suppression efforts, these partisan attacks on the integrity of U.S. elections can hardly be more worrying.

A legal strategy to protect election integrity is crucial, but it is not enough. Civil rights organizations, like the NAACP and ACLU, are doing vital work to challenge laws that threaten Americans’ rights to participate in free and fair elections. But such a strategy is necessarily reactive and can take months or years.

What is more, the outcomes of such cases are far from certain. In 2020, the judiciary worked as one would hope, tossing out baseless and “slapdash” cases from the Trump legal team. But a more competent legal strategy might fare differently, particularly given President Trump’s marked success in appointing judges to federal appeals courts. It is not enough to hope that, as in 2020, the officials in key positions make the right choice.

At the end of the legal road stands the Supreme Court, which has a stronger and more extreme conservative majority than it did in 2000. President Trump selected three of its members: Amy Coney Barrett, Neil Gorsuch, and Brett Kavanaugh. Barrett and Kavanaugh, along with Chief Justice John Roberts, were members of the Bush legal team that fought to end the 2000 recount in Florida. Clarence Thomas, whose wife has been implicated in the efforts to overturn the 2020 election, was among the justices who voted to stop the recount. Kavanaugh drew some criticism in 2020 for taking the unusual step of citing the Bush v. Gore decision in a voting rights case. And, if the leaked Dobbs ruling overturning Roe v. Wade is any indication, the court appears ready to make highly controversial decisions on civil rights.

Which leaves those of us committed to election integrity with an exceptionally difficult question. How should Americans respond if formal political institutions prove inadequate to ensure that the legitimately elected candidate takes office in 2025?

Americans simply do not have much experience of popular movements for democracy, and that leaves us short-handed in a potential crisis. Not since the Civil Rights movement have most Americans experienced a mass mobilization to ensure free and fair elections. As Dana Fisher and I recently noted in The Nation, liberals today appear to be relying on “an outdated playbook of one-day rallies” that will not overcome the legislative dead-ends they face on gun control, abortion and climate change. Those tactics are equally unready to cope with judicially legitimated election subversion.

Ideally, our formal institutions of election protection will work unimpeded and uncorrupted, and the administration of U.S. elections will proceed in a nonpartisan manner. But it is not enough to ask Americans to vote and to hope their votes will be counted. It is time to seriously consider what steps are available if our formal institutions, including in the states and in the judiciary, are obliged to protect the integrity of American elections, and fail the test. If the events of January 6 taught us anything, it is that it is better to be prepared for the worst-case scenario.