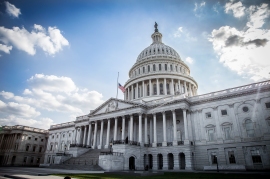 Chairman Himes, Ranking Member Steil, members of the Committee, thank you for inviting me to participate at this roundtable on America’s unbanked and underbanked. I laud the Committee’s attention to these substantial problems that impact approximately one out of four American families. Rectifying these problems is essential to achieving this Committee’s goal of addressing the growing prosperity gap.

Basic financial services have become a reverse Robin Hood system whereby lower income Americans pay tens of billions for services that middle- and upper-income Americans receive for free.1 This is particularly the case for the underbanked. The Federal Deposit Insurance Corporation(FDIC) estimates that about one in six American households are underbanked, which they define as using a bank account but also using a payday lender, check casher, or wire transmitter service.2 In addition, one in twelve American families with bank accounts pay $350 a year or more in overdraft fees, according to the Consumer Financial Protection Bureau.3

Why are so many Americans paying so much for financial services when they have a bank account? The answer: our financial system is not well structured to provide the services people living paycheck-to-paycheck need at low costs. This forces many people into high cost workarounds. The result is that the less money you have the more money you spend to access your own money. Basic banking is one reason why it is expensive to be poor in America.

An example elucidates this problem. Consider depositing a check. Despite rapid improvements in the technology involved in clearing checks and legislative changes to enable this new technology (the Check 21 Act of 2004, which I worked on) it still takes sometimes as long as six days for the money from a check to be available in a consumer’s account. For those who always have money in the bank, this delay is relatively meaningless. But for those who are living paycheck to paycheck the results are devastating.

Consumers who run out of money while waiting for the payment to clear are left with bleak options: continue to pay bills and use your debit card, you face overdraft fees that average $35 per transaction; go to a payday lender and pay $50 for a few hundred dollars to make it through the weekend; or avoid the bank altogether and take your check to a check casher, paying on average $20 and get cash immediately.

Estimates for the total amount of overdraft fees paid range from $15 to $35 billion a year.4 5 Payday lending fees have been estimated at nearly $10 billion.6 These are fees only paid by people with bank accounts—by definition every overdraft fee is paid to a bank or credit union and every payday loan requires an account in order to give the lender a post-dated check as collateral. My research using FDIC data shows that 70 percent of check-cashing customers have bank accounts and that the majority of checks cashed are from these customers.7

Other elements of our slow payment system drive up these costs, including banks and credit unions’ ability to post debits before credits and the inability for consumers to even know when exactly their check or direct deposit will be available. Millions of Americans got paid on Friday, December 10. For most with so-called ‘direct deposit,’ the money was actually withdrawn from their employer several days earlier. This money has been sitting for days while people living paycheck-to-paycheck are spending potentially $50 billion a year in just these three fees alone as they wait for their own money to arrive.

The problems in our banking and payment system impact federal government programs, reducing the effectiveness of policies meant to help. For example, Congress acted with incredible alacrity in providing emergency assistance to millions of American families who were suddenly without income at the beginning of the COVID-19 pandemic, enacting emergency payments to families just weeks after the shutdown hit on March 27, 2020. However, the U.S. Treasury did not start sending out money until April 10, and then it took another five days until April 15 before the funds were actually available to those who were lucky enough to receive the first batch. What were families supposed to do for those days while they waited for their money?

Less than half of all eligible Americans received their COVID-19 stimulus in that first round. More than one-third had to wait until May or later to receive their emergency funds.9 And when they did receive their money, for one in four it was by paper check or plastic card. How can it be that 95 percent of families in this country have a bank account, but Uncle Sam could not find 25 percent of Americans bank accounts to give them money in the midst of a national pandemic? Part of the reason is that the Treasury Department simply does not have the information, and another part is that they are unwilling and unable to work with those private sector companies that do.10 This problem still has not been solved, as one in seven families eligible for the child tax credit did not receive their money through direct deposit.11

The result is meaningful for those impacted. One estimate is that $66 million of the first round of CARES Act stimulus payments went to check cashers, as people couldn’t afford to continue waiting. There is still not an easy system for families who are receiving the child tax credit to use it as the regular direct deposit that is required by many banks and credit unions to be eligible for ‘free checking’ accounts.

There are several simple and hopefully bipartisan solutions to these problems. The single most impactful thing the federal government could do is to give people access to their own money immediately. This can be done by simply amending the Expedited Funds Availability Act to require immediate access for the first several thousand dollars of a deposit, instead of permitting the lengthy, costly delays that harm people living paycheck to paycheck. Empowering people to have access to their own money immediately ought to be the small ‘c’ conservative idea that crosses ideologies and forms sensible policy.

Access to digital money is a requirement to participate in the new digital economy.  Accessing digital money is easy and free for those with money while for those without a lot of money, digital money is expensive. Requiring all banks to offer a low-cost, basic bank account is one solution to many aspects of this problem.12 The FDIC designed a Safe Account product, which has been picked up by the BankOn movement. Many banks and credit unions offer these types of accounts already. The American Bankers Association urges banks to offer such an account as part of its best practices.13 This best practice should be universal so that any American in any bank can open a basic low-cost, full-service account. Every bank and credit union has a charter from the government. That charter provides great benefits and also responsibilities. A basic, low-cost account is such a responsibility.

In conclusion, there are no magical, single-bullet solutions to fix the entire system. But there are a series of simple policy levers that can be pulled, each of which helps to fix a portion of the problem. Thank you very much for the opportunity to participate, and I look forward to engaging in a lively conversation.