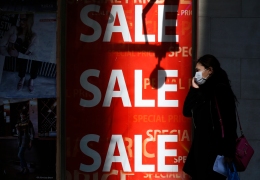 In contrast, the evolution of government debt in EMDEs has been more erratic (Figure 3). Government debt in EMDEs excluding China saw small declines in the five years after the 1991 and 2009 recessions. For the 1991 recession, debt rose in the immediate aftermath of the recession but then decreased rapidly as growth recovered. While in the 2009 recession government debt saw a modest increase during the recession but stabilized thereafter, as EMDEs were less affected and recovered more rapidly from the global financial crisis than advanced economies.

Regional dimensions: a mixed picture but not for everyone

Regionally, the evolution of government debt after global recessions was more varied. Almost all regions saw an increase in debt following the first two recessions, with particularly large increases in East Asia and the Pacific (EAP), Latin America and the Caribbean (LAC), and sub-Saharan Africa (SSA). EAP and LAC saw an unwinding of this debt in the period after the 1991 recession as debt was reduced, including due to the provision of debt relief (via the issuance of Brady bonds), while debt in SSA rose further as many countries did not receive debt relief until the late 1990s.

Debt was broadly stable in most regions following the 2009 recession, which mainly affected advanced economies. Overall, all regions other than SSA saw at least one global recession episode in which government debt declined. In SSA, however, government debt has increased following each previous recession, and debt only declined during the late 1990s and 2000s as a result of the Heavily Indebted Poor Countries Initiative and Multilateral Debt Relief Initiative. SSA has the largest number of LICs, and more than half of LICs are in debt distress or at high risk of debt distress.

Hopes and realities: no time for complacency

In the medium term, some expect that global government debt stocks will stabilize at current levels as a result of the post-pandemic rebound in growth and withdrawal of fiscal support measures. The expected stabilization in debt-to-GDP ratios may alleviate some concerns about elevated debt levels at present.

If such a stabilization materialized, however, it would be a significant departure from debt developments in the aftermath of previous recessions, particularly in the case of advanced economies and countries in SSA. Furthermore, forecasts of government debt tend to suffer from optimism bias: actual government debt to GDP ratios have been shown to be about 10 percentage points of GDP higher after five years than initially forecast, on average.

In light of this historical record, and given large financing gaps and significant investment needs, including facilitating the energy transition, a stabilization in debt levels looks optimistic. Even if debt does stabilize, it remains at exceptionally elevated levels by historical standards and may rise if current low interest rates do not persist.

What are the implications of these observations for policymakers? It is critical to avoid complacency among policymakers who may have optimistic views about debt prospects in the near term. Some policymakers in EMDEs may be tempted to rely on growth alone to lower debt while some others hope that low interest rates would help keep debt service manageable. Policymakers should hope for the best but prepare for the worst as a new monetary policy tightening cycle gets underway in advanced economies.

Debt tsunami of the pandemic

Just Try to Listen to Both Sides

Can school buses improve access for students without driving down academic outcomes?