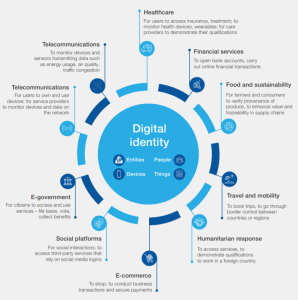 The World Trade Organization (WTO) and World Economic Forum (WEF) recently published a report that encourages the use of a global digital identity program for persons and objects. The report centers on global trade but is the first step toward introducing global AI tracking. Under the guise of COVID, the two organizations claim that trade can be streamlined with their TradeTech technology.

Their recent report, “The Promise of TradeTech: Policy Approaches to Harness Trade Digitalization,” states their next goal:

The only reason to trace persons as if they were objects is control. They first attempted to control the masses using the pretense of a pandemic to implement digital vaccine passports, but now they need stronger backing. Schwab’s Great Reset infiltrated governments globally, and they are indeed making decisions to smolder the world economy — Bring Back Better.

Now that the global economy is on the decline, these organizations promise to improve the living standard with the caveat of accepting their version of Utopia and agreeing to be tracked as an object.

Does Zuckerberg Belong in Prison?

Biased appraisals and the devaluation of housing in Black neighborhoods