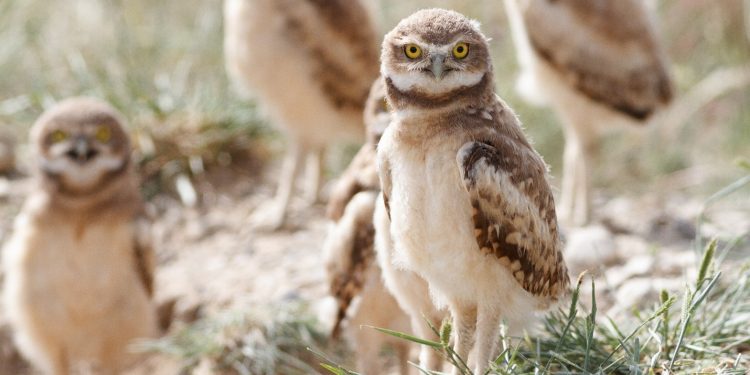 In this new post, Carl G. Lundblad, a new ecological researcher working at the University of Idaho, ID, USA, shares his paper: Intraspecific variation in incubation behaviours along a latitudinal gradient is driven by nest microclimate and selection on neonate quality—recently shortlisted for the Haldane Prize for Early Career Researchers.

Like many wildlife ecologists, I was drawn to the field through a lifelong fascination with the diversity of life I observed around me as a child.  I grew up in the southwestern U.S. among such exotic-seeming creatures as Gila Monsters, Harris’s Hawks, Pyrrhuloxias, and Kangaroo Rats, and I couldn’t help but wonder about the evolutionary processes that allowed so much fascinating diversity to exist in my own back yard.

As a graduate student, I became increasingly aware that such diversity extends far beyond unique body plans, bright colours, and charismatic behaviours, to include dramatic variation in their life-histories. Strictly-speaking, life-history refers to the evolved strategies by which animals allocate reproductive effort across their lifetimes in a way that balances reproduction with survival as to maximize lifetime fitness. Some species breed only once within their lifetime and may produce thousands of eggs or propagules at that time, while other groups like mammals might produce less than one offspring per year. Even within a group like birds, clutch size ranges from a single egg per nest in many seabirds to dozen or more among many waterfowl and gallinaceous birds like pheasants and partridges.

The cause of such extreme variation also fascinated and puzzled early naturalists and ecologists. Why would closely related species, or those living in the same environment, exhibit such disparate reproductive strategies? Eventually, researchers began to notice intriguing patterns in life-history traits like clutch size and fecundity. Clutch sizes were larger at high latitudes than at lower latitudes, declined across the breeding season, and these patterns held true both among and within individual species. These geographic and seasonal patterns provided the initial clues that allowed ecologists like David Lack and Alexander Skutch to formulate hypotheses to explain them, and by extension explain what accounts for life-history variation, generally. Furthermore, the fact that life-histories varied systematically along thermal gradients indicated that they must be sensitive to broad-scale phenomena ultimately driven by abiotic conditions such as temperature, productivity, or day-length.

Far from just academic curiosities, understanding the underlying causes of these patterns is important because they can inform our understanding of the evolutionary processes that generate diversity, generally, and because they directly account for variation in the birth and death processes that regulate all populations. Furthermore, if evolved reproductive strategies are driven by abiotic and thermal mechanisms, then an improved understanding of those mechanisms can lend us important insights into how populations will respond to, and whether they will be able to adapt to, climate and other environmental changes.

As a Ph.D. student, I designed an original research program to understand the drivers of life-history variation among Burrowing Owls breeding in North America. My study involved installing motion-activated infrared video cameras into occupied Burrowing Owl nests (all in underground nest boxes) at five study sites spanning a 1400-km latitudinal transect from southern California to northeastern Oregon – a daunting logistical challenge that we don’t have time to go into but which often made me question my life choices! We already knew that clutch size of Burrowing Owls ranged from about 3-6 eggs in the southern portion of their North American range up to 8-13 in the northern Great Plains and southern Canada, and I wanted to understand why. In particular, I wanted to understand if and how the abiotic environment and thermal mechanisms accounted for that variation. However, it also struck me that previous studies of life-history evolution had focused largely on clutch size, and I wanted to understand patterns and causes of covariation in a full suite of life-history traits; things like parental care, hatching patterns, nest attentiveness, and incubation period length.

I am particularly proud of the independence with which I was able to conceive and execute this aspect of my research. Wading into a somewhat contentious debate, between two famous scientists and regarding some challenging concepts. was intimidating.  Furthermore, although I had discussed variation in incubation periods in very general terms with my advisor and graduate committee, we had never discussed the competing hypotheses. This material was not an explicit part of the dissertation proposal my committee had signed off on. Therefore, when I submitted my final dissertation to my committee, they did not know the contents of this chapter. My advisor had only seen it one month prior, when I first introduced the material to our research group in a lab meeting.  To my relief, they were pleased with my work, I passed my defence and was awarded my terminal degree. I now feel even more validated for taking what felt like a big risk, to produce this manuscript, given that it has been recognized as a finalist for Functional Ecology’s Haldane Prize. My advice to young researchers is to be bold and tackle big questions.  Your research may take different twists and turns along the way. Embrace those opportunities, and sometimes those diversions end up producing your best work.

The author, Carl Lundblad, poses with one of his research subjects in southern Nevada (Richard Cantino)

The author, Carl Lundblad, poses with one of his research subjects in southern Nevada (Richard Cantino)

I grew up exploring the deserts and mountains of New Mexico and Arizona, and so pursuing a career in ecology felt like a no-brainer if it meant I could be paid to work outside, study animals, and advance understanding and conservation of native species and their habitats. I earned a Bachelor’s degree at the University of New Mexico, in my hometown, and then spent 7 years gaining a diversity of professional experiences before entering graduate school. I then completed a Masters in Wildlife Ecology at the University of Arizona, studying altitudinal migration and life-history variation in Yellow-eyed Juncos. I recently completed my Ph.D. with Burrowing Owls at the University of Idaho, and I am currently a postdoctoral scholar in the Department of Fisheries, Wildlife, and Conservation Sciences at Oregon State University. When not working, I can be found exploring the western United States, birdwatching for fun, and hiking as much as possible.

US-Japan relations in an era of economic statecraft

The Reshuffling Report 10: Female representation in the Chinese leadership prior to the Party Congress