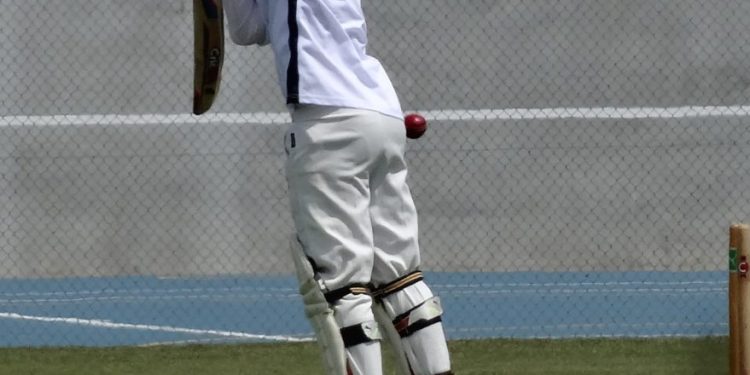 I’ve spent over two decades involved in school cricket. For the last 21 years I have coached teams as well as managed clubs and, for the last four seasons, maintained a grass cricket block for the local club. My very patient wife has been extremely supportive of the vast amounts of time that I have spent on this. For 17 years I had the excuse that my sons were involved in the teams, but that has not been the case lately. Did I mention that my wife is very patient?

As a lecturer, I enjoy the teaching side of coaching. Watching my players master the cover drive, try that in-swing delivery, catch a high ball for the first time, is a great feeling. I don’t much like running clubs, but that is a necessary evil these days when we are not overwhelmed with volunteers. Managing the grass pitches is a nice tonic, several hours a week of relatively mindless work, away from the other pressures of my life (while adding a few new ones, I guess).

A common thread over the last two decades has been in keeping players and building numbers. Most sports are struggling to keep kids in them, especially as the transition through high school. One idea that we had for increasing numbers in the younger age group was to have cricket skills sessions run as late afternoon events over a few weeks in early summer. There, kids aged 5-7, with no cricketing background, could try and learn some skills related to cricket without the stress of being in a game. It was branded under many names but the earliest was ‘Have a go’ cricket.

I dutifully added this responsibility to my cricket diary and ran these sessions for a few years. It was very successful and we would often have 50 kids along. They seemed to enjoy themselves and parents were happy.

Over those years our junior teams playing on Saturdays hardly increased in numbers. At first I didn’t really think about it. Lots of kids participating meant that ‘Have a go’ cricket was successful. And it was, just not for what we really wanted it to do. Bring more kids into the game.

Sometimes kiwi can be the greater of two evils… Neat, if creepy, exposure…

I used to teach into a third year wildlife management course. Each year I asked this question of the class around management and conservation. Which is the lesser of two evils? Running in to do something, even if we are unsure that it will work; or sitting and doing nothing until we know what we should do at the risk of impacting the population. Each year the students voted about 2:1 for just getting on and doing stuff (even if this might make things worse).

The argument seemed to be that doing something is always better than doing nothing. Of course this can be wrong – you might do something that actively makes things worse or blocks better options from being done.

For both ‘Have a go’ cricket and doing a particular conservation option, the remedy is to collect some data and look at whether what you are doing really is having the helpful outcome that you want it to do.

Peter Jahn (a PhD student from Lincoln), and his supervisor James Ross, have been doing just this for kiwi conservation; collecting data to see if all of the time and effort that has gone in to conserving these iconic New Zealand species was worth it.

Translocating kiwi, moving individuals from one place to another, has been a common conservation measure for well over 100 years. Initially, kiwi were moved because their populations were disappearing from an area and they were shifted elsewhere to safety. Over the last few decades, kiwi have also been shifted from areas with large populations to recolonise areas that have been made safe.

Kiwi are the most translocated bird in NZ. Some populations have persisted for decades after translocation. Clearly translocation works and it is not surprising, from a conservation point of view, that translocating is our first move when kiwi numbers are in decline. Or is it? Peter has just published his findings in the New Zealand Journal of Ecology.

Very few of the historical translocations passed these criteria. Many others were done within the last 15 years and can not yet be assessed. So for decades we have been doing something that has very little evidence for being effective. What can go wrong? Translocated populations are often badly affected by predation at the new site and by dispersing away from the new site.

This is not to say that translocations are the wrong thing to do. It does suggest that translocations need to be done in certain ways to ensure that we give them the best chance of success. Collecting data to measure their effectiveness is also crucial.

Gathering data is always a useful thing to do, whether running junior cricket sessions (there were plenty of benefits , just not in growing cricket teams) or kiwi translocations. Sometimes we need to resist the urge to just do something. Rather, we just need to take things quietly, understand what is happening, and then make informed decisions, despite the urgency that we often feel.

The Simple Solution to Ukraine