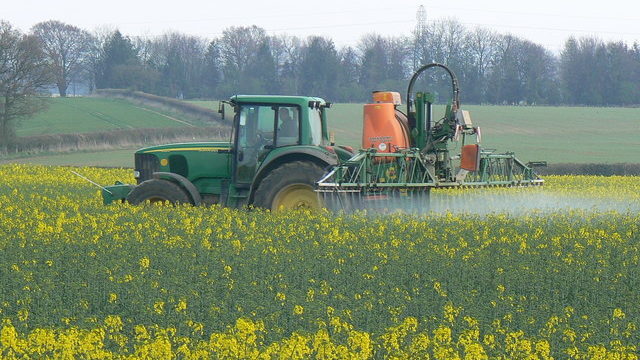 Most of our existing antibiotics were found in the dirt — with the help of pilots and missionaries. It started with the discovery of penicillin in 1928, streptomycin (1943) and neomycin (1948), all found from bacteria in soil samples. Those discoveries set the eyes of drug companies on searching in soil. They commissioned pilots, explorers and foreign correspondents to send back soil samples as they travelled, and they made a deal with the Christian and Missionary Alliance to have its members do the same.

The mid 20th century was Golden Age for discovering antibiotics. This golden era was quickly followed by a devastating low and, from the 1970s, fewer and fewer antibiotics were found. Today the search is even longer and more expensive. It costs roughly $1 billion per drug to find and finish all the rigorous and expensive testing to bring it into use.

Bacteria never stop developing sneaky strategies to withstand our antibiotics. Doctors and scientists talk a lot about using antibiotics only if they are absolutely necessary. Overuse of antibiotics allows bacteria that mutate to build resistance. But what if things other than antibiotics cause drug resistance? What if other types of chemicals, similar to antibiotics, that we expose bacteria to, can cause it as well?

A team of scientists from University of Canterbury, Lincoln University, Massey University and a private research institution based in Mexico City had the ingenious idea to look beyond antibiotics and see what happens when two pathogenic bacteria, Escherichia coli and Salmonella enterica serovar Typhimurium, are exposed to herbicides, like Roundup , 2-4 D or Kamba. Herbicides are used widely in agriculture or in our public and private gardens to kill weeds. Herbicides are a kind of biocide, substances designed to kill unwanted organisms. Antibiotics are biocides as well, but target harmful bacteria instead of weeds.

The team found that repeated exposure of bacteria to herbicides was causing bacteria to develop a resistance to antibiotics up to 100,000 times faster than if the herbicide was not there. They learned this by growing E. coli and Salmonella in the laboratory, in different types of antibiotics, with or without three different types of herbicides. Bacteria grown with both herbicide and antibiotic survived higher antibiotic concentrations than those grown only with antibiotics. For example Salmonella, a common cause of food poisoning, grown in presence of Roundup and Kanamycin (an antibiotic), needed a higher concentration of this antibiotic to kill it.

The next question they asked themselves – how are these tiny creatures able to build the resistance and build it so quickly? It appears that the bacteria simply pump these chemicals out of their cells. Additionally, they may not take in as much of the poisonous chemicals into their cells, keeping the “windows” and “doors” to the cell shut when there is pollution outside. Often susceptibility to the antibiotic can be restored when the “unwanted” substance is removed. This is good news, although the resistance may persist depending on the environment and may also cause a problem with an accurate medical diagnosis.

The effects of resistance to antibiotics were tested at herbicide concentrations that are above amounts legally allowed in food but within applications allowed in agriculture. Worryingly, the leader of the research, Prof. Jack Heinemann, noted that “We found that aspirin and Kamba could induce the effect when together at concentrations that neither could on its own. The concentrations that may be in some (farm) animal feed in theory could be high enough to induce the effect. For example, it is legal in New Zealand (and probably other countries too) to graze farm animals on paddocks recently sprayed with Roundup concentrations that can cause this effect.” Heinemann also noted that in some countries antibiotic use in farm animals is so high that the antibiotics are detected in manure. This manure is then spread on fields as fertilizer, where it may come into contact with herbicides. This is the mix that results in the resistance response. Other research has shown that insects such as flies, that visit the manure, can acquire the bacteria and potentially spread them around.

More studies from different countries are now emerging. Scientists from England and China have found out that soil bacteria exposed to herbicides increase bacterial tolerance to antibiotics. They conclude it may happen due to herbicide causing mutations in bacteria. Those resistant antibiotic genes may be then passed to other bacteria. Not many people know that bacteria can swap genes with their neighbours, promoting genetic diversity without the need for sexual reproduction. This diversity allows bacteria to adjust quickly to changing environment.

The importance of those studies is significant as increasing use of common chemicals in agriculture and beyond looks like it will add to resistance of pathogens to multiple antibiotics. This has the potential to create “superbugs”, bacteria that are resistant to the very last type of antibiotic. Today, according to U.S Centre for Disease Control and Prevention, superbugs cause twice as many deaths in the United States as they did even six years ago. In fact, approximately 2.8 million people are infected with a superbug every year—23,000 die as a result.

Weed killers are used widely in agriculture, our private gardens and parks. They may already be easily detected in us, the atmosphere, our pets and our homes. If the public’s park lawn is treated with Roundup, or our neighbor sprays his lawn, our dogs and cats can easily transport high doses of the herbicide into our homes. What if we have a family member taking an antibiotic at the same time? What about when a cow pat on a field is later covered in herbicide and then used as fertilizer? This magic mix of bacteria, antibiotics and herbicides can cause the infections that are hard to cure.

We are using more antibiotics to kill bacteria and bacteria are becoming more resistant. How are we going to get rid of those resistant forms? And if we continue with overuse of harmful herbicides and other similar chemicals, are we able to preserve the miracle of antibiotics that have saved our lives for decades?

This article was prepared by postgraduate student Joanna Krakowiak as part of the ECOL 608 Research Methods in Ecology course.

Kawakawa, the ‘holey’ herb of Aotearoa

Why Arab Mercenaries Fight for Russia