The Inequality of the World Economy 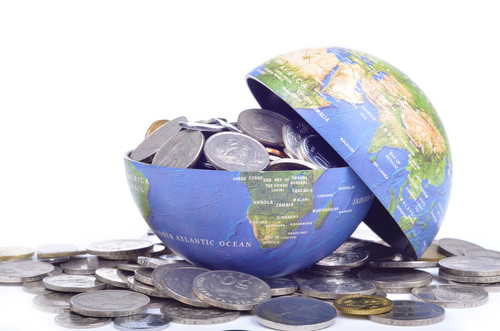 QUESTION: Mr. Armstrong; I have followed your comments on the future of inflation for the last five years at least since a friend attended your conference. I must say you have alone singlehandedly defeated every economic theory I have studied.

Since the start of this pandemic in 2020, most prominent neoliberal economic voices warned of the danger that the spending would create inflation. The U.S. spent more as a share of GDP than any major economy on this planet. There was a mix of direct payments to citizens, forgivable loans to small businesses, and then new pandemic-related federal spending. Yet the data showed inflation in the United Kingdom has hit nearly 10% and European inflation rates were higher. Every G7 nation had higher rates of inflation than the United States. This called into question that there was a possible disconnect between the rationale behind tightening U.S. monetary policy and the actual causes of ongoing inflation rises.

Your favorite economist, Larry Summers, from nearly the beginning of that fiscal response, warned this would trigger inflation. At first, he seemed correct. However, by the start of 2022, U.S. inflation did outpace the average for OECD nations. Yet here in 2022, inflation externally to the U.S. is now surpassing all U.S. levels, and the forecasts of the neoliberal economic thought are in open to doubt as to their outcome.

Your argument against the Quantity Theory of Money appears to be vindicated. Since the U.S. had printed much more money than other economies, then how was it possible that the U.S. would have the lowest inflation rates? The discussion in some circles has tried to explain that at first, the U.S. stimulus remained has been overshadowed by non-monetary factors such as shortages. That has been your expectation years in advance.

Now even wages have risen dramatically ever since the end of unemployment benefits to adjust for the rise in inflation. Yet employment has still not recovered for prime-age workers compared to 2019 levels.

I understand you are not interested in teaching at a university. Perhaps it is time for you to write a textbook to provide a better view of the complexity of the world economy. We are obviously in new territory.

Would you care to explain how inflation is significantly higher outside the United States despite the fact that the U.S. expanded its money supply greater than any other nation?

ANSWER: I know this is a very complex question that most people, no fewer politicians, want to think about. Aside from COVID and the supply chain, Biden & the Green’s attack to end fossil fuels is just totally insane. The US was self-sufficient under Trump. Biden has done everything to undermine that and they have no idea what they are doing. They are making the US economy vulnerable. However, outside the USA, nations are NOT self-sufficient, and the further you move down the rank, the greater it is that their population is living hand to mouth.

Europe has no energy. This push by the Greens in Germany and Austria is just completely insane. Remove Putin in Russia, and you will get a hardline replacement who will see that this is the moment to take Europe, and Europe tried to invade Russia twice before. Cutting off the energy and the Greens have made Europe vulnerable, which the Neocons and NATO salivate over finally getting to use their toys.

The dramatically higher cost of energy in Europe is driving inflation substantially higher in Europe because it also filters over into the cost of transporting everything, right down to food. The inherent problem we always have is that we tend to judge everyone else by ourselves. The world is really different outside the United States. In Japan, the price of gasoline per gallon works out to ¥646.548. Japan, instead of taxing gasoline, the government subsidizes it by about ¥100 per gallon. Thus, the consumer pays about the same as an American.

The higher the fuel cost, the higher the inflation, at least until the Greens force everyone to ride bicycles, stop heating their homes in winter, and truckers revert back to horse and wagons.

While we have Klaus Schwab claiming inequality is a huge problem, and we need to return to his world of equality, he obviously never considered anyone outside of his own circle. The world is vast. Perhaps we should take all his wealth so he can be equal in wealth to a goat herder in Africa. I’m sure that would solve all the problems of the entire world.

The post The Inequality of the World Economy first appeared on Armstrong Economics.

Money and the Rule of Law: Looking Back After a Year