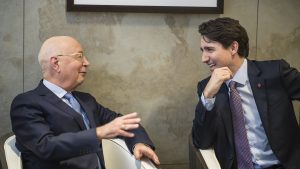 Canada’s Trudeau is proposing to reduce fertilizer with the globalist goal of achieving zero emissions by 2030. Every indicator says that food scarcity is on the rise, and yet politicians are continually making it harder to farm. Trudeau’s plan entails a 30% reduction in fertilizer and is a direct threat to the food supply.

Fertilizer Canada believes this plan will begin hurting agriculture as soon as 2023. The agency believes that Canada may lose over 160 million metric tons of spring wheat, canola, and corn between 2023-2030 alone. Alberta Minister of Agriculture Nate Horner stated that the world is looking at Canada to increase food production amid scarcity and that the government is doing much more harm than good with this ban. “The world is looking for Canada to increase production and be a solution to global food shortages. The Federal government needs to display that they understand this. They owe it to our producers,” he stated.

Who else placed bans on fertilizer, and how did it go? Let’s look at Sri Lanka, which is currently in ruins. Disgraced former President Gotabaya Rajapaksa promised to transition to “organic” farming. In April 2022, the government banned synthetic fertilizers and pesticides and forced two million farmers to switch to organic farming. The plan failed and the downturn was swift. Rice production fell 20% in six months and continued to fall until the nation began importing rice for the first time in recent history.

The Rajapaksa Administration knew it was in serious trouble by 2021 and tried to offer farmers incentives for losses incurred. Now, over 86% of the population of Sri Lanka is food insecure. Countries looking to ban or reduce fertilizer must realize that the outcome will lead to less food. Should we let people starve to “save” the environment?

The Inequality of the World Economy

A Note on the New Russian “Gold Standard”