The promise of modern services in traditional economies 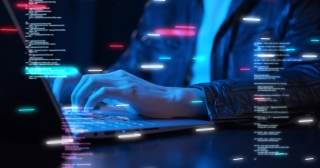 The process of structural transformation in now-industrialized economies was typically linear—first moving from agriculture to manufacturing, and later from manufacturing to modern, knowledge-intensive professional services. But growth in less industrialized countries over the past three decades has not conformed to this pattern. “Modern” services have provided productive growth opportunities in “traditional” economies, i.e., those without a large manufacturing base—either through serving final demand abroad or leveraging domestic demand from sectors other than manufacturing. These opportunities, in turn, have contributed to job creation.

Much like manufactured goods, the production of modern services—computer programming, business process outsourcing (BPO), and knowledge process outsourcing (KPO) of accounting and architectural and engineering services—is fragmented across countries. This can occur when the development, maintenance, and training for software-related code is performed in one country and delivered digitally to customers in another. This labor cost arbitrage is reflected in the inverse relationship between the share of cross-border delivery (i.e., “mode 1” trade under the World Trade Organization’s General Agreement on Trade in Services) in total exports of information and communications technology (ICT) and professional services and per capita income levels (Figure 1). Service providers in some developing economies—such as India, the Philippines, Ghana, Costa Rica, and Lebanon—particularly benefited from the export of offshore services.

Share of cross-border delivery in total exports of ICT and professional services vs. levels of per capita income, 2017

BPO services have been pivotal in the evolution of the Philippines from an agriculture-based economy where manufacturing has played only a limited role. Costa Rica was a pioneer in attracting offshore BPO services to Latin America, and Ghana has emerged as the top BPO hub in sub-Saharan Africa. Similarly, Lebanon has emerged as a regional hub for exporting financial services in the Arab world. India has long been the poster child for exporting software and other KPO services. And it is now home to one-fourth of the world’s online freelancers on English-language labor outsourcing platforms, such as Upwork and Freelancer.

Leveraging linkages with sectors other than manufacturing

Modern professional services—either upstream (R&D and product design) or downstream (branding and advertising)—increasingly account for much of the value added in the supply chain of manufactured goods. And firms in industrialized countries have used their established manufacturing core to diversify into related but higher value-added services. For example, traditional manufacturing firms such as Apple, Dyson, or H&M locate the R&D, design, and branding services at their headquarters in the United States or Europe while largely offshoring production jobs to lower-cost locations.

In less industrialized countries, linkages with sectors other than manufacturing have made important contributions to the growth of these modern services. For example, Chile used its mineral resources to diversify into the provision of sophisticated engineering services. And Uruguay now exports advanced information technology (IT) services for the livestock industry. There is also a range of information and computer-related services embedded in mobile-phone applications that are often linked to other services, such as retail, hospitality, and entertainment. This market for app development—supported by local language and cultural considerations—is booming everywhere, including in sub-Saharan Africa and South Asia.

The productive growth opportunities among modern professional services are associated with job creation. For example, the share of wages in the export of business services from the Philippines exceeds that in the export of ready-made garments from Bangladesh. The share of wages accruing to unskilled workers is, however, lower in the former compared to the latter. For every $1,000 of ready-made garment exports from Bangladesh, about $160 can be attributed to unskilled labor value added. For the same value of business services exports from the Philippines, less than $90 can be ascribed to unskilled-labor value added. This skill bias narrows with indirect job creation attributable to linkages with other sectors. When a sector’s inputs to economy wide production are included, the contribution of labor value added generated by unskilled labor for every $1,000 of exports is $130 for business services in the Philippines compared with $160 for apparel in Bangladesh (Figure 2).

Source: Authors’ calculations based on the World Bank’s Labor Content of Exports Database.

In conclusion, the growing promise of ICT and other professional services should not be forgotten in economies without a large manufacturing base. If anything, the advent of digitalization during the pandemic has brought a new momentum to these sectors where remote delivery is possible, opening new opportunities for services-led growth. Even traditional economies must capitalize on this momentum provided by modern services.

Comments on “A bold vision for America’s mental well being”