Australia and India Form an Alliance to Lessen Reliance on China 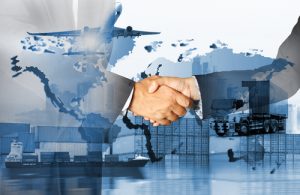 Trade tension between China and Australia has hit a new peak, with Australia now seeking to limit trade with China entirely. Former Australian Prime Minister Tony Abbott said that India will replace China in trade. “For economic reasons, we’re gonna [sic] have to replace China in supply chains and frankly, there is no better substitute for China and so many of their supply chains than India, given India’s very sophisticated manufacturing base,” Abbott stated.

Abbott accused China of “weaponizing trade” and “bribing or bullying other countries around the region.” Australia is now aiming for a $100 billion bilateral trade deal with India. India and Australia entered a free trade agreement in April entitled the “Australia-India Economic Cooperation and Trade Agreement” (ECTA) after over a decade of negotiations. The deal will increase trade between the nations from $27.5 billion in 2021 to $45 billion over the next five years. The agreement also seeks to increase duty-free imports on Indian products and eliminate over 85% of tariffs on Australian goods to India.

China blocked Australian imports during COVID after politicians requested an independent review of the Wuhan virus leak. China later allowed Australian goods to enter the country but increased tariffs significantly. The two nations withdrew from major projects shortly after, such as China’s Belt and Road Initiative.

China recently shut down its largest port and has been contributing to the supply chain crisis. They have had notoriously difficult trade negotiations with most of their largest trading partners. Although the models indicate China will eventually become the financial capital of the world, the road there will be a long one.

The post Australia and India Form an Alliance to Lessen Reliance on China first appeared on Armstrong Economics.

Propaganda From a Warzone