If Republicans Won’t Be the Party of Business, What Will They Be? 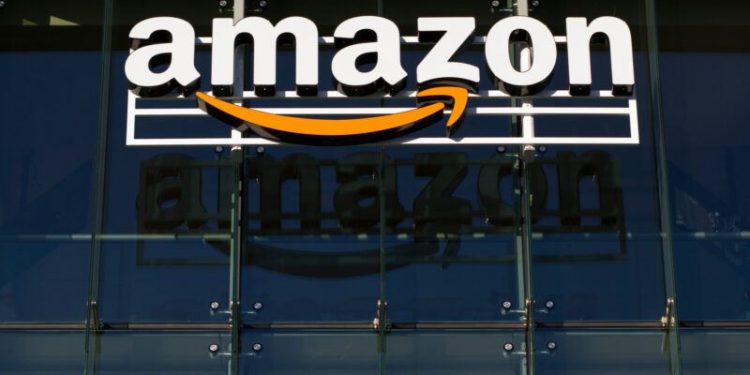 It’s almost a trite assertion so basic is it, but all big businesses start small. Perhaps more important, the small businesses in the U.S. that have grown large did so amid major skepticism.

Most important of all, however, is the basic truth that what’s described as trite in the above paragraph is all the evidence we need of the superfluity of Sen. Amy Klobuchar’s mis-named American Innovation and Choice Online Protection Act. The Act would use the force of government to limit the alleged market power of what politicians and pundits refer to as “Big Tech.” Such an Act would actually shrink the chances of the small to compete with the large, and would for obvious reasons.

Let markets work, including doing nothing as the best and brightest of technology meet the needs of customers however they see fit. If they succeed, consumers are rewarded with products and services that consistently remove unease from their lives. Yes, businesses grow and attain “market power” by virtue of meeting, but most often exceeding our needs. For users of Amazon, it’s increasingly true that buyers of the plenty offered on its site receive it that day. That the services offered by Amazon continue to advance is a signal that as opposed to abusing its well-earned market power, Amazon is operating as though it could lose it. Which is why Amazon must not be hamstrung by politicians.

Indeed, the more that it thrives, the more that investment will find its way to the retail space. It will for obvious reasons. Investors go where the money is. It’s kind of basic, and yes, trite. Precisely because Amazon’s market capitalization is over $1 trillion, investment meant to capture a lucrative sector of the U.S. economy will be rather sizable. This wouldn’t be true if Amazon were worth but $10 billion, or $100 billion. Unknown is if politicians understand this basic truth. To neuter Amazon is to quite literally scare off the very investors capable of funding the retail behemoth’s eventual replacement.

Of course, some will say that the very notion of Amazon being replaced is ludicrous. As the most powerful corporation in the internet space by far, there’s just no way Amazon will be relieved of its prominence. Such a stance speaks to a limited worldview.

It implies that the internet is the frontier of retail. To those constrained by the known, the latter is true. Thankfully entrepreneurs aren’t so constrained.

Most notably, we should be thankful that Amazon founder Jeff Bezos was never held back by the known. Had he been, he would have tried to create another Walmart. Had he, it’s possible we’ve never heard of him.

Instead, Bezos tried an all new way of meeting the needs of customers. And was ridiculed for it. Amazon was “Amazon.org.” More important, it was believed that the internet would never replace the traditional retail experience. The volatility of Amazon’s stock over the decades was evidence of this broad belief. That Bezos had the last laugh is a waste of words. And yes, probably trite.

The reality is that a lot of giants that could have put Bezos and Amazon out of business long, long ago did not. They couldn’t see beyond traditional notions of retail.

Looked at in the present, the young and entrepreneurial of today have only known the internet. This is crucial. Their understanding of it and their interaction with it speaks to a deeper understanding of its flaws. That’s a long or short way of saying that the true competition for Amazon either doesn’t exist yet, or it’s so different from the traditional notion of internet retail that no one’s even thought of it yet.

If the frontier of retail were the internet, Amazon could likely count on long-term dominance. So could Facebook in social media, Google in search, and Apple in smartphones. But the reality is that tomorrow’s entrepreneurs will have “brilliant” added to their descriptions precisely because they’ll rewrite how retail, social media, search, and “phones” are understood altogether. The certain bet here is that these future geniuses will do so by virtue of taking us in directions we never imagined going, and will do so amid great skepticism. Put another way, what’s small today will be big tomorrow by wholly expanding our conception of the known.

Which brings us to Republicans with names like Hawley, Cruz, Lee and others intent on neutering today’s giants a little or a lot. They’ve joined hands with Sens. Klobuchar, Schumer and others. They’ll attack what’s big with allegedly noble notions of protecting the small as the basis for their actions, but there’s simply no way for the small to attract investment to beat the Big if the Big are being suffocated.

It all speaks to the contradictory nature of it all. If Republicans really are the Party of small business and “Main Street,” they quite simply can’t be if they’re the Party bent on attacking the big businesses that small ones cluster around in order to grow, and they certainly can’t be if the small are to eventually become big. It’s the success of the big that acts as the magnet for investment in the small.

If Republicans are bent on attacking big business, they’ll be putting a bull’s eye on the health of the small. In short, Republican support of Sen. Klobuchar’s bill is indefensible, and it raises a basic question of what Republicans will be if they’re not going to be the Party of business and achievement.

Liberty and the Power of the Purse

Liberty and the Power of the Purse

Comments on the 2023 Notice of Benefit and Payment Parameters

Do They Not Know?