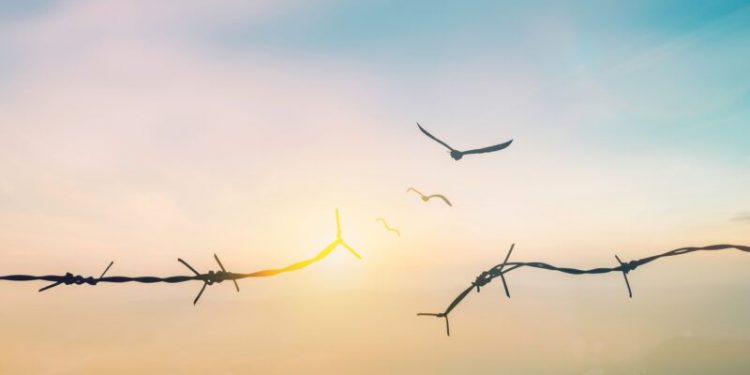 Many Republicans ignore Juneteenth. This is a mistake.

Juneteenth is a uniquely American day of remembrance. It should be celebrated by all Americans, of all colors, ages, and walks of life, who love freedom and hate slavery.

Republicans, in particular, should embrace and promote Juneteenth, which memorializes a great Republican victory. Without the Republican Party, after all, there would be no Juneteenth.

Juneteenth is the celebratory name, combining “June” and “nineteenth,” commemorating June 19, 1865, when the Union Army arrived in Galveston, Texas, and US General Gordon Granger announced to the men, women, and children still in bondage that they were slaves no more.

Some background: On September 22, 1862, during the Civil War, following the Union victory at Antietam, President Abraham Lincoln issued a preliminary Emancipation Proclamation, announcing that enslaved people within rebellious states would be free 100 days later.

His message to Confederate states was clear: Stop the rebellion or your slaves become free.

One hundred days later, on January 1, 1863, Lincoln issued the final Emancipation Proclamation, as a “necessary war measure for suppressing [the] rebellion,” which declared “all persons held as slaves” within rebel states “are, and henceforward shall be free.”

Not until mid-June 1865 did some 2,000 Union troops finally arrive in Galveston Bay, Texas, where the Union Army announced publicly that the more than 250,000 enslaved people in the state were free by Lincoln’s Proclamation (even though Lincoln had already been assassinated). This was “Juneteenth.”

In 1979, Texas became the first state to recognize Juneteenth as a state holiday. Many states followed, either adopting Juneteenth as a holiday or memorializing it with a day of observation. In 2021, Juneteenth became a federal holiday.

The American Founding, usually dated from 1776 to 1787/88, was incomplete. A nation that began by declaring “all men are created equal” could not be complete and coherent until the laws aligned with the self-evident moral truths of the Declaration of Independence. That alignment required abolishing slavery.

In just over four score and seven years, at unimaginable costs in blood, sweat, and tears, Americans did just that. In a decisive respect, the American Founding stretched from 1776 and the Declaration all the way to 1865. Juneteenth is one of three pivotal events in 1865 that represent the completion of the American Founding.

At the time of the Civil War, most American slaves were descendants, direct or indirect, of Africans who had been kidnapped and enslaved by fellow Africans, and then sold into the Atlantic Slave Trade. In 1865, those descendants living in the United States were free at last. The American Founding, in principle, was complete. That great achievement was made possible by the Republican Party.

The Republican Party is born and slavery dies

Seven years before the Civil War began, in 1854, Senator Stephen A. Douglas and fellow Democrats pushed through Congress the Kansas-Nebraska Act, which allowed slavery to spread throughout federal territories. Many Americans recoiled in horror at the prospect of more slavery in more places, prompting some to form a new political party. At first, they called themselves the Anti-Nebraska Party. Later, they changed their name to Republican.

In its inception, the Republican Party had one dominating purpose: To stop the spread of slavery. Or, in the words of Lincoln, to place slavery “in the course of ultimate extinction.” Republicans like Lincoln emphasized and promoted the ideas enshrined in the Declaration of Independence at the very moment influential Democrats, enamored with the settled science of their day—scientific racism—were mocking and rejecting those ideas.

In 1860, Lincoln became the first Republican elected President of the United States by dividing Democrats into internecine factions and defeating Stephen A. Douglas. Millions of Democrats refused to accept that electoral result. Instead, they launched a war against the United States.

Juneteenth is your day to shine, Republicans. Don’t ignore it. Wrap yourselves in it. It’s your story to tell, and it is a beautiful story.

What should we learn from the economic policy response to COVID-19?

The Cyclical View Ahead – The End of Ukraine Ahead