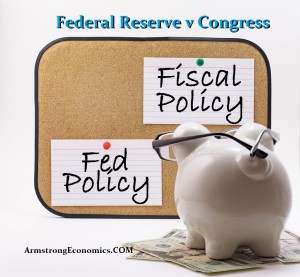 The US just sent another billion to Ukraine and plans to continue funding another endless war that does not support any domestic policy objectives. Jerome Powell has no control over the promises politicians make on the campaign trail to distribute free money to the public in exchange for votes. At any moment, lawmakers can implement policies that completely throw the entire economy off track. They had no say in the lockdowns or restrictions that crippled the economy in 2020.

The Federal Reserve miscalculated the situation by artificially lowering rates for a long time. They failed to look at other clear examples, such as Japan, and realize what has and has not worked historically. Powell admitted long ago that he misjudged the severity of inflation and was wrong to call it “transitory.” Unfortunately, when people in power make mistakes, the repercussions cause global shockwaves. Although separate entities, the White House needs to help the Federal Reserve tame inflation by re-evaluating its policies that are directly causing prices to rise.

Bitcoin and the Cost Fallacy