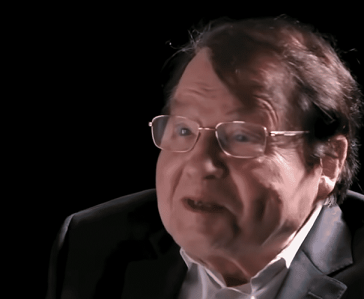 Bill Gates is not a doctor. He is not even a specialist in disease or history. He has been influenced by his father, and the two of them have been influenced by Thomas Malthus who advocated promoting the plague to reduce the population because it would one day run out of food. I have studied history, but I remember asking a simple question in high school health class – why can’t we create a vaccine for the common cold like Polio? The answer was also simple. We cannot create a vaccine for a disease that also resides in animals. Hence, we see bird flu, swine flu, and the latest monkeypox. Covid-19 has already infected about 40% of the deer population.

Luc Montagnier who is a renowned scientist in this field has come out and warned that the vaccines are creating a major danger to society. It is the very vaccination that is creating the “breakthrough” infections because the virus they created in a lab is a lifeform in itself. It will mutate to defeat the vaccines. The risk of COVID mutating like a superbug that becomes far worse and more lethal in the years ahead is greatly increased thanks to people like Gates and Schwab. It was Gates who wanted to vaccinate the entire world in six months. Did he understand the real science that such an act might create the next Black Plague and kill 50% of the world population?

Montagnier explains that the vaccines may kill off some mutations, but the ones that survive become strong, and the virus will mutate to survive. He has warned that the vaccines are actually feeding the disease and promoting it. The new resistance to the vaccines means that the “new variants are created by the selection of antibodies produced by vaccination.”

Our model on the disease cycle had forecast a new wave would emerge at this time, but it did not predict which virus would emerge. I cannot be sure if what Bill Gates has unleashed upon the world will end up fulfilling that cyclical forecast. The mutations of this creation may evolve in ways even Gates had no idea.

Putin Explains the Importance of the Minsk Agreement to Zelensky (2019)