Allies: How America failed its partners in Afghanistan 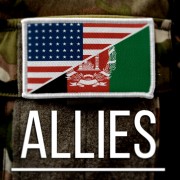 After 20 years of war, the U.S. withdrawal from Afghanistan ended in chaos at an airfield in Kabul. Nearly 76,000 Afghans who worked with American soldiers as translators, interpreters and partners made it onto U.S. military planes—but even more were left behind. Now, they live in hiding from the Taliban. How did this happen?

“Allies”, a new podcast series from Lawfare and Goat Rodeo, details the decades-long struggle to protect the Afghan interpreters and translators who served alongside the United States through an obscure government policy known as the Special Immigrant Visa (SIV) program. Despite the efforts of veterans, lawmakers, and senior leaders in the military, unending violence and bureaucratic red tape resulted in a failure to fulfill a promise to those individuals and their families. The “Allies” podcast gives an intimate look at the human cost of this policy failure.

On June 13, the Brookings Institution and Lawfare will co-host a webinar on the SIV program and ongoing resettlement issues for Afghan evacuees. The event will feature a discussion with voices from the front lines of the war in Afghanistan, those working on behalf of our Afghan allies, and those working to protect other U.S. partners abroad. A Q&A session will follow.

Before the event, listen to the first episodes of “Allies” by subscribing on Apple Podcasts, Spotify, Amazon, Acast, or Pocketcasts.

Viewers can submit questions for the panelists by emailing events@brookings.edu or via Twitter at @lawfareblog and using #AlliesPodcast.

Durham is only Scratching the Surface of Hillary