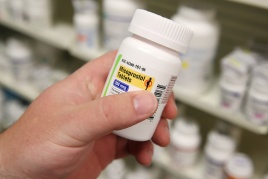 As we consider the potential implications of the Supreme Court overturning Roe v. Wade, one open question is how states will enforce the abortion bans that are expected in at least twenty-six states. History suggests that the prospective anti-abortion laws are likely to echo the “War on Drugs;” they will not eliminate the behavior that is outlawed, but will, through biased, targeted enforcement, disproportionately harm poor people and people of color.

That abortion bans would resemble the War on Drugs is not merely metaphorical; more than half of abortions today are carried out using a two-pill treatment that terminates pregnancies up to ten weeks. Early in the Biden Administration, regulations requiring abortion pills to be taken in a clinic or doctor’s office were lifted. A number of states allow the pills to be delivered by mail after a consultation with a healthcare professional, which in many cases can be done through tele-health. Abortion opponents are already moving to make the medication inaccessible in anti-abortion states.

As the decades-long War on Drugs makes obvious, law enforcement does not render drugs unavailable. Rather, the drug war made it easy for the criminal justice system to target certain communities—particularly the poor and people of color. And disparities in the way in which drug policies are enforced infect every stage of the system—the decision to arrest, the decision whether to charge and which charges to bring, the trial process, and sentencing. Wealthy and white individuals rarely face serious drug charges—if any drug charges—for the same behaviors that would be charged to a poor individual, a person of color, or someone who falls into both categories.

There is every reason to expect similar systematic bias in the enforcement of abortion bans. We know this because although rare, states have actually prosecuted women for experiencing a miscarriage or stillbirth. Those cases reveal a clear pattern of racial and class bias. One study found that 59% of defendants were women of color, and 71% could not afford a lawyer. Though some of the most egregious instances of criminalizing pregnancy have sparked national outrage, the practice is widespread and becoming more common. Prosecutions have occurred in at least 44 states; of 1,600 recorded cases, three fourths occurred in the last 15 years.

Abortion bans will almost certainly intensify prosecutions for miscarriage, with particularly negative effects for women of color, given the underlying racial disparities in maternal and infant health. Moreover, in anticipation of Roe’s reversal, some states have put in place criminal penalties for people who have abortions, though pro-life activists have persistently claimed that abortion bans only target doctors and others who assist people in accessing abortion. Just last week, Marjorie Dannenfelser, the President of the Susan B. Anthony List (one of America’s largest anti-abortion interest groups) stated that “the woman will never be part of the punishment…women will not be in any way penalized.” But in South Carolina, for example, a person who has an abortion faces two years in prison. Legislation is moving forward in Louisiana to classify abortions as homicide.

Given the vicious history of racial bias in the criminal justice system, it is reasonable to anticipate that prosecutions under laws such as these would also be influenced by race and class bias. Like in the War on Drugs, the smaller a person’s bank account and the darker that person’s skin, the more likely they will face criminal charges. And, like the long sentences assigned to drug crimes, these laws would break up families. People who have abortions are usually already mothers; fifty nine percent of abortion patients have previously had a child.

In addition to the likelihood of racist enforcement practices, abortion bans may resemble the War on Drugs in another way—by making the targeted behavior far more dangerous, but not far less common. Cannabis legalization provides an excellent parallel. When cannabis is grown in a well-regulated market, its products are tested for a variety of adulterants that ensure that the product the individual consumes is safe. That same testing does not happen in the illicit market, and the risks of contamination with a variety of products and biproducts increases. The same is true with safe injection sites. Individuals’ drugs are tested for adulterants—most notably the presence of fentanyl—and clean needles are provided to reduce (not eliminate) health risks.

Restricting abortion does not prevent abortion from occurring. Though abortion has been increasingly restricted for decades, it remains a common practice; currently nearly one in four women in the United States will have an abortion by the time they are 45 years old. Abortion restrictions do have one big impact though; they make abortion much less safe. Most Americans—all of those under about 60 years old today—were not of childbearing age in pre-Roe America, when over 100,000 illegal abortions occurred each year. Criminalizing access to safe, early treatments like the abortion pill will drive more women to seek out risky, unsanctioned procedures later in pregnancy—the kind of procedures that, before Roe, could sometimes be deadly.

With the Supreme Court’s final ruling uncertain, there are many questions remaining. It is not clear, for example, whether any access to abortion will be constitutionally protected for children who have been raped, or how state abortion bans might affect in vitro fertilization, or the implications of the ruling for other decisions made on privacy grounds, such as birth control and same-sex marriage. What is clear, however, is that abortion bans are very likely to add another chapter to this country’s long record of injustice by abusing poor people and people of color under the guise of criminal justice.

The Largest Humanitarian Crisis That No One Discusses

The invasion of Ukraine unites a divided America