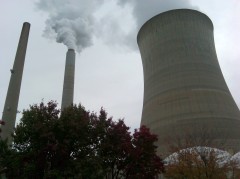 Americans continue to favor reducing greenhouse gas emissions as their preferred approach for staving off the worst impacts of climate change, according to new public opinion findings. The public remains considerably more skeptical of any pivot from mitigation toward climate policy that prioritizes adaptation, use of geoengineering that releases particles into the atmosphere in attempting to deter warming, or subterranean carbon storage. These findings emerge from the Winter 2022 National Surveys on Energy and Environment (NSEE).

This survey took place following the release of a series of reports that American and global greenhouse gas emissions climbed significantly in 2021 after a short-lived pandemic decline. The 117th Congress has struggled to deliver on bold vows of far-reaching climate legislation and November’s global climate summit in Glasgow largely failed to advance international efforts. At the same time, increasing evidence mounted of intensifying climate impacts in America and beyond.

Are Americans ready to punt on mitigation and embrace alternatives? Given a choice of three distinct options for addressing climate change, pursuit of greenhouse gas reductions was favored (42%) over adapting to a warmer world (13%) or promoting geoengineering and related efforts (20%). Ten percent of respondents noted that all three were equally important.

The new NSEE survey examined American public opinion on these trade-offs as belief that global temperatures are warming overall reached an all-time high (76%). Decisive majorities of respondents view climate change as a serious problem (69%-to-30%), believe that it will harm people living in the United States (63%-to-33%), and characterize climate change as a “public health emergency” (55%-to-42%). Majorities of Americans contend that they have “personally felt the effects” of climate change (57%-to-41%), although slightly less than half think climate change will harm them a great or moderate amount (47%-to-52%).

Americans also decisively agree (69%-to-27%) with the statement: “If we don’t act now, climate change is going to cost a lot more later.” It is not clear that any broad public consensus exists on how best to act to mitigate climate impacts. But despite prolonged political combat over policies to reduce greenhouse gas emissions, Americans harbor serious reservations over alternatives focused on adaptation or deployment of new technologies to either atmospherically block warming or store released emissions below ground.

Adaptation has received growing attention in recent years, shifting focus toward how societies might adjust to climate change rather than minimize it. But there is no groundswell of support for adaptation as a substitute for mitigation. Clear majorities oppose shifting emphasis from mitigation to “adapting to a warmer climate” (61%-to-34%) and disagree that humans will be able to adapt to a hotter climate “without making significant changes to their lifestyles” (60%-to-34%).

A majority of Americans agreed that “technological advancements” may be the best way to contend with American reluctance to alter their lifestyles to address climate change. But such technological options as geoengineering or carbon storage lack demonstrable support. Considerable doubt endures about either strategy, with little opinion shifting from identical questions posed in 2011.

A narrow majority of Americans (51%-to-40%) disagrees with the assertion that scientists can find ways to alter the climate to reduce risks. A decisive majority (62%-to-14%) disagrees with the claim that adding materials to the atmosphere to avert warming temperatures can be more beneficial than harmful to the environment.

Carbon storage has received considerable media and policy attention in recent years, including ongoing Congressional debate over expanded tax subsidies.[i] A plurality (40%-to-32%) disagrees with the argument that it should become a major American climate policy focus while a large subset remains unsure (28%).

Advocates of geoengineering and carbon storage, as well as other high-profile alternatives such as direct air capture, can rightly note that these technological approaches remain in relatively early stages of development. They simply may not be very familiar to Americans, reflecting uncertainty when survey questions are posed.[ii] But existing public opinion evidence suggests that these approaches, much like adaptation, have not been embraced as alternatives to mitigation.

Any public preference for mitigation as a primary climate policy focus does not necessarily mean that public opinion has coalesced around specific mitigation policy options. The last three decades of American experience underscores the ongoing political challenge of climate policy adoption, reflected in the failure of the current Congress to reach agreement on major legislation despite bold promises. These issues will be examined in subsequent NSEE iterations.