Vaccination in nursing homes not all about politics: An update 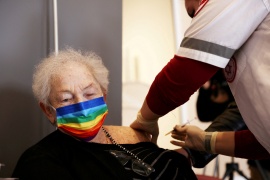 Figure 1 shows the relationship between Trump’s two-party vote share and the share of the population that has completed the primary COVID-19 vaccine series. As has been widely discussed, vaccination rates are lower in states where Trump won a larger share of votes. But, as we noted in our earlier post, this relationship is weaker for older adults, who face a much higher risk of severe outcomes from COVID-19 infection. Vaccination rates have increased for all groups since our August post, but the strength of the relationship between Trump vote share and vaccination rate has hardly changed for teens, non-elderly adults, and the elderly. The vaccine is now approved for children five to eleven, and according to CDC data, about 17% of children in that age group had received a first dose by December 5. Predictably, take-up was lower in states with high Trump vote shares.

Nursing homes in some states are consistently more able to deliver life-saving vaccines to residents, whether it is annual flu vaccines, the primary COVID-19 series, or COVID-19 boosters. Little is known about what explains these state-level differences–which could be related to differences in state-level policy; nursing home funding, staffing, or practices; or the characteristics of residents. The fact that vaccination in nursing homes has not become as tied to political identity as in the general population is promising, but addressing the longstanding underlying barriers to effectively delivering vaccines is also a challenge. To improve vaccination rates in nursing homes over the long term, more should be done to understand why some states lag and to develop interventions or policies that work to reduce vaccine hesitancy in nursing home residents and staff.

Unfortunately, there is little time to get more nursing home residents and staff boosted before Omicron arrives. Most nursing homes report having sufficient supplies for testing, and there are so far no indications that personal protective equipment (PPE), such as N95 masks, are in short supply. Hopefully, nursing homes can use these tools to limit the spread of Omicron until more residents are fully boosted. Considering the evidence that boosters can reverse waning immunity and that death rates are elevated in facilities with low staff vaccination rates, boosting nursing home residents and staff, especially in areas that have not yet been impacted by Omicron, should be a high priority.