The vital role of Twitter in responding to Covid 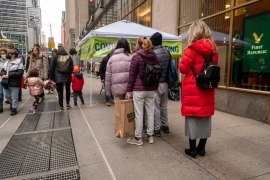 Twitter, and social media in general, often get a bad rap. Social media is criticized, and rightly so, for harboring hate speech, misinformation, political extremism, and conspiracy theories. And if that were all social media provided, we would be better off without it. But the pandemic is illustrating how Twitter can play a vital role in disseminating time-critical information about the latest case rates and research results—and can do so faster than traditional news media.

Interested in an indication of the percentage of people in San Francisco who have asymptomatic Covid infections? The best source for that information is the Twitter account of Dr. Bob Wachter, chair of the University of California San Francisco Department of Medicine. Dr. Wachter has been tweeting updates to his 230,000+ followers on the positivity rate among asymptomatic patients arriving at UCSF hospitals for non-Covid-related inpatient and outpatient procedures. As Dr. Wachter explained, “I use this number to estimate the chance that somebody sitting at a nearby table in a San Francisco restaurant has asymptomatic Covid.”

Dr. Eric Topol, Director of the Scripps Research Translational Institute, has been regularly tweeting information on the latest Covid data trends and research results to his 580,000+ followers. On December 29, Dr. Topol posted a table summarizing recent research findings suggesting that the Omicron Covid variant is less likely to infect the lungs than prior variants—a topic that two days later was covered in a “breaking” news story on the home page of the New York Times.

When a team of medical researchers in South Africa obtained results in late December from a small study suggesting that people who recovered from Omicron infections gained increased immunity to the Delta variant, they posted it online and tweeted a link to the paper. Their results were quickly picked up by major news organizations. As one of the authors pointed out, also on Twitter, the paper was written and finalized the “same day as we got the final results.” Twitter is also home to commentary on Covid policies from experts such as Dr. Angela Rasmussen, a virologist with the University of Saskatchewan, and data visualizations from data scientist John Burn-Murdoch of the Financial Times.

The upshot is that in the age of Covid, Twitter has become a key platform for some of the world’s top experts to contribute to real-time knowledge-sharing and provide input on policymaking. State, county, and city governments have also adopted Twitter as a means of announcing the latest information about case numbers and hospitalizations. The result: Much of the data about the state of the pandemic is published first on social media—and only thereafter through traditional media such as radio, television, and news websites.

Twitter’s role in disseminating the latest medical research highlights the intersection between the instantaneous broadcasting enabled by social media and the normally plodding world of academic publishing. In the pre-internet era, research papers would be accessible to readers only after a period of peer review often lasting months, or sometimes years. More recently (but well before Covid), it became common for researchers to post pre-prints of research papers at sites such as medRxiv before they have been formally accepted for publication in an academic journal. This enables the research community to access the results much earlier, with the caveat that they haven’t yet been subject to peer review.

For Covid-relevant research, this process has evolved further: As soon as a new research paper is posted online in pre-print form, it can be announced by its authors on Twitter, and expert debate and commentary quickly follow. That back and forth, when properly interpreted and contextualized, can act as a sort of informal peer review, as the people weighing in are often as credentialed and knowledgeable as the people who will later be asked to perform the formal peer review. And unlike with traditional peer review, the dialogue occurs extremely quickly and in full public view, giving the medical community, the news media, and the general public nearly instantaneous access both to new results and to the associated expert critique and commentary.

Of course, social media is also a place where anyone with an internet connection can have a voice, whether they are a world-renowned medical authority or a random conspiracy theorist. In short, there is a lot of noise. But if you look in the right places, the Twitter dialog regarding Covid can show social media and the internet at their best—with some of the top experts in the world telling us directly—without filtering, delays, and potential misinterpretation introduced by intermediaries—how the pandemic is evolving and what the latest medical and policy options are to combat it.

Amid the regular drumbeat of commentary in academic and policymaking circles focused on the ills of social media, Twitter in the time of Covid can help us gain important perspective: While we have long known that the optimistic predictions from the early days of the internet and social media regarding the benefits of a democratized information ecosystem weren’t always correct, we can now more fully appreciate that they weren’t always wrong.

Putin’s internet plan: Dependency with a veneer of sovereignty