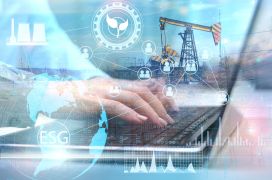 Sustainability disclosure is in vogue, with more than 80 percent of major global companies reporting on some aspects of their social and environmental impacts. This is partly driven by growing calls for transparency by civil society organizations and environmental, social, and governance (ESG) investors, who are demanding detailed and verified corporate sustainability information. ESG investments—assets that fulfill certain minimum social and environmental criteria—grew by more than 40 percent in 2020 in the U.S., and currently make up one-third of all assets under management. However, the process of classifying financial assets as ESG is unregulated in the U.S. Moreover, the data required to assess if ESG assets have achieved a positive social and environmental impact is often missing, incomplete, unreliable, or unstandardized.

The U.S. and the EU are pursuing different trajectories in regulating ESG investing and sustainability disclosures. The U.S. is following a laissez-faire approach with sustainable investing and disclosure being guided by voluntary, private-sector-led processes, protocols, and guidelines. Compliance is driven by peer pressure and the competitive drive to build an image as a sustainable, accountable business. In the absence of regulatory intervention, institutional investors that manage index funds—in particular BlackRock, Vanguard, and Mainstreet—have stepped in to take state-like roles by putting pressure on corporations to address systematic risks like climate change.

These voluntary mechanisms, however, have been criticized for being inadequate. Corporations are routinely accused of “greenwashing” their sustainability reports by overstating their positive environmental and social impact and downplaying negative ones. In the absence of detailed, verified information, asset managers can fall prey to greenwashing and classify securities of unsustainable companies as ESG assets. This leaves ESG investors with little assurance, legal or otherwise, that their money has been put to the intended use.

The EU priming for a green future

The EU, on the other hand, is following a systematic and centralized approach toward climate transition and sustainability disclosure. Its regulatory regime is underpinned by the European Climate Law that legally endorses the EU’s commitment to meet the Paris agreement. To achieve climate neutrality by 2050, the continental body has introduced a slew of regulatory measures that will accelerate capital allocation toward green investments.

One of these is the Corporate Sustainability Reporting Directive (CSRD) that was introduced in April 2021. It upgrades the 2014 nonfinancial reporting directive and seeks to improve the coverage and reliability of sustainability reporting. When the law comes into effect in 2023, the CSRD is expected to increase the number of European and Europe-based companies that disclose sustainability information by fourfold, to 49,000 in total.

The CSRD proposal applies the “double materiality” principle, requiring companies to disclose information that is material for the enterprise as well as for its societal stakeholders and/or the environment. For example, it requires companies to disclose the extent to which their activities are compatible with the goal of limiting global warming to 1.5 degrees Celsius. Importantly, the directive requires companies to seek “limited” assurance by third-party auditors.

The directive is also unique for requiring companies to report their sustainability performance using EU-wide disclosure standards. The European Financial Reporting Advisory Group (EFRAG), a private association with strong links with the European Commission, has been tasked with the difficult job of developing these disclosure standards. EFRAG intends to build on existing, third-party sustainability reporting standards and has initiated a collaboration with the Global Reporting Initiative (GRI), currently the most widely used reporting standard globally.

Alongside a similar sustainability disclosure law that regulates processes of ESG investing in financial institutions, the CSRD is expected to significantly improve transparency in European capital markets. These measures are also likely to increase the adoption of sustainability goals and targets among European corporations, further widening the existing disclosure gap between EU-based and U.S.-based corporations.

A change of heart at the SEC

Until recently, American regulators have been reluctant to mandate sustainability disclosure. At a recent Brookings webinar, Securities Exchanges Commission (SEC) Commissioner Hester Peirce offered the rationale why ESG rule-making is beyond the mandate of the SEC, reflecting the longstanding view among Republican commissioners at the SEC. Her long list of justifications includes some plausible ones, such as the broad and elastic nature of the ESG concept that would make it ill-suited as a domain of disclosure rule-making. Others were highly slanted, such as the contention that ESG disclosure could drive financial instability by leading to excessive allocation of capital to supposedly green technologies. This is ironic because the lack of ESG disclosure mandate is not slowing down the rapid growth of ESG investments; it is only making the process opaque and ineffective, making stock market volatilities more rather than less likely. In fact, the EU’s key justification for sustainability disclosure is preventing systemic risks that threaten financial stability.

The SEC, which now has a 3-2 Democratic majority and a Biden-appointed chairman, has of late shown keenness to play a more active regulatory role. In May 2020, its Investor Advisory Committee provided recommendations that urged the commission to set up mandatory reporting requirements on ESG issues. In December 2020, an ESG subcommittee issued a preliminary recommendation that called for the adoption of mandatory standards for disclosing material ESG risks. The recommendation, however, called for limited disclosure covering a narrow range of metrics tailored by industry, in a manner similar to the standards of the Sustainability Accounting Standards Board, while warning against the “highly prescriptive” standards that were purportedly adopted by the EU. In March 2021, the commission solicited public input on climate change disclosures, which revealed strong demand for mandatory sustainability disclosure.

The SEC is thus set to adopt mandatory ESG disclosure rules, perhaps as early as October 2021. These rules, however, are likely to depart from the EU’s approach in a number of ways. First, an SEC regulation will target only publicly listed companies; the EU’s CSRD, on the other hand, covers large unlisted firms as well. Second, the SEC will mandate disclosure of a narrow range of outcomes related to climate risk and human capital, while the EU will mandate disclosure of a broader set of sustainability outcomes, including indirect outcomes through the value chain and relevant corporate strategies and processes. Third, given capacity constraints, the SEC will likely adopt less comprehensive, third-party disclosure standards as opposed to developing its own comprehensive standards as the EU intends to do. Facing pressure from Republican lawmakers and interest groups, the SEC’s measures are also likely to be timid, focusing only on protecting (ESG) investors through the narrow lens of financial materiality.

By comparison, the relatively wide coverage of the EU’s new disclosure law (CSRD) will lead to significant improvements in data availability. The use of uniform disclosure standards will also ensure that companies provide more detailed and comprehensive sustainability information. It is, however, less obvious how the directive will improve data quality and reliability. The requirement for limited assurance will reduce the most overt forms of greenwashing but is unlikely to eliminate disclosure of data with dubious quality. For example, such an assurance is unlikely to guarantee that a company used the most recent or robust method for assessing its carbon footprint.

The EU’s law is also unlikely to address the lack of standardization, which is to a degree inherent to ESG metrics. Sustainability disclosure will contain significant company-specific, qualitative data, including retrospective and forward-looking statements that are hard to quantify. The EU’s reporting standards will give managers significant discretion on what to disclose and how, and they impose different requirements for companies that differ by sector and size. More nuanced and detailed sustainability disclosure is more valuable to individual (ESG) investors though, at a macro level, this increases the cost of standardizing, comparing, and verifying the reported data. The search for the “holy grail” of the ideal ESG index will thus continue, hampered by the difficulty to converge on what categories of ESG are universally relevant, how to define their scope, which sets of metrics to use, and how to weigh and aggregate them.

A missed opportunity for coordination?

In both the EU and U.S., the move toward greater corporate transparency will help improve the existing power imbalance between shareholders and stakeholders. The lack of verified disclosure today discourages corporations from reporting unsavory business practices that have devastating societal and environmental impact. Greater transparency, stronger regulatory oversight, and more robust third-party ESG assessment can lead to better public understanding of the positive and negative externalities that corporations create, allowing the market to reward “good” ones and penalize “bad” ones. At the same time, given significant informational asymmetries and inevitable loopholes in principles-based disclosure standards, the tendency of corporations to understate their negative externalities is likely to persist, making greenwashing largely inescapable in the foreseeable future.

These challenges are further exacerbated by the lack of coordination to develop globally acceptable disclosure standards. Conflicting regulatory regimes between the U.S. and EU will harm trade and investment flows across the Atlantic and potentially globally. Frictions are already emerging in the context of the EU’s forthcoming carbon border adjustment mechanism, which will impose tariffs on imports from countries without carbon taxes. In the end, coordination at a global scale is needed to regulate corporate sustainability in a manner that does not sand the wheels of the global trading system.

How Threat-Free Are Americans from COVID-19? Late March 2022 Update

Comments on the 2023 Notice of Benefit and Payment Parameters