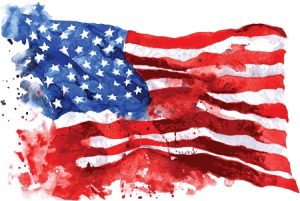 The US military is having trouble recruiting new members, according to the Pentagon. A much lower percentage of Americans are eligible to serve, and within that population, an even smaller amount is willing to enlist. Ret. Lt. Gen. Thomas Spoehr of the Heritage Foundation said, “This is the start of a long drought for military recruiting.” A recent poll by NBC News showed that only 9% of those eligible want to join the military, a major decrease from 29% in recent years.

According to the Army’s website, the minimum requirements to join:

The opiate epidemic has plagued young men and women in America and has become a leading cause of death. Obesity is on the rise, and the price of fresh produce and healthier meals are often unattainable to low-income families. Crime is also on the rise among misguided youth, further diminishing the availability of service members.

People would enlist in the military to honor their country and provide a stable framework for their lives as the military assists with housing, education, and other benefits. A separate study found that only 45% of Americans trust the military, marking a 25-point decline since 2018. Furthermore, 57% of respondents from the NBC News poll believe that they will suffer psychological damage from serving.

The last generation had the hot topic issue of 9/11, terrorism, and protecting their country’s freedom. This generation has been raised in classrooms where they sit for the pledge of allegiance and are taught that their country is inherently bad. They watched the Commander in Chief abandon their mission in Afghanistan and continually disrespect members of the military. Not to mention the military fired servicemembers who declined to take the experimental vaccine. Patriotism is declining rapidly.

The military is desperate for recruits as every branch is struggling to attract new members. The Department of Defense (DoD) is actually hoping the new “Top Gun” movie will encourage people to join the Navy, and they plan to advertise on the Gen Z popular platform TikTok. The DoD may even remove the high school graduation requirement.

The military is currently an all-volunteer service in the US, but that may change. “2022 is the year we question the sustainability of the all-volunteer force,” Ret. Lt. Gen. Thomas Spoehr admitted. Since top government agents are unable to define women, expect everyone to be targeted. Other nations such as Israel implement mandatory military requirements for all eligible young adults. Will America be next?

The post A Future Draft is Possible in the US first appeared on Armstrong Economics.

The future of podcasting in Africa