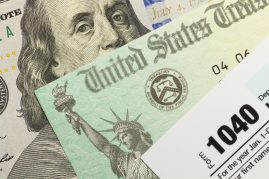 As the United States rebuilds its economy following the pandemic, policymakers are considering various tax reforms that would raise revenues, reduce inequality, and minimize avoidance and evasion. In this blog, we highlight a selection of policy proposals from The Hamilton Project’s 2020 book titled Tackling the Tax Code: Efficient and Equitable Ways to Raise Revenue. These proposed reforms tackle several broad areas of our tax code, including transfers and gifts, individual income, multinational business income, and tax enforcement.

In the last few decades, economic inequality—whether measured by income or wealth—has grown in the United States. In addition, among high-income countries, the U.S. has comparatively lower levels of intergenerational economic mobility, and some aspects of the country’s tax code play a key role in perpetuating this trend. For example, inherited income is a substantial determinant of a child’s economic future, yet such income is taxed at less than one-seventh the average tax rate on income from work and savings. To address these disparities, Lily Batchelder (New York University) proposes several reforms to the current taxation of estates and gifts.

Specifically, Batchelder proposes repealing the current estate and gift taxes and instead taxing as regular income the inheritances an heir receives that exceed a lifetime exemption level; the proposal shows estimates for exemption levels ranging from $500,000 to $2.5 million per heir. In addition, if the gift or bequest includes any assets that reflect capital gains, Batchelder proposes taxes on all accrued gains above an exemption level. In contrast, under current law, both the donor and the heir can avoid paying tax on the capital gains obtained as of the date of transfer. The asset is essentially treated as new (a tax rule called stepped up basis) and the transfer is subject solely to the estate tax, which has diminished markedly in scope in recent decades, and only applies to the portion of a decedent’s overall estate (if any) that exceeds very high threshold amounts.

By only taxing individuals who receive inheritances that exceed very high exemption levels, the proposal would both raise revenue and result in a more equitable allocation of taxes. Moreover, by curtailing unproductive tax planning and reducing distortions to labor markets and capital allocation, the proposal also promotes efficiency and economic growth. In 2019, the Urban-Brookings Tax Policy Center estimated that the proposal would raise $1.4 trillion over the next decade if the lifetime exemption were set at $500,000 and $340 billion if the exemption were $2.5 million.

Taxing Multinational Companies in the 21st Century by Kimberly Clausing

Current tax law raises too little corporate tax revenue and creates incentives for multinational corporations to legally avoid paying U.S. taxes on their profits. Changes under Public Law 115-97, enacted in 2017 and commonly known as the Tax Cuts and Jobs Act (TCJA), lowered the corporate tax rate to 21 percent and essentially left intact loopholes in the tax code that allow corporations to shift their profits to other countries. The result was hundreds of billions of dollars in lost corporate tax revenue. Kimberly Clausing (now Deputy Assistant Secretary for Tax Analysis at the Treasury Department, previously at the University of California, Los Angeles) proposes several changes that would raise corporate tax revenue and limit the ability of corporations to engage in shifting profits overseas, while maintaining U.S. competitiveness. Using pre-pandemic economic projections, these reforms would raise an estimated $1.4 trillion in tax revenue from 2021 to 2030.

First, Clausing’s proposal would increase the corporate rate from 21 percent to 28 percent. That change would raise substantial revenue but keep the U.S. an attractive location for investment. As evidence of that, Clausing points out that in 2017, when the corporate tax rate was higher at 35 percent, the largest corporations across the world were disproportionately located in the United States.

Second, Clausing’s proposal would make several changes to increase taxes on profits that firms have, under current law, endeavored to shift abroad. The proposal would move to taxing foreign profits with a stronger minimum tax, by applying the global intangible low-taxed income (GILTI) minimum tax on a per-country basis at a rate of 21 percent. Under current law, GILTI is taxed on a global basis. That means multinational corporations can minimize their tax burden by mixing streams of low-taxed foreign income with streams of higher-taxed foreign income that provide offsetting tax credits, with the total foreign amount then taxed at a 50 percent discount relative to how corporate income that’s earned in the U.S. is taxed. In addition, the proposal would eliminate the provision under current law that allows the first 10 percent return on foreign assets to be tax free. The result would greatly reduce profit shifting and raise substantial revenue. As an alternative to the per-country basis, Clausing offers another option that would raise the GILTI tax rate so that it is equal to the domestic corporate tax rate.

The third proposal repeals the deduction for foreign-derived intangible income, which acted as a tax preference for profits from export sales. Under current law this deduction, in conjunction with the GILTI, incentivizes offshoring and does little to encourage multinationals to move assets to the U.S.

Federal spending needs will grow as a result of government policy and underlying economic forces such as an aging population, the growing cost of certain government-funded services such as health care, and inequality. To match these needs, authors Natasha Sarin (now Deputy Assistant Secretary for Economic Policy at the Treasury Department, previously at the University of Pennsylvania), Lawrence Summers (Harvard University), and Joe Kupferberg (Harvard University and University of Pennsylvania) propose a two-fold approach to raising revenue progressively and pragmatically: 1) deterring illegal tax evasion, and 2) reducing legal tax avoidance by broadening the tax base and closing loopholes that enable many of the wealthiest individuals to decrease their tax liabilities.

To deter illegal tax evasion, Sarin, Summers, and Kupferberg propose increasing investments in the Internal Revenue Service (IRS), to be used for greater tax compliance. Specifically, they suggest: providing more resources to increase and better target tax audit efforts, especially towards the very wealthy; investing in information technology infrastructure so the IRS can better detect erroneous returns; and encouraging more cross-party reporting to verify that all income is reported and tax liabilities are appropriately assessed. Given that tax noncompliance is more common among the wealthiest filers (since their income sources, such as capital gains income, are most opaque and thus less likely to be honestly reported and taxed, especially as compared to wages and salaries), simply enhancing the IRS’s capabilities would have a progressive effect on taxation.

To broaden the tax base and close loopholes that enable the wealthy to reduce their tax liabilities, the authors propose a number of reforms, including: eliminating certain corporate tax shelters and  deterring corporations from shifting profits overseas; closing individual tax shelters such as the payroll tax loophole that allows owners of S-corporations to lower or avoid payroll tax liability by categorizing income as “business profits” rather than “wage income”; increasing tax rates on capital gains and dividends to the same level as ordinary income; changing the tax on capital gains in bequests in line with Batchelder’s proposal described above; and capping tax deductions for the wealthy.

In total, these reforms would effectively raise taxes for the wealthiest individuals, creating a more efficient and progressive tax system. Using pre-pandemic economic projections, the authors estimated their proposal would raise more than $4 trillion from 2020 to 2029, including $1 trillion in greater revenue from improved tax compliance.

The sharp contrast between the former president and Biden

Did Incompetence Set in Motion The Ukrainian Crisis?