Net zero carbon pledges have good intentions. But they are not enough. 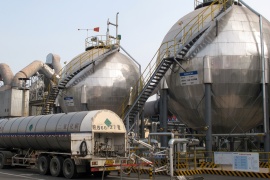 The recent Intergovernmental Panel on Climate Change (IPCC) report highlighted that we need to end carbon emissions by 2050 to keep global average temperature rise below 1.5°C. Even before the United Nations released this report, a number of countries announced “net zero” pledges. These pledges are powerful, visible, simple… and utterly insufficient. At best, we still over-emit. At worst, these discriminate against poor, low-emitting countries, and could even push greenwashing — creating the false impression that countries’ policies are more environmentally friendly than they actually are.

The problem with net zero pledges

There are several major problems with these so-termed “net zero” or “carbon neutrality” pledges that we need to fix.

First, what does “net” mean? Will carbon emissions really be zero, or are they “net” through not just futuristic offsets (which are expensive or unproven at scale) but offsets that are unfair or, even worse, based on accounting tricks?

Offsets can span a wide range of possibilities. Some are based on pulling out carbon through land-use changes (afforestation, or establishing forest on previously unforested land, and more), but others aim to use more exotic and expensive technologies including direct air capture. The act of simply planting a tree — which we should be doing anyway — takes years or decades to bear fruit (no pun intended), not to mention a lot of land. Today’s proven carbon capture technology at the point of emission has a high imputed carbon price, except where there is a specialized user of the CO2 such as for enhanced oil recovery.

Other offsets rely on avoiding future emissions. There are carbon credit instruments where a high emitter takes credit for helping someone else avoid a future emission. If only my dieting could also involve other people eating less! While these techniques reduce the growth of carbon emissions, many of them are accounting tricks because they still don’t get us toward global zero. Offset markets are favored by corporations announcing net zero plans, but for national accounting they remain contentious, and were a sticking point at the 2018 United Nations Climate Change conference at Katowice (COP24), under Article 6 of the Paris Accord. The issue isn’t just how efficient or effective they are, but also who should get the credit: the person paying for the carbon offset, or the person avoiding the emission.

Proponents of offsets postulate that all carbon is equal, but the cost of avoiding carbon isn’t equal — the rich are benefiting from the carbon space of the poor. Claims of economic efficiency are skewed when we recognize that the cost of abating carbon varies by technology or application. Some low hanging fruit is very cheap (or even net-positive), like solar panels, but the tail end of the abatement cost curve, which includes industrial emissions, is very expensive to abate. Offsets end up helping the high emitters bypass the obligation to get rid of their tail end of emissions, which are disproportionately expensive to abate. While there is some value to such partnerships, the poor should get the credit, not the rich.

Second, even if one does reach zero, what is the shape of the trajectory to get there? Most countries are conspicuously quiet on the details, but the good news is we are seeing see more pronouncements of 2030 or other interim targets. The shape of the curve would determine the cumulative emissions over time, which is what really matters.

Most importantly, how should any global zero be distributed across countries? Not everyone can be expected to reach zero at the same time, but to allow current low emitters (who tend to have fewer resources) some time to reach zero later, this means today’s high emitters should get to zero before 2050 — but they’re not even on track to reach that goal, despite pledges or intentions of the same. This is distinct from concerns by low emission countries over fairness, where zero by 2050 for a high emitter means they will still emit well more than their fair share of emissions based on almost all apportionments of the remaining global carbon budget. This is after being generous and writing off all historical emissions, even though carbon dioxide lingers in the atmosphere for centuries.

A richer framework: Area-under-the-curve (instead of just “date of zero”)

Reaching zero is important, but there is no universal consensus on when the date of net zero should be. The “sooner the better” remains a common refrain.

To address many of these issues, in a recent paper published by the Center for Social and Economic Progress, I present a framework to create a yardstick for cross-country comparison and incentivize countries to lower their cumulative emissions. This framework focuses on the area under the curve of the trajectory, and, thus, the cumulative emissions. It also tells us the country’s date of zero, but provides a richer analysis, because it not only directly indicates if a country is behind schedule and likely to bust its budget, but also tells us how much time a low emissions country has before it must hit peak emissions.

A richer framework helps us understand how different countries must act. High emission countries must decline rapidly in an absolute sense (leaving aside offsets). For low emitters, they should reduce their growth of emissions before peaking. In fact, this framework encourages them to flatten the curve.

The COVID-19 pandemic taught us to flatten the curve of infection, to avoid the exhaustion of medical capacity even if the total infections over time remain the same. In terms of carbon emissions, a pure flattening of the curve would similarly not change total cumulative emissions. However, thanks to falling costs over time, a later but lower peak would mean measurable cost savings.

The good news is that low emission developing countries should also be able to lower their total emissions because of greater decoupling of their GDP from emissions over time — as their economies develop, they will not need to emit as much carbon, and technologies are continually improving. An area-under-the-curve framework is also superior as measuring cumulative emissions removes any incentive to front-load emissions, which could happen if a country only cared about the date of reaching zero. Instead, this framework encourages countries to push for any low-hanging fruit of reduction up front. This could buy them time for pushing back a small tail of residual and hard-to-abate emissions.

We need universal but different action

Low emitters can’t think “not my fault” equals “not my problem”. Not only will they be worst hit by the effects of climate change, they must also be introspective about whether their collective carbon space should be used up by their elites.

The poorest of the poor need electricity access and quality supply, without worrying about its source. We need global support to fund the infrastructure of wiring up the homes that lack connections. Electrification is especially important given the warmer temperatures and thus minimal heating requirements in many developing countries. If one billion people were given modest electricity supply, even if entirely from coal as a thought exercise, it would only add 0.25% to present global emissions. While their electricity use may grow, electricity is decarbonizing faster than other sectors, and renewable energy is already the cheapest source of energy in most countries.

What low emission countries really need is the technology and finance to avoid future carbon lock-ins, and help flatten the curve. This should start with the $100 billion of support pledged by the rich at COP15 in 2009. Such funding has to be aid, not just loans for solar panels that would be built anyway. One tool is to leverage such funding to only pay the viability gap for cleaner technologies — the difference in costs between traditional (cheaper) and cleaner solutions, and not the entire cost. With support, lower effective interest rates could accelerate the crossover to clean energy sources that require high upfront investment.

While developing regions are important, they are an easier part of the puzzle. The real challenge remains the high emitters, especially if we do proper accounting. High emitters have no time left before they must rapidly reduce emissions, and they also cannot ignore the tail end of their emissions. By tackling all emissions, they would pay the learning-curve costs for solutions that would eventually trickle down to the poor, including carbon capture and sequestration, direct air capture, green hydrogen, and so on.

The biggest problem isn’t the ambition to come to zero, but how we’re planning to get there. Most people understand climate change and want to avoid catastrophic climate changes, but are they willing to shift their lifestyles and spending patterns? Unfortunately, we’re like the person who really wants to lose weight but hasn’t yet gotten around to dieting and exercising. Scientists now believe that weight loss isn’t just about total calories, but which type of calories, when, etc. Analogously, we can be innovative in not just technologies and emissions but also instruments to encourage shifts, minimize shocks, and reduce regressive outcomes. Unfortunately, unless we are cautious in accounting norms, we risk greenwashing, especially given how many Environmental, Social, and Governance (ESG) funds are currently set up. But as Scott Galloway points out, we can’t shop our way out of climate change. One saving grace is the world’s problem isn’t lack of money per se, but how it’s directed.

With COP26 around the corner, there is pressure on India to join the “net zero” pledges. While it’s the third largest emitter, that’s because of its population — its per capita emissions are less than half the world average. Some 89% of emissions are from countries with higher per capita emissions. In contrast, China was over 50% above the global average in 2019. Everyone must reach zero — but the real focus should be on what we’re doing in the short term. India should focus on peaking coal and decarbonizing its electricity sector. Normalized for scale, it already has the most ambitious renewable energy targets in the world for 2030.

The poor and low emitters aren’t the problem, and while they’re part of the solution, they cannot be the world’s salvation. Net zero pledges should be enhanced with details and given tight accounting norms, and high emitters should face stricter norms and earlier timelines. As they accelerate their reductions, innovation and finance should flow to low emitters, and all countries can become even more ambitious in lowering their cumulative emissions. A focus on the area-under-the-curve can also make the global zero more equitable.

Coastal cities have dominated tech work. A new analysis shows the pandemic may be changing that.