Expensive fish? The cost of marine protection in New Zealand 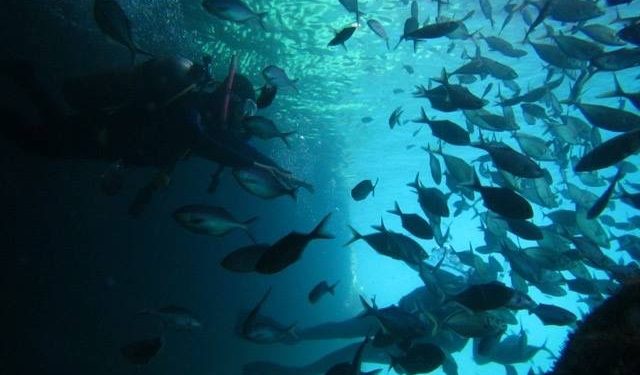 Many would agree that marine reserves are a beneficial tool for the protection of precious marine ecosystems in New Zealand. Rigorous scientific studies of the impacts of marine reserve establishment, and the benefits to biodiversity, are now well documented in New Zealand and internationally.

There is not nearly as much weight placed on assessing the actual costs of marine protection, however. Stay with me while I get some legal jargon out of the way. The Marine Reserves Act, 1971 (yes it’s archaic) states that “marine reserves may be established in areas that:

Why might we want to establish a reserve? The Department of Conservation suggests that there are both direct and indirect benefits. These can include increases in species diversity, abundance and size (everyone wants to see BIG fish, right?). Other benefits include safer nursery and spawning areas, and improved fisheries due to overflow or spill over into non-reserve areas.

Have you ever hear of “fishing the line?”, well now you know what those cheeky spearo’s (spear fishers) are up to on reserve boundaries.

Sure the benefits all sounds great, and there’s literature to back it up. But, yes you guessed it, there’s a catch (and not the slimy, scaled type this time). What is often forgotten when we study and talk about marine reserves is the financial cost. One could argue our marine reserves are priceless – but there are still many costs involved with establishment and ongoing management, and this money has to come from somewhere.

There are 44 marine reserves established in New Zealand territorial waters, and the study looked at the costs of five, with a focus on one – Taputeranga, in the Wellington area. If you are reading this you are probably well aware that funding doesn’t come easy in conservation. For that reason the authors believed that understanding these costs could help decision makers design more efficient plans, time funding requests, and allocate the money in the most effective way.

Now hold onto your googles because the figures might just blow your flippers off. For a start, the time involved in pre-establishment is astronomical, and also usually involves 1000’s of volunteer hours (although this time is donated to the cause by those dedicated people). The cost estimate for Taputeranga Marine Reserve from 1991 until the opening ceremony in 2008 totalled NZ$508,169 (inflation factored in). That’s over half a million dollars before a reserve is officially in place. Next the establishment costs come in, which includes signage for the public, baseline surveys, equipment and marking out the actual boundary.

Those costs can certainly build up. What about the indirect costs to fishers? Many coastal communities rely on income from fishing and it does contribute to our economy, therefore balance is important. These costs were calculated using confidential questionnaires and interviews of impacted fishers. Commercial ‘crayfishermen’ affected by the Taputeranga Marine Reserve said that two vessels (3 crew each) had to move to a new area. This meant longer hours, fishing a wider area using more fuel, and the need for a generator to provide light in the earlier hours. The annual displacement cost was approximately $21,000. Who knew crayfish could get more expensive!

This study, the first of its type in New Zealand, has provided very useful insights for future marine reserve planning. If finances aren’t factored in and carefully managed from the early phases of marine reserve establishment, conservation goals might be missed, or watered down.

What is really clear is that volunteers are critical. Without the countless hours, particularly in the pre-establishment phase, reserves would be even more costly. For Taputeranga’s $508,000 establishment, it is thought the government covered about 60% of this and volunteer organisations the other 40%, mostly in the form of labour. Top effort from the Royal Forest and Bird Protection Society of New Zealand (F&B) and the South Coast Marine Reserve Coalition Trust (SCMRC). Some news stories on their involvement can be found here.

The findings of this research will provide managers and volunteer groups with good visibility of what lies ahead when planning for establishing a new marine reserve. While difficult to quantify, a cost benefit analysis is a potential area for future research at Taputeranga. See here for a recent paper which evaluates this topic, funded by the Aussie government.

For now, slip into your wetsuit, a thick one preferably, and take a deep dive. See for yourself what the sea-life is like at your nearest marine reserve. I think protection is worth the cost. Do you?

Laura Williamson is a postgraduate student at Lincoln University. She wrote this article as part of her assessment in ECOL608: Research Methods in Ecology.

Internet poverty: The next frontier in development

The promise of modern services in traditional economies