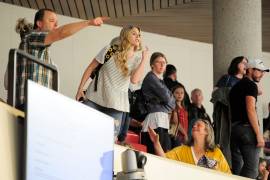 The pandemic has challenged public education in a variety of ways. School leaders, teachers, families, and students are contending with controversies over vaccines, mask-wearing, quarantine procedures, and the ever-present threat of new variants, to say nothing of students’ academic and social-emotional setbacks. During widely publicized school-board meetings, frustrated parents have been angrily pushing back against mask mandates and the teaching of America’s current and historical race relations.

Parent anger over extended school closures and curriculum were part of the prevailing media narratives about Terry McAuliffe’s loss to Glenn Youngkin in Virginia’s governor race last month. The narrative was subsequently posited as key to Republican advantages in the 2022 midterm elections. But is the narrative grounded in public opinion, or based on a vocal minority? Results from the nationally representative Understanding American Study (UAS) parent survey shed some light.

We have been asking parents about their K-12 students’ experiences since the beginning of the pandemic. During the 2020-21 school year, parents—particularly those of partially or fully remote learners—were clearly, and understandably, concerned, and measures of satisfaction with schools were low. This school year, almost all students are back in school buildings, and billions of federal dollars have flowed into the education system. Using our UAS survey, we had the opportunity to ask parents how it’s going. Across the board, we found much less concern this time around.

Across domains—overall and for all respondent subgroups—concerns in October 2021 were significantly lower than earlier time periods. For example, Figure 1 shows parents’ concerns about “amount learned,” disaggregated by race/ethnicity. Trends look similar for other domains of concern we asked about.

Notably, we did not observe meaningful differences in parent concerns between Democrats and Republicans. For example, 13% of Democrats and 15% of Republicans were concerned in fall 2021 about the amount their child was learning compared to during a typical year.

When we saw parents’ concerns drop in summer 2021, we speculated that summer break might have been the reason (i.e., there was less concern about school during the summer). We anticipated a rise in concern once school started. That rise did not happen. Instead, concerns continued to fall and are lower now than since early in the pandemic. This evidence suggests that the relative normalcy of in-person learning this year may be driving reduced parental concerns.

Black parents remain more concerned than others as of October 2021

Satisfaction with school efforts to address pandemic effects was high, both overall and for subgroups

In fall 2021, we asked parents about their level of satisfaction with school efforts to meet their children’s needs in numerous ways, including academically, socially, and in terms of mental health. Across the eight dimensions we asked about, 82% to 91% of parents were satisfied in each area (see Figure 2). The percent of “very satisfied” was generally between 35% and 45%.

This level of positivity was consistent across subgroups, including by race/ethnicity, household income, parental education level, region of the country, urbanicity, partisanship, and grade levels. In fact, the percent of satisfied parents was not lower than 75% for any subgroup. Interestingly, on whether partisan rancor during school-board meetings is representative of all parents or a vocal minority, 79% of Democrats and 80% of Republicans were satisfied or very satisfied with school efforts to adjust instruction to help children catch up from any learning losses.

Over time, we have also asked parents to grade their children’s schools on an A-F scale. We converted letter grades to numeric averages using grade point average transformations (i.e., A=4, B=3, etc.)

We compared parents’ assigned letter grades this fall to what they assigned last fall. Last fall, we found that average ratings were meaningfully different depending on whether the student was attending in person or not. Table 1’s first two columns show fall 2020 averages separately for families whose children were learning remotely and in-person at the time. Notably, assigned letter grades in fall 2020 among in-person students was similar to those assigned in fall 2021 overall, sometimes even exceeding the average given in 2021. These results suggest the sweeping improvements in parents’ ratings of school quality and satisfaction may be driven by the return to in-person schooling (even if other factors also explain part of this pattern).

Table 1: Parents’ grades of their children’s schools, by child attendance mode in fall 2020 and all responses in fall 2021

Again, parents’ responses were virtually indistinguishable between Democrats and Republicans, averaging 3.3 and 3.4 on the fall 2021 quality of education, respectively.

The big picture? With the return to in-person learning, parents’ satisfaction with their children’s schools has rebounded, and the proportion of parents who remain concerned about their kids is dwindling. These results align with the fall 2021 538/Ipsos survey of children aged 5-18 showing that children feel largely positive about their lives at home and school.

We did not observe any significant differences between Democratic and Republican parents on any measure of concern, satisfaction, or school quality grades. These results question the veracity of the notion that parents’ lingering dissatisfaction with their children’s schools is a trend that has and will continue to hurt Democrats in upcoming elections, though continued school closures could of course reverse these trends.

That said, our results do suggest some racial differences in concerns and satisfaction, with Black parents more concerned about their students’ academic progress than any other group. Given recent evidence about the disproportionate academic effects of the pandemic across student groups, these concerns are well founded and merit strong prioritization.

We gratefully acknowledge financial support from the National Science Foundation Grants No.2037179 and 2120194, the Hewlett Foundation, and the Bill and Melinda Gates Foundation. Any opinions, findings, and conclusions or recommendations expressed in this material are those of the authors and do not necessarily reflect the views of the funding organizations. We are also grateful to Marshall Garland, Michael Fienberg, and the UAS administration team for their contributions to this work.

From COVID-19 to culture wars: The growing hostility of education politics

The relationship between schooling and conflict in Afghanistan

Are You in a State of Emergency? Mid-July 2022 COVID Threat-Free Update